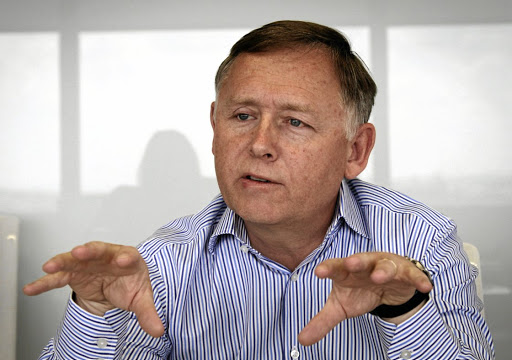 The market cheered Pick n Pay’s interim results this week — and the news that it’s bought on-demand liquor app Bottles to further its online appeal. While first-half earnings were scarred by the full effect of SA’s prolonged lockdown, Pick n Pay is on track to cut costs by R1bn, grow its lower-end offerings at Boxer and PnP Value, and ramp up its online presence. We spoke to CEO Richard Brasher.

You’ve been in partnership with Bottles since the beginning, so why buy it now?

RB: Like all small start-ups they’re creative, they’re entrepreneurial … we started working with them 18 months ago. With the advent of Covid and prohibition of liquor being brought in, that business model was obviously pretty challenged. So they converted it into an on-demand grocery app and when we started rolling it out and growing the business, in doing that they [needed] to be funded. They have the choice to either go out and get further funding, or find a partner. Now, we got on very well with the two people who were running the company and we sat down with their shareholders and agreed to buy the company because that allows us to also grow faster. We think the combination of having two online distribution centres which do a full service delivery process, and our ability to do click and collect in the stores, [presents] an opportunity to complement that with a full-service, on-demand app. Those three things make the whole greater than the sum of its parts.

Mergence analyst Lulama Qongqo was rather disparaging about Bottles and Pick n Pay’s online prowess versus Shoprite’s Sixty60. How do you think you stack up?

RB: I have no idea why the analyst felt that Checkers had got it all right and we haven’t. The truth is, if you look at the comparison between the two I think the Bottles app has a far higher number of people who are actually voting for it and it’s got a higher rating than the Checkers app … they don’t have a full-service online delivery process and they haven’t been doing it for 10 years, and we have.

How important are online sales going to be for Pick n Pay?

RB: There’s nothing more powerful than a good idea whose time has come, and Covid has obviously been a dramatic boost to people using technology. I don’t think that will continue at the same dynamic rate [as] during the height of the pandemic, but I think inexorably it’s moving in that direction. On balance I feel that there’s a big future for online [though] I think in this country it will probably be relatively modest and localised, because it does require a degree of affluence. Obviously, the trick for all retailers is [that] it’s hard to do and even harder to make money doing it.

Do you lose money through online sales?

RB: I would say that the majority of people around the world in online grocery retailing don’t make any money out of it. It’s a bit like a customer saying: "I only buy these 10 products, so what are you doing with the other 15,000?" [But] you have to follow the customer, and then you have to follow the money. So, online is a reality and people are living their lives using technology, that’s what customers want. The retailer’s job is to chase it, find out how to do it and find a way of doing it economically. But it’s not that [companies] won’t do it, because some of these new tech companies are valued on the future and they get the upside in equity rather than in profit.

Does it irritate you how highly valued these food delivery companies are, compared with traditional retailers?

Having said all this, Pick n Pay is focusing on Boxer and PnP Value, where you say the market will grow the most. What exactly does that entail?

RB: It means opening more Boxer stores, it means being close to the needs of that customer group, which is why we split the company into three major divisions. What we found in the journey at Boxer is that we’ve got people entirely focused on those groups of customers, and because of that they’re doing a better and better job. Given that that’s an area of the market that’s continuing to grow, and also an area of the market that’s being sensibly supported by the government, that’s an important part of our second half, to make sure we get better at it.

Alcohol on-demand app has branched out into grocery deliveries, offering more than 7,000 products
Companies
6 months ago

Covid-19 has prompted a ‘once in a generation’ shift to online retail — but have SA companies been caught napping?
Features
7 months ago

Pick n Pay’s shares still trail those of Spar and Shoprite, but some in the market say this is the retailer to watch
Money & Investing
6 months ago
Next Article

Woolworths to drop prices on some premium goods

Checkers likely to be rewarded

Woolworths to drop prices on some premium goods

Checkers likely to be rewarded