A rare coastal collaboration in Paternoster brought together two chefs, two hemispheres and a fascinating array of tastes 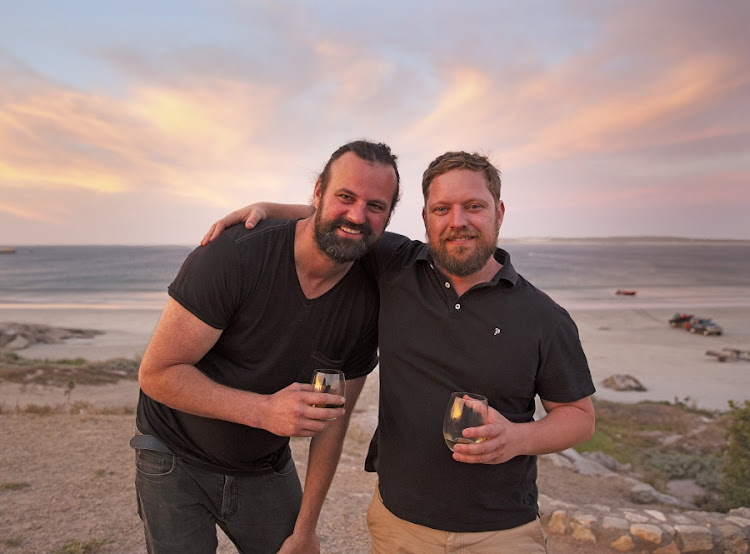 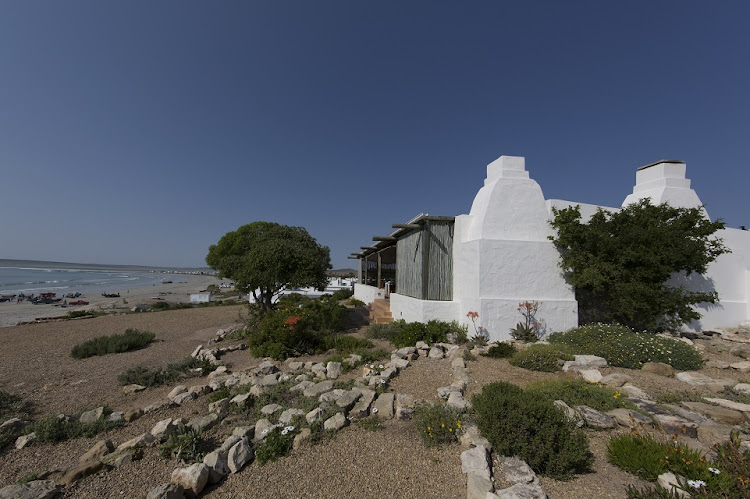 Kobus van der Merwe operates a modest restaurant in the West Coast touristy fishing village of Paternoster. Wolfgat is a simple spot with a basic kitchen and whitewashed walls, where terrace tables under a bamboo “afdak” overlook the wild Atlantic.

Its unique selling point is offering a diner a taste of the sea, at the coast — an unstuffy place where you’re struck by the single-mindedness of the unusual flavours and textures used.

Wolfgat’s only reservations are online: with 20 seats on offer every lunch or dinner, in season it’s full three months in advance, at R950 per head for seven courses. Van der Merwe confirms that if gaps open, they’re quickly filled.

Wolfgat‘s ingredients include vegetation growing wild on dunes, soil or in the sea — or sourced responsibly from fishermen. The white mussels flavouring the comforting corn and white mussel frothy soup we ate were supplied by Paternoster locals — using permits — from the beach beyond. We dunked breadsticks in a bagna cauda-style salted fish butter made with local bokkom fish — SA’s anchovy, if you like.

In turn, Hiele and sommelier wife Shannah Zeebroek booked a week-long December stay in Paternoster to collaborate with Van der Merwe, and to learn about his SA summer ingredients.

Like Wolfgat, Hiele’s Belgian restaurant is small, seating 30 for lunch or dinner. It operates from his father’s former home. Hiele forages ingredients near his restaurant, creating interest by using forgotten or unconventional techniques, and telling a story with food.

One of those stories is about Hiele’s grandfather, an original horseback fisherman. Historically these men and beasts fished on horseback in harsh conditions and filled their side baskets with shrimps from the sea. Hiele says Belgium’s remaining 12 horseback fishermen now have heritage status. A tartare of shrimps form part of Hiele’s signature North Sea shrimp cappuccino dish on his restaurant menu.

Van der Merwe’s credentials include being selected as Eat Out’s S Pellegrino and Acqua Panna Chef of the Year 2018. International recognition for this quietly-spoken SA chef came when the World Restaurant Awards 2019 named Wolfgat its restaurant of the year. Wolfgat was also awarded its global “off-map destination restaurant”. Drive through wheat fields to Paternoster and it starts making sense.

We moved on foot to a stretch of white beach. Villagers joined in. The demo table was set up metres from breaking waves, with sand spilling into our shoes. Tangy black mussels were slurped with dune celery. We watched chefs flame crayfish tail, diced with wild fennel, lemon zest and dune spinach shrub, then dressed with soutslaai juice. Raw, this dune succulent tastes like cucumber. Juiced, it had a bitter-fresh, green acidic kick.

An uphill walk towards Wolfgat restaurant for Hiele’s creation: a surf and turf combo, perfectly pitched with a lean Swartland Colombard wine called The Blacksmith Barebones. A creamy oyster atop springbok tartare, cooked sea lettuce seaweed underneath. Simplicity itself.

“I don’t like to label too much,” said Van der Merwe, when asked if he and Hiele are naturalist chefs. “We don’t even use the term foraging. It’s just about representing where we are — the location. And cooking intuitively from the landscape.”

“I’m cooking for people, not restaurant guides,” added Hiele. He talked excitedly about how Van der Merwe’s salty bokkom butter reminded him of his grandfather drying Whiting fish outside the house during childhood.

Watching them in synergy: Heile’s energy; Van der Merwe’s quiet confidence. They cooked and served, absorbing the experience and enjoyment of their diners. They created tasty, inventive food. They had fun.

What a fabulous opportunity for two chefs who favour a natural, honest approach, to learn about each other’s offerings from land and sea, in its original habitat. It was pretty special to be a diner, too.

How to do December in style

Switch off the TV, put down the mince pies and do December holidays in style. Candice Botha tells you how
Life
10 months ago
Next Article

RAZINA MUNSHI: Why pursuing ‘herd immunity’ is a ...