Pen collector has ink in his veins

How about amassing a stash of 400 fancy pens? Debbie Hathway meets someone who’s done exactly that 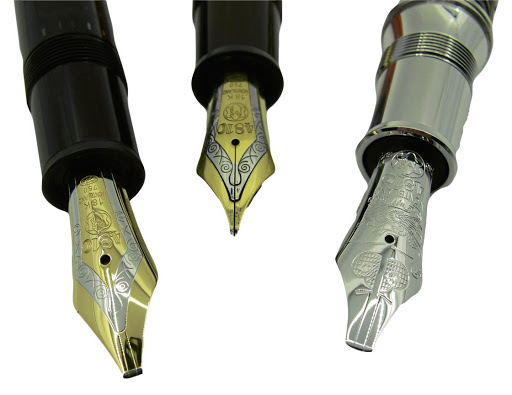 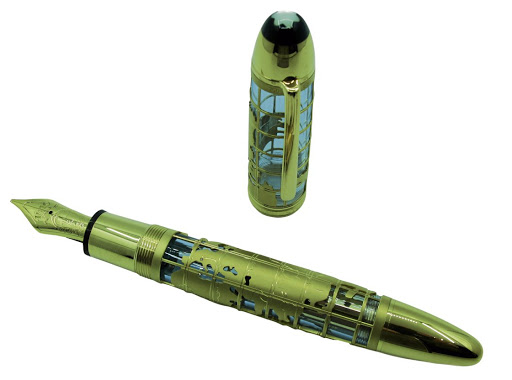 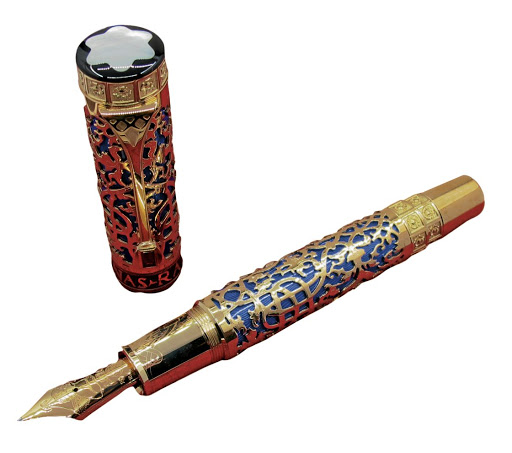 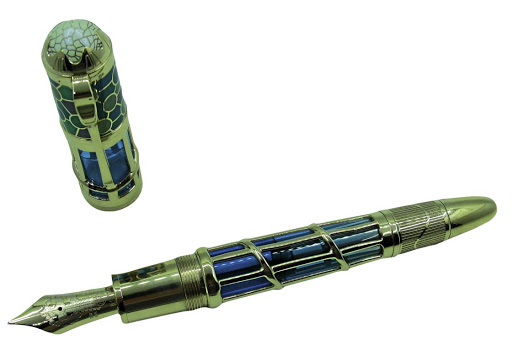 You might be surprised to hear that sales in writing instruments are growing year on year, at least for one German brand, despite the threat of the digital world to writing. It’s difficult to pinpoint why, but as Franck Juhel, Montblanc president for the Middle East, India & Africa puts it: "I have a personal belief that we are seeing the natural balance between digital and analogue. The more we go digital, the more we need to be grounded to reality and nothing is more grounding than writing on paper."

He says there are many kinds of pen collectors. "We have collectors who buy everything in twos. One to keep wrapped in its packaging, untouched, and one to use."

Collectors of high-end scribblers of the kind Montblanc produces don’t usually talk to journalists — not for publication anyway — but at the launch in Greece of Montblanc’s Writers Edition Homage to Homer pen, I happened upon a kindred spirit and major collector and got to interview him.

Our collector, let’s call him "Writing Guy" (WG), bought two pieces at that event and commissioned the design of a bespoke nib.

He says he uses every one of the 400 pieces in his collection — by rotation.

"I write with all of them. Every week I pick 10 pens, ink them up, and put them in something like a cigar box to carry with me. Come Sunday evening, I rinse them and choose the next 10."

How does he keep track? "I’m not completely fair, I must admit. There are some favourites that stay in the box."

His dad gave him his first fountain pen in high school. He continued using fountain pens into university, and so his collection began to grow. His engagement gift from his future wife? You guessed it.

"My dad never wore a ring. It’s not what I’m used to. It would have been like a collar, so restrictive I wouldn’t have been able to function. I told her if she really wanted to get me something in that same category she should get me a fountain pen. It was 1991 and we chose it together — a Parker Duofold Centennial Orange Special Edition in a cherrywood box."

That was a different time, he recalls. There was a bigger variety then, with display shelves of 20 to 40 pens in the stores, but he notes that fountain pens are gaining popularity again. "Lamy is coming in strong on the regular consumer side," he says.

For his birthday last year, WG’s wife presented him with the Montblanc Great Characters Edition Miles Davis fountain pen. The piece honours the trumpeter regarded as "a pioneer in virtually every phase of the evolution of [post-war] American jazz". Its shape is inspired by the trumpet, with trumpet finger buttons on the clip, while the blue cone recalls Davis’s Kind of Blue, one of the greatest jazz albums of all time. The cone’s shape stems from the "Heim" trumpet mouthpiece he used. The cap ring evokes his induction into the Rock & Roll Hall of Fame in 2006, while the Au585 gold nib is engraved with Davis’s silhouette.

That’s the kind of detail Montblanc artisans apply to their creations. It’s mind-blowing.

"The whole objective with each writing instrument we do — especially the limited editions — is putting all this history and know-how together in order to bring the story to life in your hand," says Juhel.

WG has been given many pens over the years, from people who no longer have any use for them or don’t appreciate their value. His oldest pen dates from what was considered the golden age of fountain pens — the 1920s — when they were treasured as status symbols. It’s a 1921 Parker Duofold. "It’s one of those dark red ones. It still writes."

When it comes to design vs story, he believes they go together. "If you don’t know the story, the design might strike the right chords, but if you know the story behind the design then it’s going to trigger something."

What got all the collectors very excited at the launch in Greece of the Homage to Homer pen is that their repeated request for a bigger nib was finally honoured. "It’s got the big nib, which is fantastic. All the Writers Editions since 1996 have had the 146, the smaller nib," says WG. "I prefer oblique, broad nibs for the shaping they provide, and how the lines vary. It gives a nice style to what the ink puts down on paper. And using a fountain pen adds some fun to an otherwise mundane task like taking notes."

One of WG’s top 10 picks, that stays in the box permanently, has a bespoke nib, customised for his writing style. "It’s a delight to write with. There are few things more annoying than writing with a fountain pen that skips. When you put pen to paper and it just flows, that’s lovely."

Until recently, he hadn’t considered pens as investment items. But then he discovered the "skeleton" pens, which feature cut-out, or see-through, designs. They require an even greater level of craftsmanship to make.

"They’re nice and heavy and I like a heavy pen. You know this is not some polymer plastic you’re writing with, this is solid metal, and you’re very aware of the weight," says WG.

"The worst thing that can happen is dropping a pen, probably because Murphy’s law says it will always fall on the tip. Fortunately with a brand like Montblanc, you have the assurance that someone can fix it at the Hamburg [factory]."

Another of our collector’s most precious pens is an extremely rare Montblanc Ateliers Privé John Harrison — created in honour of the man who invented the marine chronometer. Made of 18K gold, in a skeleton design, it features a small diamond embedded in the map where the Mont Blanc summit is. He also owns a skeleton dedicated to Antoni Gaudí, the Catalan architect who designed the Sagrada Familia cathedral, Casa Batlló and Park Güell in Barcelona. "It was very special to recently visit these places in person, after having the pen for a few years," he says.

WG also has some "very nice" writing instruments by Visconti, Delta, Montegrappa, Pelikan, Sheaffer, Marlen and other lesser-known brands — and, of course, a whole lot of vintage pens. "Some of the Viscontis and Montegrappas are serial number 000, which is the final pre-market prototype, usually kept by the factory and not sold. Don’t ask! I also have some 1950s Montblanc demonstrators. They’re very rare, completely transparent pens used by salespeople to show the inner mechanism, fully functional."

He made a special trip to Bergamo, Italy, to acquire a Montblanc MagicalBlack WidowSkeleton Limited Edition88, "one of the most sought-after skeletons among collectors. I was very lucky to find one."

He has a bespoke nib on the Montblanc Skeleton Axis Mundi, created in celebration of the Taipei 101 skyscraper in Taiwan. "I had it fitted with a double-slit signature nib and, as far as I know, this makes it the only one of its kind in the world."

So what’s next? "There are still pens on my wish list. I’m keeping eyes and ears open for the Montblanc Gustave Eiffel. It’s really beautiful, the way the structure reflects the construction of that iconic monument … You won’t find that easily, but it’s worth looking out for. Maybe one day …"

SHIRLEY DE VILLIERS: A statue, wrapped in a fumble, ...