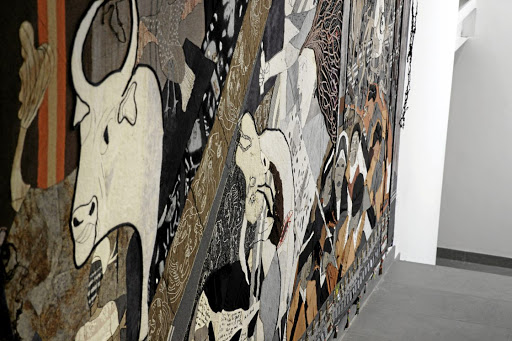 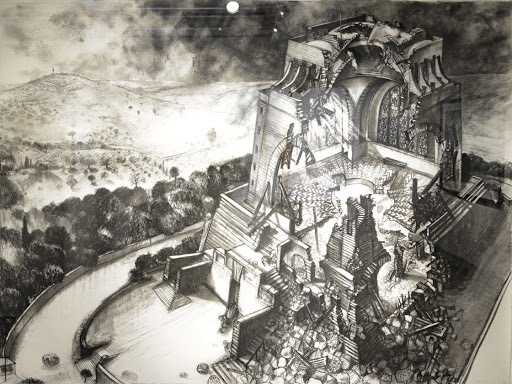 Much of the reportage and commentary following the opening of theJavett Art Centre at the University of Pretoria (Javett-UP) has been dominated by the Sex Workers Education & Advocacy Taskforce’s (Sweat) condemnation of the decision to include a work by convicted murderer Zwelethu Mthethwa in an opening exhibition, and its request that it be removed.

Mthethwa killed sex worker Nokuphila Kumalo in 2013 and is serving an 18-year sentence. Sweat says its zero-tolerance approach to gender-based violence includes zero tolerance of the "consumption of art produced by perpetrators".

The exhibition showing the Mthethwa painting is titled All in a Day’s Eye: The Politics of Innocence in the Javett Art Collection. As the title suggests, it’s far from an uncritical take on the centre’s main donor collection, belonging to businessman Michael Javett (the centre’s main sponsor, too). The collection is guest-curated by Gabi Ngcobo.

The centre has endorsed Ngcobo’s decision to keep the picture up, and is hosting a series of discussions that began in late October to air the debates raised by the artwork. In the meantime, in an article recently published in art magazine Contemporary And, Ngcobo and her team have accused Sweat of, among other things, hijacking the discussion for reasons of self-interest and of mobilising "polarising and divisive rhetoric".

Whatever the virtues of Sweat’s work might be or whatever good intentions it may have had in campaigning to have the artwork taken down, the blunt terms in which it has cast the debate about Mthethwa’s painting have detracted from the potential richness of the public discourse around the centre’s opening.

Reducing the question of what art centres like the Javett-UP can do — particularly in the face of our diminished and demoralised public art institutions — to a question of "show it vs don’t show it", based on people’s propensity for taking offence, seems like an unnecessary impoverishment of our cultural life.

The opening exhibitions not only include an incredible selection of artworks, but also raise important issues with a complexity that shows the power of looking at art, and of making it accessible to the broader public.

Another of the opening exhibitions, 101 Collecting Conversations: Signature Works of a Century, kicks off the centre’s raison d’être, which is to explore what Christopher Till, director of the Javett-UP, terms "the art of Africa", rather than the ubiquitous "African art".

"Everyone said: ‘What’s that?’" recalls Till when he first articulated this aim. His response was: "That’s the point." Rather than trying to define what the art of Africa might be in any narrow or ideological way, the centre aims to use an unanswerable question to open up the possibilities. The idea is "to trace [the] tributaries, see where they come into the mainstream, where they flow to, what they influence, what comes back again, and what is that dynamic, that signature?" says Till.

For this opening exhibition, Till approached public, corporate or private collections to gather artworks. "We asked them to give us a list of what they consider their most interesting, valuable, iconic works," he says. At first he was shown a lot of Pierneef and Stern, but prompted the curators of the collections to dig deeper, and pushed them to find the hidden gems in their collections.

Till writes in his statement on the exhibition, on a large vinyl mural at the entrance: these collections are understood, like the Javett collection, not as exemplary, but as "representative of the time and period in which they are assembled". It’s about understanding the works in context: the importance of constantly reframing history and revisiting it to set up a dynamic tension between history and ideology.

Of course, the university’s world-famous Mapungubwe collection, housed in the dark, cave-like interior of Javett-UP’s concrete architectural "mountain", anchors all the exhibitions at the centre. Because of that historical gravitas it perhaps allows them to drift a little further from narrow or literal definitions.

Part of the sheer joy of the exhibition is simply seeing some of the works together — Gerard Sekoto’s Song of the Pick, Jackson Hlungwani’s Crucifix, Dumile Feni’s African Guernica — along with all sorts of contemporary works ranging from giants like William Kentridge and masterpieces such as Judith Mason’s Blue Dress to contemporary international stars including Mary Sibande and Nicholas Hlobo. Till has not been shy to include artists who might be at risk of being swept under the carpet, too, but who nevertheless exemplify important aspects of the art of Africa over the past century.

And there are potentially controversial works. One of the most arresting, with a scale that dominates the lobby of the Javett-UP, is Alexis Preller’s Discovery, the 13m-long mural originally commissioned in the late 1950s for the Transvaal Provincial Administration (TPA). It had been mouldering in the mothballed TPA headquarters for decades. "It’s a hugely powerful piece which lends itself for investigation," says Till.

You could easily argue that its subject matter, the colonial conquest of Africa, is offensive. "It tells the story of the navigation around Africa to the East," says Till. The work is unusual for its time and context, portraying sophisticated African civilisations. Preller had a reverence for and interest in African cultures, despite the limitations of his time. However you see Preller’s intentions, just seeing the work reframed in a new building and set in dialogue with other artworks unlocks the potential for a richer understanding of our cultural history.

That first room is a tour de force, reading artworks together and against each other to tease out all sorts of questions, particularly to do with our relationship with the land. Discovery is juxtaposed with Dromedaris Donder en anderDom Dinge by Andries Botha from the JAG collection. It has incredible visual echoes of the Preller, but tells the story of colonial conquest in a completely different way, from the perspective of resistance to the apartheid regime.

In the same room, Monument, Diane Victor’s image of a collapsing Voortrekker Monument, which is part of her ongoing satirical Disasters of Peace series, explores the "need for the eradication of aspects of the past", as the wall text has it. It’s worth remembering that as part of Pretoria’s inaugural Cool Capital guerrilla biennale in 2014, a citywide event convened by Pieter Mathews, the architect who designed the Javett-UP, Victor drew a 13m-long image of Paul Kruger’s body in state in the thick dust on the floor of the TPA building in front of Discovery. She called it Let Sleeping Ghosts Lie, and wrote at the time that it referred to "the ghosts and shades of histories past that are best not to be woken from their slumber", bringing more complexity to the question of forgetting, particularly in relation to the Preller work.

In another take on the question, there’s a historical Hillary Graham painting from the 1990s of the SS Mendi (a ship that sank in World War 1 killing 600 members of the SA Native Labour Corps). This is usually read as part of an anti-apartheid narrative of recovering obscured histories.

Still in the first room, there’s a work by Pierneef, and just behind it, a parody by Wayne Barker commenting directly on the ideological problems inherent in Pierneef’s pristine, unpopulated landscapes. Around the corner, Sekoto’s Song of the Pick, painted just before he went into exile in Paris, represents black labourers working on the land under the direction of a white "baas", introducing a counternarrative. (Interestingly, Preller met both Pierneef and Sekoto.)

This kind of associative curation is sustained throughout the exhibition, teasing out our complicated relationship with landscape, identity, history and politics, not to mention the diversity of artistic styles and media used to give form and expression to the ideas the artworks explore. It’s an object lesson in how meaning is not fixed, and of the value of constantly engaging with historical works.

Too often, the Javett-UP is mentioned in the same breath as Zeitz MOCAA and the Norval Foundation in Cape Town. There are undeniable similarities, but there is something specific about the Javett-UP. Till points out that the centre’s affiliation with the university "is a very powerful, strong element" that helps to give the Javett its particular flavour, and gives it a mandate beyond the need simply to be popular. The imperative to be "accessible, demystify the museum experience, demystify the world of art and get beyond academic speak" is counterbalanced with the need for a certain amount of rigour, research and a clear educational function.

The opening exhibitions have set the tone, bringing complexity, complication and difficulty to local art that injects real energy into the question of what the art of Africa is and might be, and proposes a rich inclusive relationship with art beyond mere "consumption".

ART: Faces of a changing country

1.
Destructive farming is the issue — not whether ...
Life
2.
The science behind throwing a knockout punch
Life
3.
Could intermittent fasting be the holy grail of ...
Life
4.
Amarok scoops SA’s best bakkie title
Life / Motoring
5.
WINE: A marvellous merlot
Life / Food

It’s everybody’s art dream — a Caravaggio in the attic

Art and science collide in pursuit of the deepest darkness

CHRIS THURMAN: A serious lesson in the art of seeing comics

CHRIS THURMAN: Collector residency grows understanding and appreciation of the ...

It’s everybody’s art dream — a Caravaggio in the attic

Art and science collide in pursuit of the deepest darkness

CHRIS THURMAN: A serious lesson in the art of seeing comics

CHRIS THURMAN: Collector residency grows understanding and appreciation of the ...

1.
Destructive farming is the issue — not whether ...
Life
2.
The science behind throwing a knockout punch
Life
3.
Could intermittent fasting be the holy grail of ...
Life
4.
Amarok scoops SA’s best bakkie title
Life / Motoring
5.
WINE: A marvellous merlot
Life / Food

PETER ATTARD MONTALTO: Will SA be going forward or ...