A lot of shooting goes on in moviemaking, so you'd think they would observe gun safety 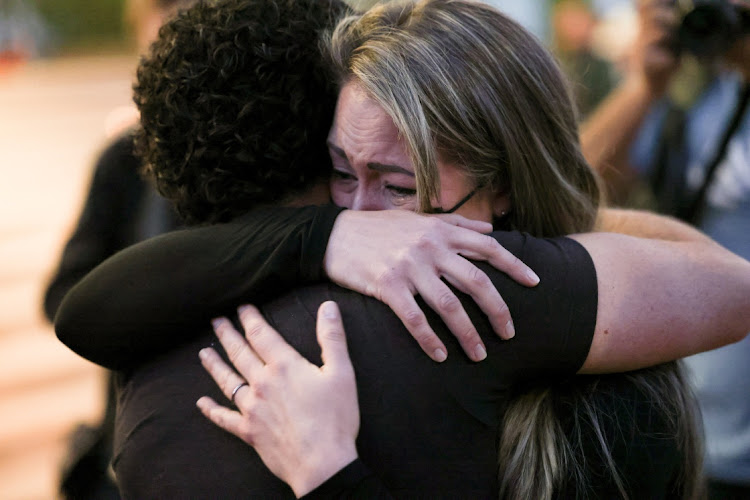 Members of the local film community mourn the loss of cinematographer Halyna Hutchins, who died after being shot by Alec Baldwin on the set of his movie "Rust" at a vigil in Albuquerque, New Mexico. Picture: REUTERS/Kevin Mohatt

Given Hollywood’s enduring fascination with putting loaded weapons into the hands of people who pretty much expect other, less important people to do such things as wipe their bums for them, the great surprise is that more people don’t die from bullet wounds on set.

Then again, Hollywood is a place where pistols and machineguns never run of out of bullets — unless it’s in the script — and gangsters stuff loaded pistols into the waistband of their jeans, something which in real life usually results in a trip to casualty for intimate and painful surgery.

Moviemaking is a lot like going to war, with long and grinding stretches of time where nothing happens, punctuated by sharp moments of terror. In between takes, people fiddle with stuff.

So Jon-Erik Hexum, star of the US series Cover Up, put a .44 Magnum loaded with blanks against his temple and pulled the trigger during a break in filming. The paper wadding in the blank round hit with such force that it drove skull fragments into his brain.

Brandon Lee, son of Bruce Lee, died after being shot in the abdomen while filming on the set of The Crow in 1993. The crew had failed to examine the weapon before the take and so did not see the real bullet that killed Lee stuck in the barrel.

That actor Alec Baldwin, with a loaded gun, managed to shoot two people, killing one, on the set of Rust this week suggests major safety lapses, starting with the basic discipline taught at shooting ranges that you never point a gun at anyone unless you mean to do them harm.

But movies are all make-believe. And everyone knows that no-one ever really dies in the movies.

Halyna Hutchins was pronounced dead after being taken to hospital, while the film’s director, Joel Souza, was treated for injuries sustained in the ...
Life
1 month ago
Next Article