Taking on cynics and making a tacit appeal for support, President Cyril Ramaphosa last night declared that history would absolve him over his handling of the corruption crisis in the country 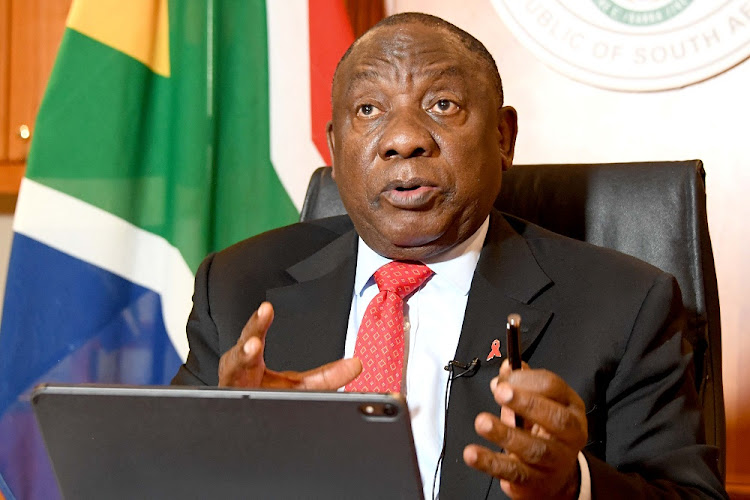 Taking on cynics and making a tacit appeal for support, President Cyril Ramaphosa last night declared that history would absolve him over his handling of the corruption crisis in the country.

The fight against corruption has been a “slow burn”, Ramaphosa told the SA National Editors Forum on Wednesday; it’s an incremental process of tackling an “incapability war zone” in the state that was due to the state capture project.

Ramaphosa also made a tacit appeal for support, as his political star has rapidly faded during the tough months the country faced under severe lockdown restrictions and allegations of corruption around the state’s purchase of personal protective equipment (PPE).

“The best way to change nations is to back reformers … it is to stand behind reform efforts,” he said.

Ramaphosa is feeling the heat as frustration grows over SA’s corruption crisis and the failure by law enforcement agencies to hold those responsible to account.

This is especially as his campaign ticket in the heady run-up to the ANC’s elective conference at Nasrec in December 2017 centred on fighting corruption. He was billed as the reformer, and his administration was meant to be the antithesis of the predatory state which had been fashioned over the previous nine years under the rule of former President Jacob Zuma.

In recent months SA’s predatory elite has sunk to new lows as allegations emerged that Covid-19 relief funds had been misappropriated and PPE purchases rigged.

Last night Ramaphosa faced a grilling over the lack of accountability for this looting. But he stuck to the script, arguing that his duty is to build capacity at law enforcement agencies and strengthen institutions — not lead prosecutions.

“The day you have a president who will arrest people, prosecute people and jail them is the day you should run for the hills,” he said.

Still, he acknowledged that invariably the blame for the slow pace of reform would rest on his shoulders.

Yet, he said: “History will absolve me because the determination to do things right is there ... we may be moving at a slow pace … but we are painstakingly putting things right … we have now reached a stage where the change we want to see is happening,” he said.

He cautioned that those who want to continue looting are bound to push back, but said his resolve remains undimmed.

With the spotlight firmly on corruption, there are now proposals to create a structure akin to the Scorpions — the elite investigating directorate that was abolished in 2008 after numerous probes of political office-bearers.

Ramaphosa described the pandemic as a “game changer” in both the fight against corruption and reviving the economy — a move given impetus by his decision to release the identity of all Covid-19 service providers.

Despite fierce criticism, he remains adamant that the hard lockdown implemented by his administration was the correct one. This is despite the steep fall in GDP growth that was revealed by figures released this week. Ramaphosa said he was not surprised by the contraction.

On Tuesday Stats SA announced that the economy shrank by an annualised 51% during the second quarter, the worst quarterly collapse on record.

“I did expect that it would be quite severe,” he said.

SA was already facing a grim economic picture when the pandemic landed — the country had lost its investment rating and was already entering a recession. The pandemic dealt SA a “triple blow”, Ramaphosa said.

Ramaphosa is set to address the nation next week, with a likely announcement of further easing of lockdown restrictions.

The battle is by no means over, but it is becoming clear that the Zuma-Magashule hurdle is no longer an insurmountable one
Opinion
9 months ago

The second-quarter contraction is SA’s biggest on record, and will hit the country’s faltering confidence
News & Fox
9 months ago

‘Normal’ is a nightmare, yet with the virus in retreat, it looks like a place we are headed back to with a vengeance
Opinion
9 months ago
Next Article

CHARMAIN NAIDOO: Ramaphosa proves he has teeth — so let’s feel his bite!

CHARMAIN NAIDOO: Ramaphosa proves he has teeth — so let’s feel his bite!