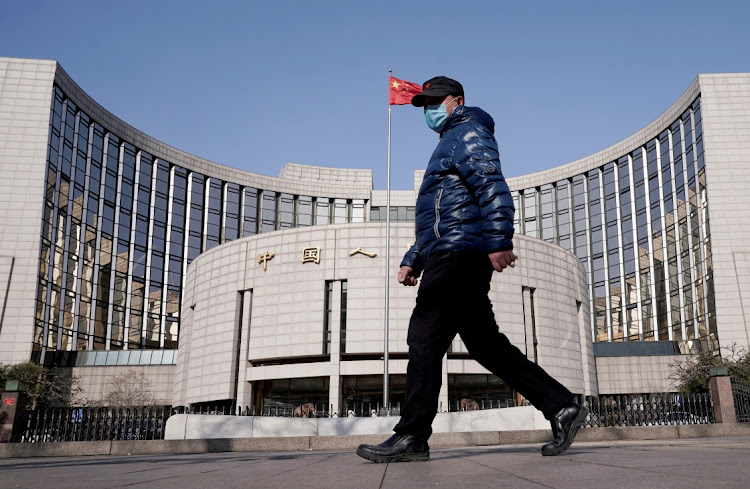 The headquarters of the People's Bank of China. Picture: REUTERS/Jason Lee/File Photo

Bank of China’s net profit surged almost 70% in the fourth quarter of 2020 compared with the same period the previous year, while the Agriculture Bank of China’s net profit rose 61%. Last week the Industrial & Commercial Bank of China and China Construction Bank posted better-than-expected net profits. Some analysts expect China’s banking sector to outperform in 2021, in an environment that’s likely to be easier than last year’s, reports The Economist.

Rwanda President Paul Kagame will be furious and his praise singers embarrassed, again, by an explosive new book Do Not Disturb: The Story of a Political Murder and an African Regime Gone Bad. Written by veteran Africa journalist Michela Wrong, it traces Kagame’s rise to power together with his childhood friend and later spy chief, Patrick Karegeya, who was found murdered in SA after they fell out. The title comes from the sign his killers hung on the door of the Sandton hotel room in which his body was discovered. Kagame, known to comrades as Pilato (after Pontius Pilate), denies moral responsibility for any of the mysterious murders of his opponents. Wrong has no truck with those who turn a blind eye to rights abuses in Africa in the name of growth, calling it racist.

Georgia Tech has unveiled a world-first: a 3D-printed specialised antenna the size of a playing card that can harvest electromagnetic energy from 5G signals and use it to power devices. In short, it turns 5G networks into wireless power grids. Wireless communications put a lot of energy into the air, says New Atlas, an online tech magazine. There have been various projects to harvest that energy — for example, using short-range Wi-Fi signals, TV broadcasts and radio signals. One device aims to increase the life of a smartphone’s battery by 30% by harvesting the radio waves the phone itself generates.

US, UK, Switzerland and Japan regulators closely monitoring developments at US investment firm
Companies
4 months ago