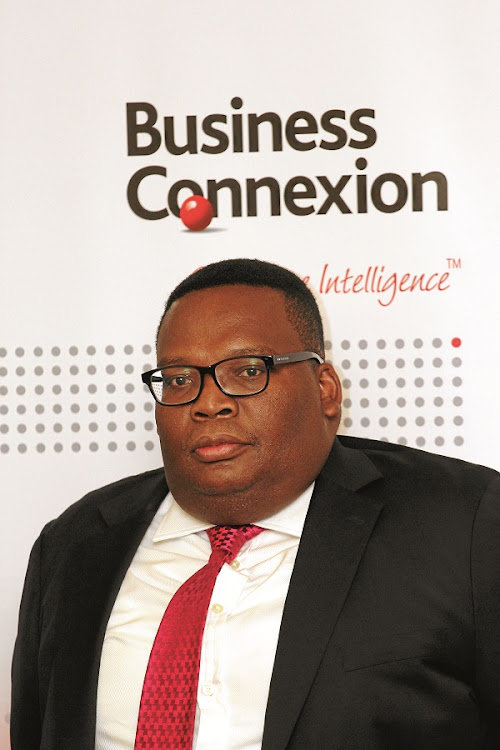 Plans to expand the newly merged Business Connexion and Telkom business beyond SA’s borders have been scrapped — for now. Ideas about consolidation loom larger, according to Isaac Mophatlane, recently announced CEO of Telkom’s reconstituted enterprise unit.

The prevailing pessimism about global economic growth and uncertainty about the impact of Britain’s exit from the EU are causing business leaders — Mophatlane included — to tread cautiously.

Several years ago, while his brother Benjamin was still alive and leading Business Connexion, seeking new revenue streams in other countries was high on the agenda. But now he says: “I don’t think we’re as bullish as we were about five or six years ago with some of the expansion plans. It’s a time to consolidate ... we’ll grow with caution.”

Mophatlane was recently announced as the new CEO to lead and execute the integration of Telkom Business into Business Connexion.

His appointment was not as surprising an event as when his twin brother died unexpectedly in 2014 and Mophatlane was suddenly handed the baton.

It was at a meeting with Telkom to discuss the takeover that the charismatic Benjamin Mophatlane complained of chest pains. He died later that day.

The Mophatlane twins, who were raised in Ga-Rankuwa near Pretoria, launched their IT company as computer resellers. Their Midrand-based firm evolved to offer IT services, from desktop support to application development and storage in data centres. It employs more than 6,000 people on the continent and generates millions of rand in turnover.

The deal with Telkom has boosted Business Connexion’s connectivity services and Telkom’s IT expertise.

For customers the merger means: “We are able to host your information in the cloud and give you 99% of [connectivity] redundancy to be able to access that data. So the world of connectivity, the world of data centres and the world of managed services all come into one,” Mophatlane says.

The merger comes at a time when concepts such as convergence, big data and analytics and the Internet of Things are bandied about as catchphrases but they are still largely exploratory territory for IT and telecommunications companies.

The market is also less regulated than before and it’s open to competition from international IT firms such as HCL and Wipro, says Mophatlane.

But a merged Business Connexion and Telkom gives both companies the edge over their rivals. “We’re a true convergence player,” says Mophatlane.

“I think we are the envy of our competitors because that’s exactly what some of them have been trying to do.”

As for the integration, Mophatlane says it entails a new operating model, which will be “radical and enterprising”. Consolidation may be a consideration but retaining much-needed skills is key.

Mophatlane is not yet planning his own exit from the company. “I’m still as excited ... I’m still having fun.”

Children dying of Covid-19 in SA often also have HIV