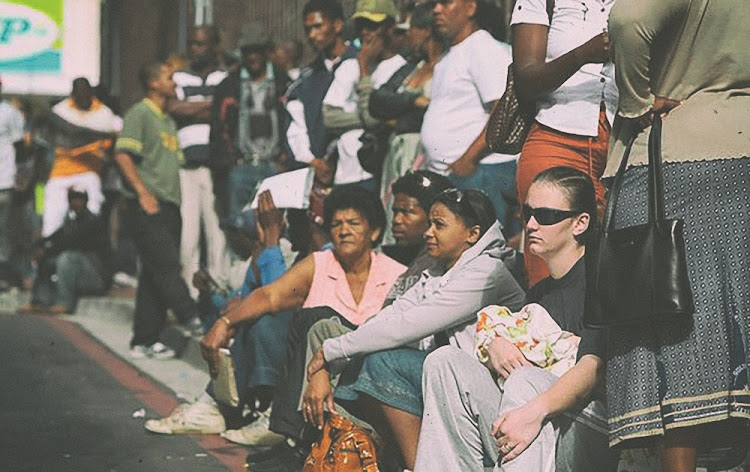 As we move through the various stages of the pandemic, important welfare questions arise relating to employment changes in SA.

By analysing new labour market data from the Nids-Cram survey, we can investigate who was most affected by the pandemic and lockdown. And by comparing results from wave 1 and wave 2 of the survey — which coincided with level 5 of the lockdown in April and level 3 in June — we can investigate the extent to which employment losses were temporary.

Because the regulations imposed during the various stages of lockdown affected the ability of certain occupations and industries to trade, it is crucial to take these into account when interpreting labour market outcomes.

Our primary finding is that the proportion of adults aged 18-59 who were employed stabilised between April and June, at about 48%. This was still between 8 and 9 percentage points below the level in February, before the lockdown was implemented.

We also observed a significant decrease in the proportion of people who were furloughed between April and June. The fraction of those who were employed in February but either temporarily absent from work, or reporting both zero hours and zero earnings (collectively defined as furloughed), decreased from 10.3% to 5.3% between April and June, as restrictions were relaxed.

More generally, we found a substantial amount of churning in the labour market, with almost a quarter of the people who reported being employed in April having been either furloughed or out of work in June. On the other hand, about 15% of those who were not employed in April had found employment by June.

Some of this churning may reflect errors in accurately measuring such short-term changes in the labour market. But some of it is real, and thus reflective of a substantial and rapid restructuring of the local labour market due to the pandemic and lockdown.

With more waves of Nids-Cram data, we’ll be in a better position to assess the extent to which the labour market is bouncing back or restarting in new directions.

One very strong feature of the data is that respondents’ information can be linked with their information from the Nids panel survey, which ran from 2008 to 2017. This allows us to provide much more context for employment dynamics in 2020 by examining the relationship between a person’s long-term employment history and his or her outcomes under Covid-19.

Adults aged 25-50 in the Nids-Cram survey were classified as historically stable employed, transient employees or persistently nonemployed on the basis of their recorded employment (or lack of employment) at five points in time between 2008 and 2017.

Those with a very limited history of employment faced higher rates of job loss during the pandemic: 30% of the persistently nonemployed who had been employed in both February and April had lost work by June. In contrast, 13% of those who had a more stable employment history and had kept their jobs in April had lost employment by June.

Job gains also correlated with employment history, especially in the early period of the lockdown. Of those who did not have jobs in February, 34% of the historically stable employed had found work by April, compared with just 8% of the persistently nonemployed and 25% of those with transient employment.

While those with a stable history of employment were not immune to the shock, those with more limited or volatile employment histories bore the brunt of it.

This makes it likely that the pandemic has widened gaps in job security and stability between already precarious workers and more established ones.

These changes in the labour market have a clear mapping to inequality. The changes that were manifest between February and April were clearly inequality-enhancing. Less-skilled workers and low-wage earners were more likely to lose their jobs or be furloughed. And only some of them regained employment and pay between April and June.

Also, those with historically less stable employment were more likely to lose work between April and June.

While the most recent changes reduced some of the inequality in the labour market between April and June, they were not large enough to offset the changes observed between February and April.

The net result is that labour market inequality in June was still significantly higher than it had been in February.

*Daniels is a former principal investigator of the National Income Dynamics Study; Espi-Sanchis is a researcher at the Southern Africa labour & development research unit (Saldru); Leibbrandt is the director of Saldru; Ranchhod is deputy director of Saldru. All are with the University of Cape Town’s school of economics

How four months wiped out 10 years of jobs growth, and created millions of new grant recipients
Features
8 months ago