A fishy donation puts Namibia’s Hage Geingob on the spot

A recent report about a R12.5m donation to ruling party Swapo, allegedly from the state-owned fishing company, could put Namibia’s president in an awkward position 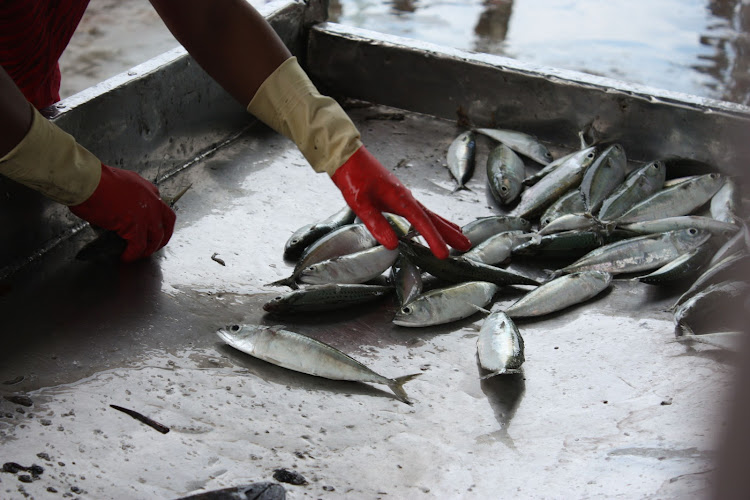 New allegations about corruption and patronage in ruling party Swapo will have left most Namibians feeling they’re not getting value for money from the country’s generous public funding of political parties.

"The regulation of party-political finance is a mess," says Graham Hopwood, director of the Institute for Public Policy Research in Windhoek. "Namibia needs a new, rigorous system to regulate donations to political parties, which should require all donations over a certain amount, for instance [R5,000], to be listed and declared publicly."

Last week The Namibian newspaper reported that the running expenses for President Hage Geingob’s 2017 campaign for party president were allegedly financed by funds skimmed from state-owned fishing company Fishcor. The report was based on bank records posted online by whistleblower Jóhannes Stefánsson, the former director of Icelandic fishing company Samherji. The company, with Fishcor, is at the centre of the "Fishrot" scandal — an alleged bribes for fishing rights scam.

Under the line item "government objectives", Fishcor allegedly transferred the money — about R12.5m, which paid for everything from salaries and T-shirts to transport — to Celax Investments Number One, a company owned by lawyer Marén de Klerk, which then transferred the funds to Swapo.

The funds were presented to Swapo as a donation from the white business community, says party spokesperson Hilma Nicanor.

Cryptic entries of expenses in Celax’s bank records from 2014 to 2017 refer to "The Project", raising concerns about a political slush fund — particularly in light of a report in The Namibian that suggests Fishcor may have paid R17.2m to Swapo organiser Armas Amukwiyu and other close mutual associates of Geingob and cabinet secretary George Simataa via the trust of Geingob’s personal lawyer, Sisa Namandje.

The payments from Celax’s and Namandje’s accounts were allegedly distributed mainly among people closely associated with "team Harambee", as the group lobbying for Geingob’s second term was known. 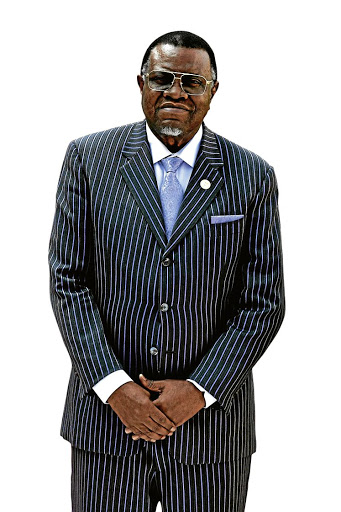 De Klerk, who has been in hiding in SA since late last year, insisted to the Republikein newspaper that he has been made the scapegoat, and says he now fears for his life.

Following the arrest of former fisheries and justice ministers Bernhard Esau and Sacky Shanghala in November, Geingob made his only public statement on Fishrot. But it now seems he may have been economical with the truth when he claimed an inspection of Swapo’s books would prove it did not receive any money from Fishcor.

He did, however, acknowledge the need for legal clarity on donations — something that did little to silence accusations from Swapo’s conservative flank that he’d bought his nomination with dirty money.

But the real question is why a donation would be necessary, given the generous funding Swapo receives under Namibian law.

Since 1997, parties have received state funding for their activities equivalent to 0.2% of their revenue in the previous year and shared in proportion to the number of seats they hold in the 100-seat National Assembly.

Under this scheme — which Swapo pushed through as an investment in democracy — the ruling party pocketed R234m between 2000 and 2015. The three largest opposition parties together received only R47.8m, leaving them at a distinct disadvantage in a political system driven by patronage.

In the run-up to elections last year, Swapo — with 77 of the 96 voting seats in the National Assembly — pocketed R93.2m, or 80% of the total budget allocated to the six political parties represented in parliament prior to the election.

The substantial drop in support has in no small part been attributed to the Fishrot scandal, which broke in the run-up to the election — though Geingob’s detractors in Swapo blame him for the party’s declining political fortunes and a failing economy.

In a political climate where patronage is often tied to fishing concessions and other deals, calls for party finance reform simply are not welcome at the moment.

A recent ruling by the high court that the Law Society of Namibia doesn’t have a proper mandate from its council members to force Namandje to hand over files on his clients implicated in Fishrot may have bought Geingob a little breathing space — for now.

Namibia at 30: Is Swapo running out of road?

Is the tide turning for Namibia’s fishing sector?

Namibia at 30: Is Swapo running out of road?

Is the tide turning for Namibia’s fishing sector?