Facebook’s actions met with general approval when it blocked Ugandan government propaganda masquerading as news. When it limited the sharing of actual news links in Australia, it elicited outrage 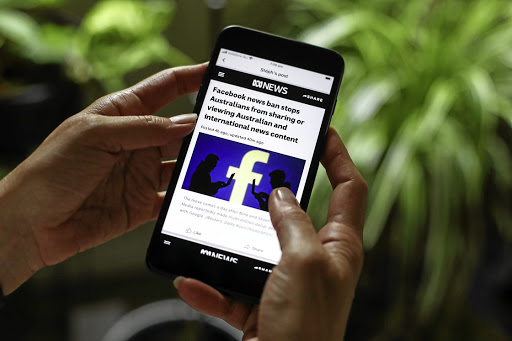 The Ugandan elections have wended their predictable way to a contested victory for President Yoweri Museveni, who has now been the people’s favourite since 1986.

This is Museveni’s sixth term of office, and he has now been ruling for 35 glorious years. That’s about 27 years longer than another famous Ugandan president, Idi Amin, whom Museveni helped forcibly remove from power.

Come to think of it, Museveni also helped in the rebellion against Amin’s successor, Milton Obote, who ruled from 1980 to 1985, just before the Museveni era began.

Robert Kyagulanyi Ssentamu, the erstwhile young challenger to Museveni’s reign, better known by his stage name Bobi Wine, could have used a bit of experience with successful rebellions.

I say rebellions, because this is basically what democracy is reduced to when you have a dictator. And Wine, 38, can take heart from the fact that the 76-year-old Museveni, Africa’s third-longest-serving head of state, had to fight a 15-year insurgency before he became ruler.

Wine didn’t really stand a chance in the January elections.

Journalists who reported on his campaign were harassed and punished, and the military forcibly stopped him from holding rallies. They killed one of his bodyguards, shot his manager while he was sitting next to Wine, and killed at least 54 people — 54! — who were protesting Wine’s arrest.

The military also surrounded Wine’s home, placing him under house arrest to "protect" him.

The media was a particular target, with at least 10 journalists so badly attacked they had to be hospitalised, and several more detained. The Museveni-appointed media council took away the certification of all journalists, and forced them to register with it if they wanted to cover elections.

These are all old-school tricks from the Dummy’s Guide to Dictatorships, but that venerable tome has been updated in the past decade or so to include a new chapter on digital dictatorship.

Uganda is the latest in a long line of oppressive governments to shut down the internet.

According to Access Now, an independent monitoring group referenced on the BBC, there were 25 documented instances of partial or total internet shutdowns in 2019, compared with 20 in 2018 and 12 in 2017.

Some 2020 examples are Tanzania restricting access to the internet and social media applications during elections in October; Ethiopia imposing a nearly month-long internet shutdown in June after unrest following the killing of singer and activist Hachalu Hundessa; and Zimbabwe, Togo, Burundi, Chad, Mali and Guinea restricting access to the internet or social media applications at some point during the year.

On January 12 — two days before Ugandans went to the polls — Museveni announced a social media shutdown in response, it seems, to the squeezing of government propaganda outlets online.

The Digital Forensics Research Lab, or DFRLab (disclosure: a partner of my organisation, Code for Africa), reports that Facebook took down pages associated with seven Ugandan news websites for "engaging in co-ordinated inauthentic behaviour on January 8, six days before the country’s presidential elections".

That Google has done a deal with Rupert Murdoch’s News Corp to pay for content seems to indicate that the devil can, in fact, do a deal with the devil at
the circular crossroads where power and platforms collide

"Journalists, editors, and founders of the websites were included in the large network that Facebook linked to the ministry of information & communications technology’s government citizen interaction centre," it said. "Facebook took down a government-linked network for having used fake and duplicate accounts."

Essentially, the pages were featuring content copied from the official governing party and pretending it was news.

And if you ever doubted the galvanising effect that former US president Donald Trump had on the confidence levels of despots everywhere, consider this quote from Dixon Kagurusi Ampumuza, an aspiring politician for the ruling party and spokesperson for one of the offending websites.

"I think the witch hunt is not proper against media houses and individuals that support the government or President Museveni. As a media house we are supposed to set an agenda that is globally acceptable, just like in [the] US Fox [News] is known to support Republicans, and CNN for democrats," DFRLab quotes him as saying.

"I see the censorship and control by the West as part of neo-colonialism. It’s very unfortunate that we are undermined and questioned about our decisions."

The Uganda communications commission ordered providers to suspend internet services in the country indefinitely. And, to make sure that people couldn’t circumvent this shutdown, the government also made it a criminal offence to use virtual private networks (VPNs).

In general, there was approval for Facebook’s actions, an example of one of the big platforms taking responsibility for stopping the spread of misinformation.

There was a markedly different response to another Facebook takedown, this one in Australia.

After the Australian government’s decision to pass a law requiring Facebook to actually pay media organisations for the news and other content that appear on its platform, the big blue behemoth reacted by blocking the sharing of news links.

Unfortunately, Facebook also inadvertently — one assumes it was inadvertent, rather than unsubtle blackmail — shut down the pages of several government agencies providing critical information, and some emergency and service sites.

Cue huge outrage, with many pointing to the critical role that Facebook has in the dissemination of vital information.

It appears we approve when social media platforms target governments with which we disagree, but not when they act against those we support.

Facebook and Google have been in a fight with lawmakers in Australia for a while now, and have taken different stances. Google has done a deal with Rupert Murdoch’s News Corp to pay for content — which seems to indicate that the devil can, in fact, do a deal with the devil at the circular crossroads where power and platforms collide.

Europe is also gearing up for the fight against what seems, when you step back, the inordinate power that US digital platforms wield when it comes to interfering — actively and/or accidentally — in our lives.

I won’t bore you with all the details, but one of the interesting things is Microsoft’s contribution to the contested terrain.

In Australia, the company expressed support for the legislation, seeing a chance for its own search engine, the lamentably named Bing (not as bad as Zune — remember that? — but still pretty bad) to potentially steal some market share from Google.

Microsoft has said it will back similar measures in Europe, and potentially — I imagine — Africa.

This is relevant to us in SA, and indeed all of Africa, because we’re generally a toothless adversary when it comes to any foreign intervention, and this is especially true of digital platforms.

Hidden among the DA’s oh-so-many hysterical campaigns to stop the ANC stealing all the candy is one by Phumzile van Damme, DA member on the parliamentary portfolio committee on communications & digital technologies.

She’s managed to get parliament to invite (it started out as "summon") Facebook to come and "account on several matters, including its role in misinformation and the protection of the digital privacy of its SA users".

Google and Twitter, Van Damme tells us, will be next.

Those who tend to distrust the government’s interference in our access to freedom of speech will be rightly nervous, though Van Damme does say "the aim of questioning Facebook should be to ensure that the interests of the people of SA are protected and not an attempt to exert control or limit freedom of expression".

It’s refreshing, though, that we have politicians willing to take a look at this difficult area. It might be fanciful, but I think wistfully of the potential to emulate the sort of influence the US has had on African politics — only, in this case, Facebook and Twitter are the democratically elected governments, and Bing is the CIA that will help us to destabilise them.

It’s going to be a tricky balancing act: on the one hand, asking the big operators to help us to fight dictatorships by giving people access to communications and rallying platforms, but on the other, trying to stop them becoming the oppression we’re trying to fight.

Instead of a lively Fourth Estate able to verify information and act as a lodestone for society, what we have is rampant disinformation and ...
Opinion
7 months ago
Next Article

Local elections are one factor in delay in SA ...

DA record on inner-city housing in Cape Town under fire