Australia is putting its foot down, in a move meant to ensure that established, trusted news media do not lose their position as sources for unbiased views. But the social media platform is fighting back 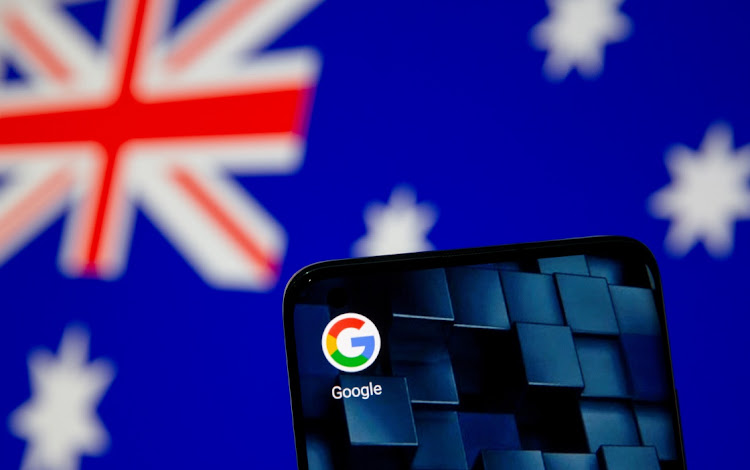 In the digital age, the internet has become so saturated with news that many readers scarcely think about buying a newspaper.

To counter that, and to support news organisations, the Australian government introduced the News Media & Digital Platforms Mandatory Bargaining Code Bill on February 15. It is intended to require social media giants to pay for editorial content posted on their platforms.

Facebook responded by immediately restricting news sharing on its platform in Australia. On February 19, total web traffic to Australian news sites dropped 13%. On February 23, it vowed to reinstate all news posts in the upcoming days.

Legislators worldwide have been investigating social media’s role in the huge decline of traditional media’s advertising revenue. Targeted advertising using "smart" algorithms on these social platforms is a far better investment from advertisers’ point of view.

Google and Facebook both initially said Australia’s proposed revenue sharing code was unworkable. Google threatened to block its full search functionality in the country. Facebook has stuck to the notion that its platform promotes journalism worldwide.

"The proposed law fundamentally misunderstands the relationship between our platform and publishers who use it to share news content," says a spokesperson for Facebook SA, speaking on condition of anonymity.

At a fundamental level, the internet functions because we can link to content at will. Tim Berners-Lee, the inventor of the world wide web, is concerned that Australia’s proposed legislation will make the internet "unworkable".

"Specifically, I am concerned that [the] code risks breaching a fundamental principle of the web by requiring payment for linking between certain content online," Berners-Lee said in a submission to the Australian senate inquiry about the code, reports The Conversation. "The ability to link freely — meaning without limitations regarding the content of the linked site and without monetary fees — is fundamental to how the web operates."

But a small tweak to the code would prevent this, writes Tama Leaver, professor of internet studies at Curtin University, in The Conversation. "It would allow us to focus more on where big platforms actually provide value for users, and where the clearest justification lies in asking them to pay for news content."

Google and Facebook tend to package news articles in categories, with an image and a short intro. If the bargaining code was specifically aimed at this type of "rich media" packaging services, it could charge a premium, but that is not the case with simple links, Leaver says.

Facebook’s decision to pull users’ ability to share news presents a larger, more pressing problem, however. Without access to trusted news sources, Australians could see an increase in misinformation on the platform.

Hours into the total news ban on Facebook, accounts run by government bodies and state health departments also lost their posting privileges — days before the country was due to roll out its vaccines. Senior Facebook Asia-Pacific executive Simon Milner had to apologise for this.

In SA, Helene Eloff, legal adviser at Caxton & CTP Publishers, tells the FM: "Nonmedia Facebook users who distribute misinformation will keep doing so. Australians still see fake news but [will not be] able to distribute or see any news from newsrooms.

"The latter, with all their checks and balances, are barred from sharing verified facts in the public interest and, at times, debunking dangerous misinformation."

Will Berryman, CEO of the Royal Institution of Australia, publisher of Cosmos Science Magazine, said in a statement: "We hope that Facebook [will] remedy this quickly, because we’re in the business of sharing important, science-based information at a critical time, and it serves no-one’s interest to have that lost and replaced by unchecked stories."

The accessibility of trusted information is vital. Facebook’s decision to restore news is reliant on changes to the news media code that will not apply to Facebook as long as it can show it has signed enough deals with media outlets to pay them for content.

David Cicilline, US Democratic congressman and chair of the House of Representatives antitrust subcommittee, tweeted: "If it is not already clear, Facebook is not compatible with democracy. Threatening to bring an entire country to its knees to agree to Facebook’s terms is the ultimate admission of monopoly power."

Shortly after the Australian government presented its draft code, Google signed a deal worth A$30m a year with Rupert Murdoch’s Nine Entertainment media conglomerate, after cementing a similar deal with Seven West, another Australian media house.

"The proposed legislation has not yet been enacted in Australia, and yet Google has indicated that it values news enough to pay for it," says Eloff. "The world has taken notice; the lack of funding for journalism is a global problem. The UK, the US and Canada have shown support for Australia. These and other countries will likely follow their example."

No other country has managed to grab at Google’s deep pockets yet. "In the US, for example, legislators have proved themselves to be completely inadequate in questioning the workings of Facebook," says Arthur Goldstuck of World Wide Worx.

"Australia’s leadership seems far more tech savvy. Without an appreciation of the workings of editorial content in an online environment, there is little chance of enforcing this kind of rule," he says.

The drop in ad revenue to the publishing industry won’t be fixed overnight, but it’s essential that authorities realise the need for updated legislation to protect free and fair journalism. Established, trusted news media should not lose their position as the go-to platforms for unbiased views. This cannot be done on slim to no budgets. The same is true in SA.

Earlier this month the SA National Editors’ Forum and the Press Council submitted a comment on this country’s draft white paper on audio & audio-visual content services to the department of communications & digital technologies. According to Eloff, it states that the print and online press face an existential crisis as a result of rapidly shrinking advertising due to the attractiveness of the targeted advertising that Facebook and Google’s algorithms offer.

Goldstuck says: "Everything depends on how sophisticated legislators are in their knowledge of the power dynamics between social platforms and traditional media, where the power has flipped over almost completely from the latter to the former."

Instead of a lively Fourth Estate able to verify information and act as a lodestone for society, what we have is rampant disinformation and ...
Opinion
5 months ago