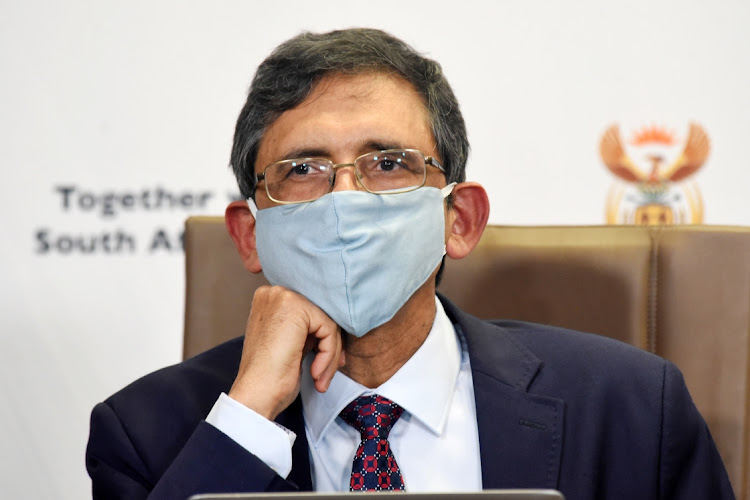 Trade & industry minister Ebrahim Patel has sparked understandable fury since famously disallowing “unfettered e-commerce”, arguing that it risked the spread of Covid-19 and would be unfair to those in physical retail that aren’t allowed to trade.

Patel doesn’t want the hassle of dealing with the many complaints he would receive from spaza owners and physical store owners who would demand the same rights. So instead, he imposed a wholesale ban.

And that is unfair. It’s unfair on you and me, now forced to go to increasingly busy shops to buy things that could easily be delivered safely to our homes. It’s unfair to the delivery drivers who could be gainfully employed. It’s unfair to the dispatchers, order takers, manufacturers and suppliers of raw materials who might get some income.

A World Trade Organisation report says e-commerce is an important tool for consumers in a pandemic. Frankly, it has to be safer to sit at home in your pyjamas ordering coat hangers over the internet for delivery to your door by a trained, sanitised messenger than to join thousands of people in the shops looking for all manner of items.

“Shopping”, after all, is increasingly becoming an excuse to be out and about when, in all honestly, the more we stay home, the better it will surely be for reducing the spread of the virus.

E-commerce is unfair to physical retailers in the same way that it’s unfair that the fastest athletes win races, the smartest people get the best opportunities, those with the biggest personalities attract the most awesome mates, and the funniest get to do stand-up comedy.

“Not allowing e-commerce because it’s unfair to physical retailers is the same as not allowing mobile phones, because that’s unfair to landlines,” tweeted investor Michael Jordaan on Friday.

Jordaan ought to tread carefully, lest he give the good minister ideas. After all, rain, one of the businesses in which he is invested, supplies wireless broadband, which really is unfair to the Post Office. It also enables the streaming of Netflix, which is unfair to DStv, which in turn is unfair to the SABC.

Television, in fact, is unfair to radio as it uses pictures to amplify storylines, and radio is unfair to newspapers because of its immediacy, not to mention how unfair newspapers are to town criers and messengers.

And don’t get me started on the pesky Paul Julius Reuter who put messengers out of business by using homing pigeons to transfer critical information faster than could be done over ground. Reuter could have bemoaned the unfairness of telegraph lines for supplanting the vagaries of bird-delivered dispatches, but he embraced the change, and information flow became faster and faster to this day, when it’s practically instantaneous.

Perhaps Patel also thinks it’s unfair that those who get to interpret information best and fastest are at an advantage to those who do so more slowly or are incapable of interpreting it until it appears on Facebook. And let us not get started on what’s unfair about Facebook.

It is the people who work in those businesses who may have the biggest gripe of all, as they are now in danger of losing their jobs, and joining the heaving sea of humanity uncertain about how they are going to feed, clothe and house their families. Especially since the municipalities in which they live are either incapable of doing the job of distributing aid, fraught with corruption, or simply overwhelmed by demand.

It’s also unfair that hundreds of Comair employees are losing their jobs as the airline cannot fly, and that FlySafair is having to put its staff on stipends after nearly two months of being grounded. And it’s unfair that thousands of SAA employees will have the same happen to them through no fault of their own, but rather due to a decade and more of mismanagement at the national carrier.

In fact, as I write in my book, The Upside of Down, SA is a fundamentally unfair place. We hide behind descriptors like “unequal” because they give us an excuse to not tackle the very obstacles that trap most people in poverty.

“Unequal” has the ring of inevitability about it. If you change the descriptor, it forces you to acknowledge that there are actions you can take to fix problems and alleviate indignity and suffering. Without giving it all away, I argue that businesses must be allowed greater access to markets unfettered by petty bureaucracy and mindless, restrictive regulation. It has never been more pressing than now.

What’s unfair is that the government has been talking up the fourth industrial revolution (4IR) while allowing the elderly, infirm and desperate to wait in snaking queues for social grants instead of finding technology solutions to get money to them in a way that would keep them safe at home. Come to think of it, 4IR will be unfair to those of us stuck in the third, or computer-powered, industrial revolution, and as South Africans, there is a high risk we won’t be participating much in the second industrial revolution either, which requires electricity. But then, as Ned Ludd and his Luddite movement taught us, the emergence of steam-powered machines was seen as unfair to manual labour.

History teaches us the opposite is true: progress through the ages has improved lives and livelihoods, and restricting progress impedes human development.

Yet at the moment, the government is behaving like the well-meaning relative who comes to visit you in the intensive care unit.

They dutifully sanitise their hands at the door and bring you flowers, and while they lean in to gently touch your shoulder to reassure you they are there for you, they stand on your oxygen pipe. As you flail for breath, they physically restrain you to make sure you don’t do yourself any harm. Finally, as you stop resisting, the last thing you see is a look of relief on their faces because they believe you’ve finally seen sense, as the heart monitor flatlines.

SHIRLEY DE VILLIERS: The curious case of cabinet and the national command council

Very real concerns have been raised about what ‘rule by command council’ means for constitutionality, accountability and the exercise of power
Opinion
11 months ago

When it comes to the health department, you almost get the sense that information is only shared when there’s no other choice
Opinion
11 months ago

The coronavirus is a force of economic destruction. But in SA, much of this destruction has been the result of ill-considered government decisions
Features
11 months ago
Next Article