South Africans are behaving as if we’ve all been vaccinated. How about, instead of huddling in packed restaurants, we spent the next while reading? 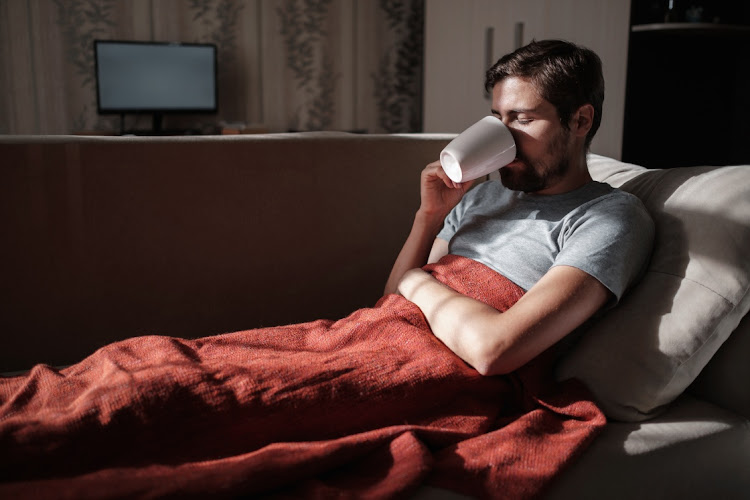 As icy gusts sneak through our not-double-glazed windows (how are Joburg houses so poorly equipped for winter?) and the spectre of a third wave looms, it is a good time to rediscover the inclination towards books.

Last weekend, I almost stumbled head-first into a superspreader event that was a restaurant in Linden, which made me even more resolute about building up a book stockpile.

That restaurant was a terrifying glimpse at the people who’ll be flooding Covid testing stations in two weeks’ time. On Saturday, the restaurant was wall-to-wall with maskless breakfasters, huddled inside for warmth and avo on toast. It was as if SA had been given the post-vaccination green light.

Instead, my sister and I sat outside in the sunny tundra, looking in through industrial glass windows at the puffer jacket-wearing petri dish and thought, with much schadenfreude, how entirely perplexed those diners may yet be at their lab results in a few weeks.

Nor was it as if we were in the only establishment run by the actuaries of Panda:  all the other restaurants were packed too, and mostly closed up to keep heat in. Joburgers, it seems, have decided this is just a normal winter – one sans virus, but with much eggs benedict on the menu.

Which brings me to my original point: for those with a sense of self-preservation as finely tuned as mine, you’ll find far more risk-free nourishment in a world of words.

The summer book lists, just out in the northern hemisphere, are a good guide to what the big literary winners will be for the next year.

The New York Times warm weather reading rundown is a good start, as is that of Esquire. Common to most lists is the thriller The Other Black Girl by Zayika Dalila Harris, described, intriguingly, as “Get Out meets The Devil Wears Prada”. Another hot tip is Taylor Jenkins Reid’s Malibu Rising. As CNN says: “If you loved Reid’s Daisy Jones & The Six, get ready to devour her latest novel, set in 1983 Malibu, California, during a summer party hosted by the four famous Riva siblings, the sons and daughters of a legendary singer.”

But when it comes to celebrity blockbusters, it’ll be hard to beat The President’s Daughter — authored by thriller king James Patterson and Potus 42  Bill Clinton. It’s a sequel to 2018’s The President is Missing and, you guessed it, is all about a president’s daughter vanishing this time. Still, I generally prefer the reading lists compiled by the UK press, which somehow seems to be more attuned to SA reading sensibilities.

The Guardian’s tally of 50 hottest new books everyone should read and The Times’ best books of 2021 (so far) confirm this.  Both include Francis Spufford’s luminous new Light Perpetual, which is a “what if”, imagining the lives of five children killed during The Blitz, had they survived.

When it comes to nonfiction, The Guardian gets points for including Real Estate by SA’s own Deborah Levy (sure, she’s spent her adult life in London, but she was raised in Joburg). It’s the final book in a memoir-ish trilogy and it’s mesmerising. Levy’s writing has a fever dream-like quality, and is smart and observant.

Then there is Fall: The Mystery of Robert Maxwell by John Preston. The Times describes it as “the extraordinary story of the ‘mad, gargantuan conman’”.

Maxwell, the media tycoon who bought the Daily Mirror among other titles, was also the father of Ghislaine Maxwell — the sidekick of US financier-turned-creep Jeffrey Epstein. If you want a show and tell of how a macabre and morally bankrupt upbringing can be bad for a child, this is it.

Closer to home, Kate Rogan from Melville’s Love Books gave me her top picks for winter reads, which includes Haruki Murakami’s short story collection First Person Singular; Letters to Camondo by Edmund de Waal (yes, he of The Hare with the Amber Eyes fame); and The Promise by Damon Galgut.

Rogan’s final pick is by journalist Patrick Radden Keefe. His  novel Say Nothing: A True Story of Murder and Memory in Northern Ireland was my book of 2020. His new release is equally unputdownable. It charts the rise and fall of the US’s Sackler family — the owners of Purdue Pharma, which invented Oxycontin.

For, pardon the pun, a dose of intrigue, ego, science, societal ills and an opioid crisis, this should be added to your bedside table stat.

Which, needless to say, beats playing a starring role in the third wave.

You might not know it, but the songs which politicians use for their campaigns can often become a seriously contentious issue
Opinion
1 year ago

Health-care workers have been turned away from sites that ran out of jabs as doctors’ families and people in administrative jobs ended up getting ...
Opinion
1 year ago

Despite what your gung-ho mates say, there is a real Covid risk to being in a sealed-off, airborne tube for an extended period
Opinion
1 year ago
Next Article