But the fact is, the reason we’re so far behind in our rollout isn't because you or I somehow forgot to order the vaccine in time, or nicked billions intended for Covid equipment 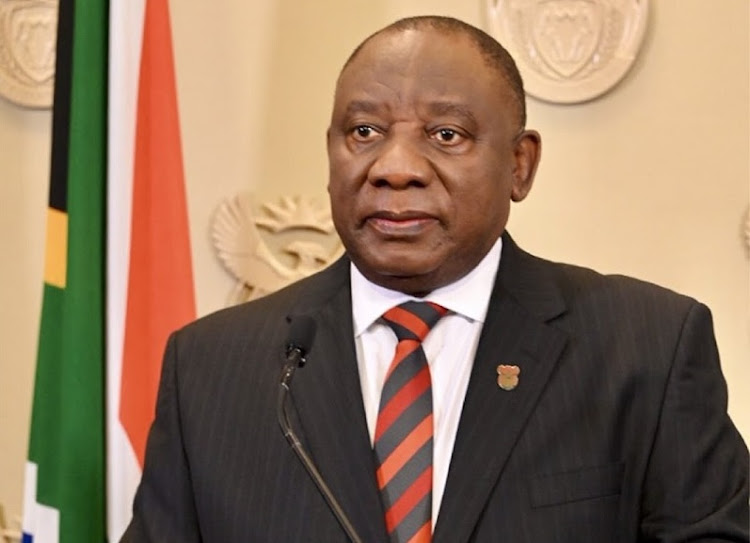 He should know: given his much-criticised inertia when it comes to ditching his inept ministers, ensuring we had enough vaccines from the get-go, or comprehensively tackling the sensationally brazen Covid looting, the president surely knows top-quality dilly-dallying when he sees it.

Which isn’t to say he’s wrong: there’s no good reason why people are ditching masks, heading to churches in groups of up to 250 at a time, or acting like we’re living in a fully vaccinated village in Israel (a country which had jabbed 63% of its population, at last count.)

Instead, SA is trailing behind more than a dozen African countries when it comes to administering vaccines (according to Our World in Data),  while more than 5,500 people remain hospitalised for Covid in SA, with 1,038 in ICUs and 533 on ventilators. And the number of new daily cases last week is 31% higher than the week before.

“It may only be a matter of time before the country as a whole will have entered a third wave,” said Ramaphosa.

To counter this, he announced that SA would ratchet up its lockdown to level 2 — which means that indoor gatherings and funerals are now limited to 100 people, outdoor events are limited to 250, and the curfew has been extended to between 11pm and 4am.

Still, it was a surprisingly soft touch given that this time last year, a daily new infection rate like we’ve got now would have resulted in liquor stores being bolted down and police minister Bheki Cele expectantly cracking his knuckles.

But this time, Ramaphosa didn’t limit alcohol sales at all. National Liquor Traders Council convenor Lucky Ntimane said this shows that the government is taking a “more scientific approach” than it has before, and recognises that any closure of alcohol outlets would further decimate the industry.

As political analyst Daniel Silke told eNCA, there seems to be a greater “sense of maturity” in the way the government is responding to Covid.

Even the DA’s health spokesperson, Siviwe Gwarube, was muted in her criticism, saying that ratcheting up a level was “inevitable”, given the sluggish vaccine rollout.

But there is something else that Ramaphosa conspicuously failed to do: utter a word about the unfolding scandal involving his health minister, Zweli Mkhize.

That scandal relates to the fact that Mkhize’s department “irregularly” awarded a R150m communications contract to a company called Digital Vibes, run by the minister’s former PA Naadhira Mitha and his political adviser Tahera Mather. It’s pretty clear that some of the “services” offered by Digital Vibes were pretty bogus, like charging the state R3.65m to “arrange” for Mkhize to be interviewed on SABC about Covid.

And it’s getting worse for Mkhize by the day.

Last week, Mkhize was adamant that he has “not personally benefited from this contract”.

Meanwhile, the Sunday Times reported that, unusually, Mkhize personally signed off on the contract — “a practice apparently followed only in his department and not in others, where the executive authority is quite correctly kept at arm’s length from administrative procedures”.

So it’s no surprise that many — including the DA’s Gwarube — expected Ramaphosa to at least mention the elephant in the room.

As Gwarube put it, “the only acceptable announcement this evening would have been that the president has instructed Mkhize to step down” – at least until the Special Investigating Unit completes its probe into his role in awarding the Digital Vibes contract.

But that was never really likely. Given how painfully protracted it has been to ask corruption accused Ace Magashule to “step aside”, it’s clear that Ramaphosa is far too strategic (or “complacent”, as others might say) to take such a step unless he absolutely has to.

As political analyst Ralph Mathekga told the Sunday Times: “Cyril is in a tight spot here, because if he doesn’t act, and is seen to be stalling on this thing, it actually fuels the other faction within the ANC who are saying that there is selective implementation of this step-aside resolution.”

City Press echoed this view, arguing in an editorial that it makes no sense for Ramaphosa to “crow about tackling corruption from the Zuma years when far more recent misuse of funds has happened under his watch, with no immediate consequences”.

It’s a far cry from 2017, when Ramaphosa referenced pan-Africanist intellectual Amilcar Cabral when he said “Tell no lies, mask no difficulties, mistakes, failures” while campaigning for the ANC presidency, as Tony Leon reminds us in his Business Day column.

Yet in his speech on Sunday night, Ramaphosa made no reference to the vaccine botch-up, or the cloud over Mkhize.

Instead, he spoke of how our response to the pandemic “has depended on all of us acting together”. It’s a nice feint, since the reason we’re so far behind isn't because you or I somehow forgot to order the vaccine in time, or nicked billions intended for Covid equipment.

It’s also characteristic ANC framing: if there’s anything that works (and it’s increasingly becoming slim pickings in SA’s feral municipalities), it’s because the party is “reforming”; if there’s some disaster, it’s because we have a “collective responsibility” and “some of us” are “slipping”.

It is revealing, then, that Ramaphosa still insists on describing his televised Covid announcements as “family meetings”.

If it is, it’s one where a disagreeable auntie has already made up a bunch of rules, granny insists on rifling through your pockets to check if you’ve smuggled in a hipflask, one crazy old grandfather waves his gun around whenever someone steps too close, and nobody is talking about how your uncle brought along some mates who seem to be stuffing the family silver into their pockets.

Should Ramaphosa  show his commitment to clean government by taking action against Zweli Mkhize now —  in the middle of a pandemic?
Opinion
3 weeks ago

The contract awarded to a company run by the health minister’s former staff contravened the Public Finance Management Act, a forensic investigation ...
National
4 weeks ago

Zweli Mkhize was never the most comfortable of Ramaphosa’s ministers. His longevity, let alone his ethics, now looks decidedly questionable
Opinion
4 weeks ago

SA’s vaccine rollout has been a spectacular mess, and Zweli Mkhize is going to blame someone else
Opinion
3 weeks ago
Next Article