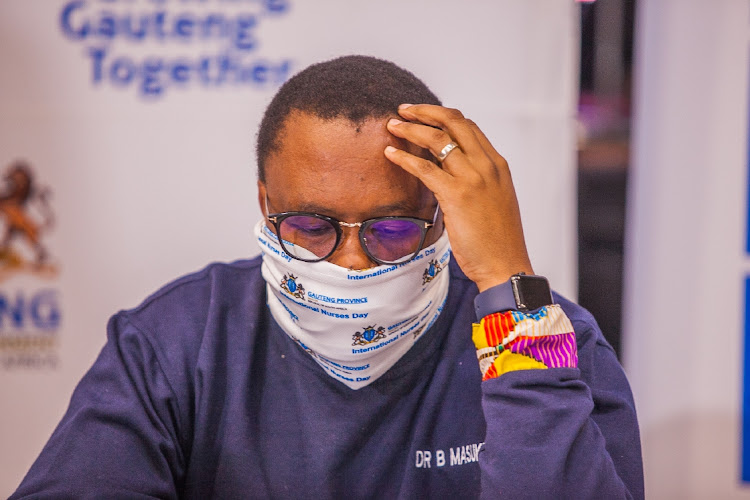 Is it to be “welcomed” if a state official is found not guilty of a crime, corruption or nepotism  but is found wanting with regard to professionalism, diligence and care by a high court? Does that constitute “no adverse findings”?

I certainly don’t think so — yet that is evidently the view of Bandile Masuku, who was fired last October as Gauteng’s MEC of health, after the Special Investigating Unit (SIU) found he failed to exercise proper oversight in relation to R125m in Covid-19 contracts doled out by his department.

Specifically, the SIU said he knew about his department’s irregular procurement processes and failed to execute his functions in compliance with the constitution and the law.

A few weeks ago the high court kicked out Masuku’s bid to set aside that SIU finding.

Remarkably, however, his lawyer, Mojalefa Motalane, welcomed the fact that his client was “not accused of corruption or nepotism”.

But there’s a reason why the King IV code settled on the definition of corporate governance as being both ethical and effective leadership. You could only really claim that there’s sound governance where there are ethics and good intent accompanied by effectiveness and results.

In the ruling, judge Roland Sutherland said that if Masuku ignored the e-mails that pointed out the list of suppliers — which included the husband of President Cyril Ramaphosa’s spokesperson Khusela Diko — it amounted to “unprofessionalism and dereliction of his duties”.

This illustrates the link between being ethical and being effective. Those in leadership positions are able to cause harm through their actions — or their inaction — so you could argue that someone who is ineffective because of their incompetence is also unethical.

Providing policy direction and then ensuring it is executed is the essence of governance, and the responsibility of those in positions of accountability, such as an MEC. That oversight is meant to prevent mistakes and abuses.

Unfortunately, Masuku's lack of oversight isn’t an exception in the government.

Pertinently, there was the case of Life Esidimeni, where at least 144 people died on the watch of Qedani Mahlangu, Masuku’s predecessor as the MEC for health in Gauteng. (What is it about this particular portfolio that seems to attract delinquent officials?)

And Raymond Zondo's commission into state capture has heard an abundance of evidence about the often shocking lack of oversight by officials that opened the gateway for this corruption.

Think of Eskom, where the utility’s former directors approved a whopping R1.68bn payment to a Gupta-owned company while — according to their version — they were under the impression they were approving a payment to Glencore.

National Assembly speaker Thandi Modise appeared before Zondo last month and apologised that parliament “only woke up when things were really bad”. As an oversight mechanism, it failed comprehensively.

As to what caused these lapses, there may be a clue in the testimony provided by the ANC’s Enoch Godongwana, who admitted to Zondo that unqualified and unaccountable people are now staffing the state.

Which brings us full circle to the issue of incompetence.

After Masuku’s appeal was rejected last month, Motalane lamented the “confusion that exists about the extent and limits of executive oversight”.

Presumably he was implying there was an overlap between the duties of MECs and the heads of department. It was a predictable argument, popular among those officials found wanting.

Let me help untangle it for him: the MEC is the political head, accountable to the provincial legislature and citizens, who develops policy and ensures it’s implemented. By contrast, the head of department is responsible for executing policy and legislation, and accounts to the MEC.

It should be very clear to Masuku that the reason why the head of department reports to the MEC is not so that the MEC can serve as a postbox. Rather, it’s to ensure the MEC can exercise oversight duties and ensure “transparency, accountability and sound management of revenue, expenditure, assets and liabilities”.

Did Masuku not get the memo which told him that he was expected to read his e-mails and reports sent to him?

Sadly, even a memo did not help Mahlangu exercise the sort of proper oversight that might have averted the Life Esidimeni disaster.

In that case, Mahlangu claimed not to have seen a memo e-mailed by clinicians pointing out the risks of the transfer of mental health patients. Like Masuku, she seems to have also believed that implementation was the duty of the officials — not her.

As you can imagine, judge Dikgang Moseneke, who chaired the Life Esidimeni  arbitration hearings, disagreed.

In that case, he said Mahlangu was responsible for the executive function of health care in the province, and was “accountable, collectively and individually,” to the legislature.

With so many sources to consult — the constitution, the Public Finance Management Act, the National Health Act and Moseneke’s pronouncements — it’s astounding that Masuku can claim there was any “confusion”, other than as a cynical diversion tactic.

Perhaps we need to learn from the actions of Alexander the Great, when, according to legend, he encountered the knot used by Gordius, the king of Phrygia, to tie his chariot to a pole. Seeing how intricate that knot was, Alexander didn’t try to untie it — he took his sword and unceremoniously sliced through it.

Equally, what can slice right through this so-called “confusion” of our state officials about their responsibilities is simply for them to shake themselves out of their funk of ignorance and incompetence and to resolve to serve with judgment and discernment. A good start would be to learn from their predecessors’ mistakes.

The ANC spin doctor is under the spotlight over a contract the Gauteng agriculture & rural development department gave to a company called Enviro ...
Opinion
1 month ago