BRUCE WHITFIELD: Absa, unlike SA’s other banks, can’t get a CEO to stick

This fallout means that in future, Absa’s board will be taking a long hard look at the way in which it appoints Daniel Mminele’s successor 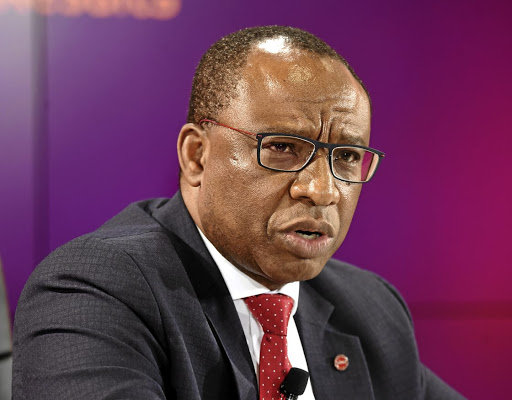 Banks are supposed to be boring and predictable. When they break that age-old rule, things go awry. You need look no further than the Global Financial Crisis of 2008 to see what happens when bankers get creative.

When it comes to their management, there should also be no surprises.

Absa’s decision to cut ties with Daniel Mminele, who’d been CEO for just 15 months, was a massive negative surprise to the market which was just getting used to a new boss after a long period of uncertainty around leadership at the bank.

“Absa was in a tough spot at the end of Maria Ramos’ tenure,” says Denker Capital founder Kokkie Kooyman. “The executive team had a tough job to turn the loss of market share around. But it does seem as if the board did not give enough attention to transformation and this seemed to have frustrated the new CEO”.

Though the Absa ship may be running well again, Kooyman reckons some “serious introspection” is needed at the bank for the road ahead.

Mostly, SA’s banks have been pretty good about ensuring a steady pipeline of internal talent, careful succession planning and providing continuity — certainly for most of the past 20 years.

Absa, however, has provided the least certainty of all the big banks over that time.

In Standard Bank’s case, there were massive changes in the wake of Nedbank’s failed hostile takeover attempt in 1999, as Jacko Maree was appointed CEO. But its core team remained stable until 2013 when Maree retired and was replaced by joint CEO’s Ben Kruger and Sim Tshabalala. Kruger later retired, and Tshabalala has been flying solo since 2017.

In FirstRand’s case, each of its three founders spent time as CEO, starting with GT Ferreira, followed by Laurie Dippenaar and then Paul Harris. It then appointed Sizwe Nxasana as CEO for five years, before an internal candidate, Alan Pullinger, took the helm again in 2015.

Over at Nedbank, it has been extraordinary stable for years. After Tom Boardman replaced Richard Laubscher as CEO in December 2003, the bank then appointed Boardman’s wingman, Mike Brown as his successor in 2009. Brown remains in the job today.

Absa, on the other hand, has been far more fluid.

There was a time when the Absa board was considering ex-Anglo American executive Rupert Pardoe to take over from Nallie Bosman as CEO in the early 2000s, but when it came to the crunch the job went to insider Steve Booysen.

Absa then secured the services of Maria Ramos who was leaving Transnet and the bank was determined to make her an offer she could not refuse. She stuck around for ten years before retiring without a succession plan in place in January 2019, amid speculation that she had been tipped to become Cyril Ramaphosa’s finance minister after Nhlanhla Nene stepped down.

Mminele’s timing could not have been worse — he’d hardly started when Covid 19 hit and Absa, like every other business, was thrown into crisis mode. First up, he had to get 30,000 staff across Africa working from home while ensuring branch staff could work safely on the front lines.

Nonetheless, he seemed to be settled in well. Several staff described him as an ‘inspiring’ and ‘popular’ leader.

When I asked him recently what his primary goal was as CEO, his response was imminently sensible, even boring: “I want the bank to be in a strong position one day when I hand it over; to create a leading, independent financial services organisation staffed by diverse and competent people who deliver high quality services and products to our customers”.

Nothing to argue with there. But just months later, he and the bank announced a “no-fault” separation, based on “divergent professional views and approaches”. It just did not work out.

Last night, Absa chair admitted on ‘The Money Show’ that the parties did have an extraordinarily long courtship, so should have been more circumspect about the choices open to it.

From what Lucas-Bull said, it was clear there were issues around how the operating model of Absa was being refined; optimising the structure of the executive committee; and how strategy was being effectively implemented.

But it’s clear there was also too little appreciation of just how different the requirements of a top-level private sector CEO role really is, compared to a public sector role.

“It was very different in scope and size,” Lucas-Bull said. “The board is very sad and this is not the position we wanted to be in”.

This fallout means that in future, Absa’s board will be taking a long hard look at the way in which it appoints Mminele’s successor. Until then, the bank’s finance director Jason Quinn will stand in as acting CEO.

Somewhere between succession planning and executive support, Absa has a problem

How does a board of directors tasked with steering such a crucial institution keep getting the succession question so spectacularly wrong?
Opinion
6 months ago

Senior executives signalled a desire to leave bank while Daniel Mminele was at the helm, says chair Wendy Lucas-Bull
Companies
6 months ago