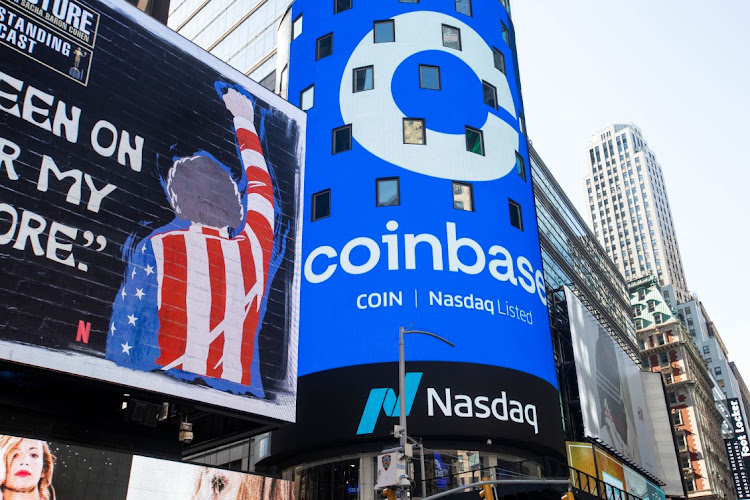 If you aren’t yet a cryptobro, perhaps it’s time to consider becoming one.

Yesterday, after all, was a seminal moment for cryptocurrencies – Coinbase, the largest digital coin exchange in the US, was listed.

At a market value of $75.9bn, Coinbase scored a higher valuation in its first minutes of trading on the Nasdaq than that of the New York Stock exchange’s parent company, ICE, which is worth $67bn.

The shares opened at $381 each, 52.4% higher than their reference price of $250 a share set on Tuesday, according to Reuters.

Coinbase is only about three years younger than bitcoin, which went live in 2009. It now has 56-million users, and an estimated $223bn in assets on its platform, Reuters says. Coinbase made sales of more than $1.8bn in the first quarter of the year, and net income of almost $800m.

Unfortunately the stock subsequently slid amid a wider tech sell-off, but, as the Financial Times writes here, the listing was “a moment of validation for the digital asset class, some 12 years after the creation of bitcoin”.

And, truly, the currency’s believers have been spectacularly rewarded for their faith. Last year was one of bitcoin’s best ever. Following a rocky March, when it was brutally sold off, together with virtually every other asset (except, perhaps the original bitcoin – gold), the cryptocurrency has vaulted ahead, gaining more than 800% in value since April 14, 2020, when it traded at $6,877.

It means that more and more believers have flocked to the “asset class”, though, call me a luddite, what sort of asset is it, really?

Are you going to use your bitcoins to buy something, other than a Tesla, perhaps?

And how bad must you feel now when you think about how you purchased a pizza using, say, two bitcoin, some time in 2009?

Also, consider how much electricity is used to mine the currency.

According to this Bloomberg article, “Bitcoin mining is consuming 66 times more electricity than it did back in late 2015, and the carbon emissions associated with it will likely face increasing scrutiny.”

Citing a Citigroup report, the article says that as of mid-April, “global power demand by the Bitcoin network probably reached an annualised 143 terawatt-hours, about 4% higher than Argentina’s total electricity generation in 2019”.

Clearly, however, to doubt is both terribly unhip and financially ruinous.

Still, I’m not the only fossil still scratching my head over crypto’s unknowns. If you google “how to understand cryptocurrency”, about 5.4-million results come up.

There’s still some debate about whether bitcoin is the world’s most successful Ponzi scheme after the spectacular swindle of Bernie Madoff, who died yesterday.

In comparison with the soaring price of bitcoin, you can only imagine that Madoff must have spent his incarceration in a North Carolina federal facility (incidentally, over the exact course of bitcoin’s lifespan) gnashing his teeth.

The size of his $65bn scam was positively small fry in comparison.

It’s a tricky time for central banks worldwide as they juggle easing monetary policy to help fragile economies through the pandemic and a potential ...
Opinion
2 months ago

Where the mining industry goes from here — and whether share prices will rise further, or crash — is the big question
Opinion
2 months ago
Next Article