On the other hand, used-vehicle sales are flying – but even here, stock availability is an issue, thanks to Covid lockdowns 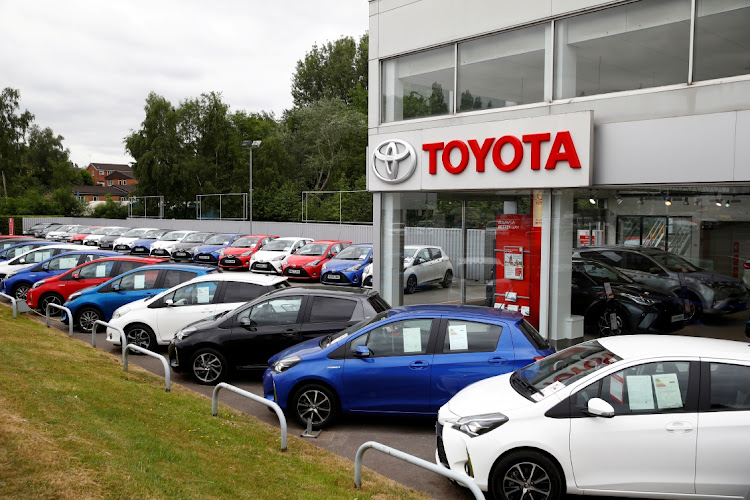 To be fair, that is definitely not the message Mark Dommisse, chair of the National Automobile Dealers’ Association, wants to impart. But the fact remains that the lockdown and the shift towards home-based working have been bad for dealers. Fewer cars on the roads and fewer kilometres travelled mean fewer services, fewer accident repairs and fewer vehicle sales.

As lockdown has eased, so sales and workshop activity – which contribute about 50% each to dealer revenue – have increased. According to Dommisse, workshop turnover has returned to “near normality” because of more regular commuting patterns.

Now dealers – and indeed the entire SA motor industry – need a similar recovery for sales. The new-vehicle market crashed by nearly 30% in 2020. Most analysts agree it will be 2023 at least before it recovers to pre-Covid levels.

What they can’t agree on is the pace of recovery. In January, Mike Mabasa, CEO of what used to be (*see below) the National Association of Automobile Manufacturers of SA (Naamsa), predicted a 15% rebound this year. Then, Toyota SA CEO Andrew Kirby suggested 20%. More recently, WesBank CEO Chris de Kock has put the likely figure at 12%.

De Kock says: “It is not difficult to imagine that the market will perform better than 2020, but the industry cannot find confidence in this theoretical growth by losing sight of the very real impacts the weak SA economic environment will continue to have on the motor industry.”

By “theoretical”, he means that growth from a collapsed market does not change the fact that SA new-vehicle sales have been in decline for some years. Even without Covid, he reckons the market would have shrunk by 5.7% in 2020, continuing an almost unbroken downward trend since 2014.

His estimate is based on pre-Covid sales at the start of last year. Had the pandemic not happened and the market continued as it started, he suggests 2021 sales would be facing a 15.8% drop from 2020.

Still, analysts say it’s not all doom and gloom. WesBank marketing head Lebo Gaoaketse says that as business and consumers become used to new market and economic “rhythms” in the wake of Covid-19, and interest rates remain low, “there is much to be hopeful for in the SA motor industry”.

Dommisse says dealership sales of all vehicle categories were better than expected in February. The big blow to the overall market has been the sharp decline in direct sales from manufacturers to car rental companies, in response to the collapse in tourism and business travel.

Dommisse says the “double whammy” of this week’s big increase in the prices of petrol and diesel, plus an anticipated 15.6% rise in the price of electricity in April, is likely to dampen consumer spending in coming months.

He adds that new-vehicle sales this year are also being hindered by stock shortages of some models, caused by Covid-induced bottlenecks in global manufacturing supply chains. The main shortage is of computer chips, an important part of modern vehicles.

That shortage could last up to four months. “Some forecasters see the global motor industry losing up to 1-million vehicles this year as a result,” he says.

Used-vehicle sales, however, are flying. Even here, stock availability is an issue. Traditionally, one of the biggest sources of good-quality used vehicles is the car rental industry. But with rental companies reducing purchases of new vehicles, their used stock has shrunk.

The shift towards used vehicles is driven by affordability. Within the new-car market, there has been a strong swing towards cheaper vehicles. De Kock says more customers are “willing to substitute high-profile brands with more practical and affordable options”.

Likewise, used-vehicle sales are driven by the buydown effect, a situation exacerbated by “an increase in new-car prices averaging close to double digits in the past year”.

Hyundai Motors SA CEO Niall Lynch has suggested that, exchange rates permitting, new-car price increases could be limited to 4%-5% in 2021.

That view is not shared by Kriben Reddy, vice-president of the TransUnion Africa automotive consultancy. He suggests increases could climb “well above the inflation rate”.

TransUnion research found that vehicle prices outstripped inflation in each of the last three quarters of 2020. Reddy says: “The positive indicators of lower petrol prices, interest rates and inflation are not enough to move consumers into new-vehicle purchases at this stage, with consumer confidence low as a result of the Covid-19 pandemic and ongoing unemployment rate concerns, negative economic growth rates and pressure on disposable income.”

*Naamsa, founded in 1935, changed its name this week. It is now naamsa/the Automotive Business Council. The words behind the Naamsa acronym will no longer be used. Mabasa says the organisation stopped being exclusively for vehicle manufacturers some years ago when importers were also allowed to join. Now, it also wants to include companies involved in new technologies. In particular, the government and the industry are under pressure to encourage the local manufacture of electric vehicles.

Mabasa says: “Our strategic evolution is very important to our work and to the growth and development of our sector. We are convinced that the automotive industry is going to change faster in the next 10 years than it has in the past 100.”

The bad news: There are no plans for electric vehicles, or bakkies – or what South Africans believe bakkies should be
Features
7 months ago

Ruling on BEE status in charter hailed as a victory ...

Absa staff in line to benefit from BEE deal worth ...