GIULIETTA TALEVI: With his budget days away, Mboweni goes off on a tangent 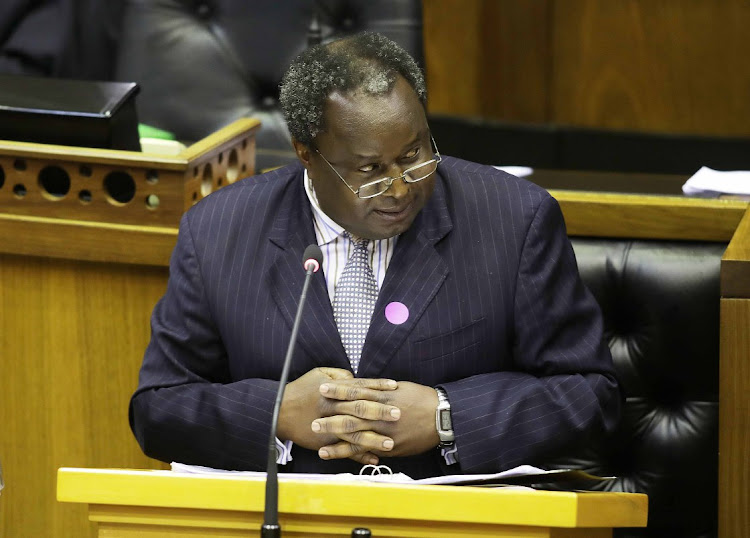 You’d think the budget speech that Tito Mboweni is to deliver in two weeks might be uppermost in the finance minister’s mind at the moment.

True, there’s a lot going on in his life right now: amid the herculean task of trying to balance the state’s books, he’s also being leant on to finance a new vaccine to thwart the coronavirus.

But that’s hardly reason for him to take his eye off SA’s parlous finances and instead focus on two things the country could really do without: toe-curling race baiting, and calling (again) for a new state bank.

Yesterday Mboweni, for no apparent reason, began the discussion by saying that increasingly, it seems that to him that SA’s “non-racial dream is not embraced by the majority of white South Africans”.

He followed that by saying: “The majority (not all) of white South Africans seem, at face value, to still view black people as hewers of wood and drawers of water [equal to] servants.”

Increasingly, it seems to me, but maybe obvious, that our non-racial dream is not embraced by the majority of white South Africans. True or not? If true, what is the substitute of non-racialism? Philosophically and politically.

Who knows what prompted this.

Mboweni provided no substantiation for his inflammatory claim — the wisdom of which, coming from a key cabinet minister in a government supposedly trying to build unity at a time of stark division, was deeply questionable.

And, critically, it’s not as if he doesn’t have other things to do.

SA’s business confidence is worse now than it’s been for decades — since 1985, actually, when SA was sanctioned for its inhumane apartheid policies.

Bloomberg spells out the detail of the confidence crisis in this article, while Business Day underscores the problem with this disturbing analysis of the skills flight taking place from SA.

Of course it would be naive to think that SA was ever going to rid itself of centuries of race-based division and inequality in a relatively short space of time. But Mboweni would do better to address the problems he is mandated to attend to: a baffling reluctance to implement obvious economic reforms even as untrammelled corruption and policy inertia erode SA’s investment allure.

How about answering questions like how SA plans to deliver economic growth, and jobs, rather than flying off on a tangent?

Earlier this week, Mboweni said the “cry for a state bank is loud, clear and urgent”, and a potential game-changer for SA.

It’s entirely unclear why that would be so. After all, the government already has a state-owned bank in the Postbank, but has singularly failed to make it a competitive part of the banking landscape.

What would a new state-owned bank — with all the additional capital you need to set aside to start something like this — do, that the Postbank hasn’t had the opportunity to do? And that’s a question that needs to be answered before we even begin to discuss what a mismanaged drain on the fiscus the Land Bank has become.

What is driving these flights of fancy, you might wonder?

After a spat between the two, Mboweni said that he and Malema had laid down the “spears” after a “good conversation” and now plan to “grow SA together”.

It would be stunningly naive to believe Malema’s recent moves — publicly having “tea” with former president Jacob Zuma in an obviously choreographed photo-op — have anything to do with “growing SA”. The only thing Malema seems to have any intention of growing is his electoral base.

For Malema to make common cause with Zuma, a man who has said bluntly that he doesn’t believe in the constitution, suggests the EFF leader too has scant respect for the law.

In other words, this is not a man the finance minister should be relying on for ideas on “growing” anything, other than debt and racial discord.

With his budget days away, would Mboweni not be better served spending his time trying to convince his cabinet colleagues of the wisdom of trimming their coat to fit their cloth?

The budget could deliver a large windfall. The problem will be resisting the temptation to spend rather than save it
Features
4 months ago

Moody’s warns against complacency ahead of budget

The agency, which downgraded SA further into junk status in November 2020, has the country on a negative outlook
Economy
4 months ago
Next Article