Raubex climbs out of the hole 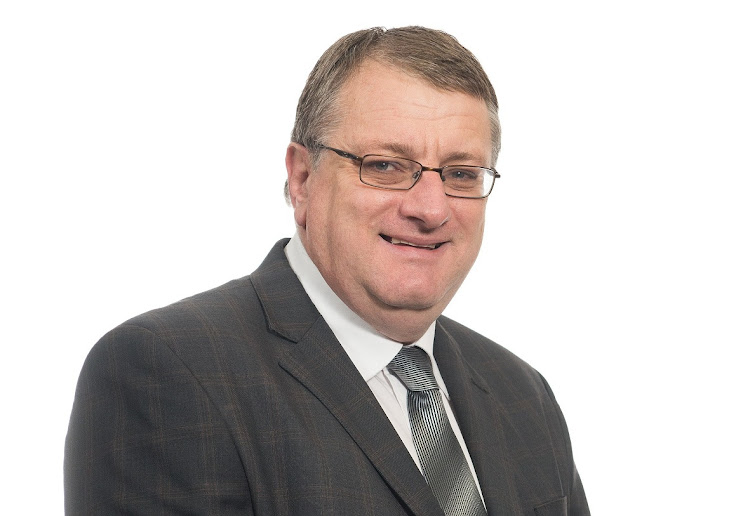 For the first time in its 45-year history, Raubex’s roads division made a loss last year, thanks in large part to the government’s Covid lockdowns. But there’s been a huge jump in new work, and the company’s order book, in its financial year to end-February, had swelled 70% to R17bn. The group has also stuck with its dividends, paying investors 29c a share for the year, despite a 49.4% drop in headline earnings, to 81.9c a share. The FM spoke to CEO Rudolf Fourie.

Margins in the roads division were shockingly skinny — 0.3%. That’s on a knife edge.

RF: Yes, but you need to unpack that: that was our Covid year where we couldn’t work for 3 months. Just our salary bill was R150m a month. Normalised margins, which we should achieve now, are in the 5%-7% range so don’t look at last year. We have a good order book now; we have enough work. We did have staff cuts three years ago when we were in that low base but we didn’t last year — we needed to retain staff and we always said [the work] was coming.

Luckily, you had enough money to stick it out.

RF: We were fortunate because we’ve got a strong balance sheet, and hopefully it will pay dividends.

On that point, cash generated by operations was much higher, up 68%. That’s a bit odd in such a hard year.

RF: A few things happened: we were expecting a bit of bad debt because of Covid, which didn’t happen, and so we were able to collect, touch wood, all our debts. Then, in that figure was a huge advance payment on our Beitbridge border project, of R350m, and also in that number was a property transaction that brought in a lot of cash. Normally we would have done a few bolt-on acquisitions of quarries and so on, and there was none of that during Covid, so hopefully that will also normalise.

But the upshot for an investor in Raubex is, presumably, that they shouldn’t get too excited by this level of cash growth within the business?

RF: Look, our balance sheet is strong and there’s a lot of free cash in that money that is available. We’ve always paid dividends at three times’ cover, and the big order book is going to need some working capital, but if we’re generating cash in the second half, in 12 months’ time we’ll take a view on the excess.

How are you dealing with local subcontractors and the construction mafia that has emerged over the past few years?

RF: Look, there are some real community issues that we need to improve, and there’s a bit of a criminal element in the mix. Where the expectation comes in is, for example, we will typically have 50 positions on a project, but we get 3,000 applicants. So, the bottom line is you’ve got 2,950 unhappy people, and that’s where the challenge lies. Sanral gives us a lot of support, it engages with communities. It’s there at the coalface. The police have not been that great. They say it’s a civil matter and tend not to get involved. We are talking to the police commissioner and there is a task team to address the issue, but I don’t know. Sanral’s not the problem.

Which division looks set to have the best year ahead?

RF: Without a doubt, commercial quarries. They are pumping. We can’t keep up with demand, they’re working at great margins. And it’s not being driven by construction — it’s being driven by the bakkie builders and brick makers, that type of thing. I didn’t see this coming. But it’s buoyant. And all the other divisions aren’t badly positioned for the year ahead. Unfortunately for the solar business there’s a gap between the old work and new work, but the housing side has picked up, plus we’ve got the Beitbridge border project, which should yield good returns.

RF: It’s to ensure we have a seat at the table. Two of our companies do materials handling for the mines and this is to ensure our pipeline of work, so we have first right of refusal. We’d like to do more of this, on a small scale. At the moment, we’re pricing three new big mining projects in SA, so there’s a lot of potential new work on mines.

Might you not be buying into these companies at the top of the cycle?

RF: Yes, but we didn’t pay too much for the Bauba stake. And there are two sides to the story: one is to be able to do the work over the next 10-15 years. Now, in the first five years we will recover, just through the work, the purchase price plus interest. Then there’s the potential upside of running a profitable mine with good commodity prices. But what we said to our shareholders is: we secured work, at a decent margin, for 10 years.

At the moment, we’re pricing three new big mining projects in SA, so there’s a lot of potential work

WATCH: Why Raubex is in an upbeat mood

The group has recovered strongly in the second half of its year to end-February, and is eyeing growth and acquisitions
Companies
1 month ago
Next Article