Contrary to the perception of a democratic space, social media platforms stifle debate by amplifying particular voices and limiting others. The failure of Donald Trump's blog is an illustration of this 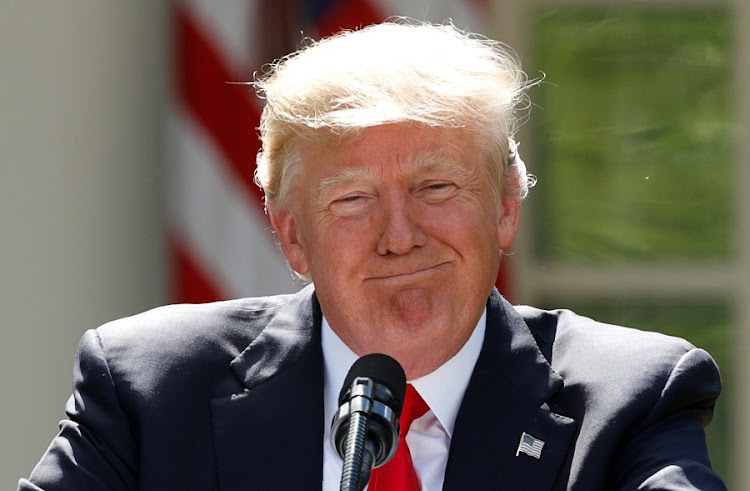 It was a ringing, passionate call to arms for the American alt-right, as well as for their fellow travellers, the pathetic SA alt-white who thrive on slavishly mimicking their much better-financed heroes in the US. "In a time of silence and lies, a beacon of freedom arises!" we were told. "A place to speak freely and safely. Straight from the desk of Donald J Trump!"

Yes, The Donald was going to spread that same wise compost he used to spray around on social media to feed the fascist flowering of Republicans. This time it was going to be on his own blog, safe from the interference of the enemies of free speech.

Exciting times. Except that, much like a geriatric who’s been sold fake Viagra, The Donald’s blog didn’t stay up very long. A month later, he shut it down because nobody was reading it.

An analysis by The Washington Post showed that Facebook and Twitter engagements with Trump’s blog went from a pitiful 159,000 interactions on the launch day, to fewer than 30,000 on the second. And after that, it didn’t do more than 15,000 interactions on any given day.

This is a sad comedown for a man who, before Twitter belatedly decided that allowing an idiot to push insane conspiracies for votes wasn’t in its best business interests, had more than 80-million followers.

"Trump is reported to have decided to shut down the blog because he believes that the low readership has made him look small and irrelevant," Wired magazine tells us. Yes. The child-man’s ego is so fragile, he can’t put in the time to build an audience. He’s deplatformed himself, cutting off his blog to spite his populist face.

I know what you’re thinking right now. Why am I writing about Trump when there are way more earth-shattering things to talk about, like did a woman really have 10 babies? Didn’t we suffer enough when Trump was leader of the world formerly known as free, and ruled the news cycle like a helium-filled Machiavelli balloon let loose in a hurricane, emitting high-pitched farts in lieu of actual policy?

Surprise! This column isn’t about Trump. It’s about a potentially far greater threat to democratic freedoms — those stealth dictators we know as social media platforms.

You probably know that philosophical thought experiment, beloved of those who interrogate the fundamental mysteries of what it means to perceive, known as the "If a tree falls" question: "If a tree falls in a forest and no-one is around to hear it, does it make a sound?"

The heart of the question is this: can something exist without being perceived by consciousness?

As Wikipedia puts it, "the most immediate philosophical topic that the riddle introduces involves the existence of the tree (and the sound it produces) outside of human perception. If no-one is around to see, hear, touch or smell the tree, how could it be said to exist?"

The updated version of this is: if a Trump rants on a blog and no-one is there to read it, does that Trump exist?

Trump certainly seems to believe the answer is no, which is why he shut his blog down. Which leads us to further disturbing questions. Without the enabling algorithms of social media, would Trump ever have existed, at least in the bombastic version we experienced, ever-present on our social landscape like a plague of bouffant locusts?

If Facebook, for example, didn’t have the automatic spreading and amplification of clickbait content as a core part of its being, would we ever even notice those enfants terribles who thrive on causing conflict and discord?

Wired magazine puts it succinctly: "The failure of Trump’s blog tells us that even the kind of impassioned political extremists that form the core of Trump’s base of support are so entrenched in their passive, social media-dependent mode of media consumption that a traditional blog, absent accompanying social media accounts to generate algorithmic amplification, is incapable of gaining a fraction of the online engagement that a single tweet could achieve.

"Not even the most public of public figures can break free from the platform dependency that largely dictates the distribution of audience attention online. If Trump’s blog can’t gain traction without direct access to the audience aggregation and amplification tools of social media, then perhaps nothing can."

While we might applaud, with a dollop of schadenfreude, the demise of Trump’s ability to almost effortlessly generate controversy, conspiracies and associated ordure, there is another way to think about this.

If social media platforms can so dramatically influence what messages, good or bad, get to our ears, are we back in the bad old days of media owners dictating which voices are privileged and which are suppressed? What happened to that foundational dream of the internet, that everyone would now have access to a platform from which to speak; that citizen journalists would be able to undermine the agendas of mainstream media; and that marginalised ideas and voices would now be heard?

If the forest is owned by US social media platforms, their algorithms and company rules get to decide which trees are heard, and which just fall to the ground unnoticed.

It’s not an original question, and a cursory search will show you many people and organisations grappling with these issues. But the example of Trump is so glaring, it really does dramatically surface the problem.

By allowing the major social media platforms the power to decide what voices and messages dominate, we appear to have effectively just replicated the mechanism by which only rich people get to be heard.

It’s an unhappy paradox, that in a time where significantly more people now have access to platforms on which to be heard, a few North Americans have the power to determine who gets heard where.

This is not just an abstract concern. The US government itself is calling for the breaking up of Facebook because of monopolistic practices, and has made the same call for Google.

While he didn’t directly ask the "If a tree falls" question, the 18th-century philosopher George Berkeley did develop a philosophy of subjective idealism, which Wikipedia tells me was "coined famously as ‘to be is to be perceived’".

If 10 babies are born in a forest and a compromised journalist isn’t there to write about it, were those babies even born? Again, it’s not an original thought, but it’s one we need to keep in the foreground.

The battle for share of voice has moved to a different arena, and if anything, the odds are even more stacked against those without access to the inner workings of the major technology platforms.

‘Our movement is far from over,’ the former president declares, adding that ‘it is just getting started’
World
6 months ago

Facebook’s policies do not authorise an indefinite suspension, and users must not be left in a ‘state of uncertainty’ about their accounts, according ...
World
7 months ago
Next Article