Last week, SA’s advertising industry lost one of its gentlemen. In a ruthless world of programmatic automated advertising, Nigel Twidale was an anachronism for a gentler, better time 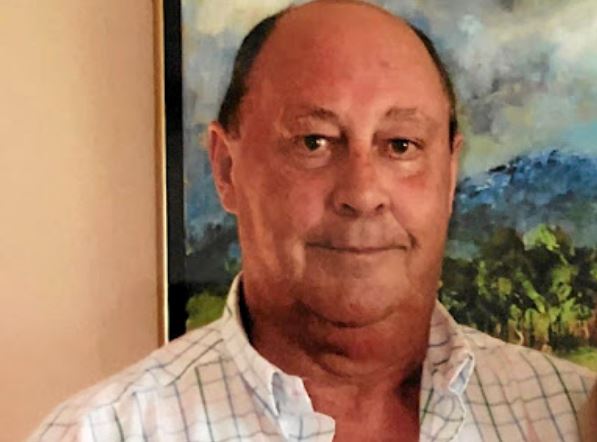 To meet the quintessential adman Nigel Twidale, who died last week, was to be cast back to a more genteel and forgiving time, where success hinged on kindness, manners, passion and personal relationships.

Twidale was a colossus of business advertising, having headed the sales department at what was Times Media — owner of the FM, Business Day and Sunday Times — during the 1980s, before venturing out on his own to form Media Action. To the last, he remained a formidable pillar of the FM and Investors Monthly.

Last week, finally, his heart — which many joked was always too large for an increasingly cutthroat and ruthless industry anyway — gave out.

It was hard not to see it as signifying something more. Over the years, even as the media industry shrivelled and advertising budgets became correspondingly anaemic, Twidale never changed.

It made him an anachronism: in a world where marketers wouldn’t know, or care to know, the names of everyone in a meeting, Twidale would shake every hand. Kind to a fault, he’d call out of the blue to ask how you were, or discuss an article he’d read that touched him, and he’d invite people he’d just met to a bang-up Sunday lunch on his veranda.

He came from an era where being a fine raconteur, as he was, was a prized attribute.

Over a bottle of red wine, and with his immense Nokia 6110 within answering distance, Twidale would recount wild tales of riding horses as a child in Zimbabwe, the juggling act involved in organising the first Forbes Africa conference in the early 1990s, and always, his family. At some point, he’d whip out his brown leather binder, out of which pictures of his wife or children would tumble.

And, as you’d expect, these were printed snaps from an era when that’s what one carried. But then, that Nokia 6110 was hardly equipped to handle photographs, much less indulge the luxury of a colour screen.

Eben Gewers, Arena’s head of sales who worked with Twidale for 15 years, said he’d tried to impress upon Twidale the advantages of Uber, but "the Nokia 6110 could not accommodate it". Even when the pressure got too much, and he got a smartphone, it only appeared as the less-loved twin to the ever-present Nokia.

Gewers remembers him as the consummate gentleman. "No matter the heat of the day, he would always be wearing a smart jacket with a neat pocket square, he was never late for meetings, he always respected a client’s time and always tried to get his point across in the most persuasive but gentle manner," he says.

Twidale entered the industry 50 years ago, in a world with far larger advertising budgets, where establishing a warm relationship with executives was crucial to success.

Stuart Theobald, chair of Intellidex who launched Investors Monthly with Twidale, describes him as a salesman who thrived in the glory days of the media, before the fragmentation wrought by technological change reshaped the landscape. "Even then, he never turned down an opportunity to bring his skills to a new idea or project. He was the rare salesman who could not only sell but help develop new products that would have a real impact on the market."

There was nothing, in Twidale’s mind, that couldn’t be achieved. Even when his grand vision for a project ended up dying on the desk of some junior penny-pinching executive, his optimism remained undimmed. "Well, we have a relationship now, you see, and that’s what counts," he’d say.

His wife, Nadene, and sons James and Graham, say this was his secret: prioritising relationships, first and foremost — not due to any cynical calculation, but because he couldn’t help himself.

"He was deeply moved by the people he worked with, for and alongside — he always believed it’s the people that make advertising what it is," they say.

Editors couldn’t help but embrace him — a rare occurrence in a realm where a Chinese wall usually resulted in an aloofness between journalists and advertising teams. It helped that many of these relationships were entrenched during extended Friday lunches at his favourite haunt, the Inanda Club, which would only end when the grappa bottle was empty.

At home, says James, he was entirely available to his family. "He always had a word of advice to share or a story to tell. His storytelling ability was legendary and his breadth of knowledge always fascinating."

An avid game park and hiking enthusiast, Twidale would tell people he was working towards retiring near White River, in Mpumalanga. "Keep your beaches and give me the bush any day," he’d say.

But it was hardly any surprise to anyone when the retirement date mysteriously kept being pushed back.

"I don’t believe he ever ‘worked’ a day in his life," says James. The consequence of this, he says, is that since he died last week, messages of condolence have flooded in.

"When a man fills a room so easily, it’s only natural there’ll be a void around the fireplace that can never be filled," he says.