Marketing for good: can we challenge cultural stereotypes? 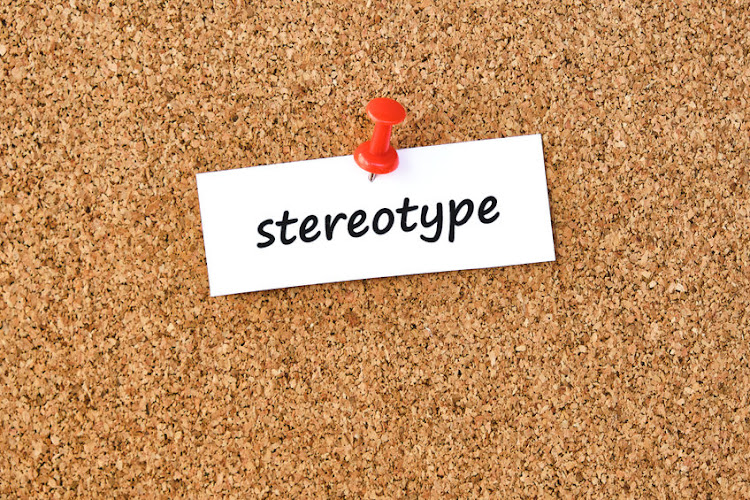 Marketing and communications is ever evolving, shaped and led by creativity, reflecting the world around us. Over decades, this industry has both driven and reflected human experiences, telling stories that bring us to a tear or a guffaw in an instant. But there have also been enough stories we have told that were not the whole truth. These have angered or annoyed many of us because they did not reflect the people at our workplaces and communities or the people consuming our brands. For that reason, I am passionate about portraying equality as a normal way of life.

This is not so much a mind-blowing revelation as it is an acknowledgement of the role I once played reinforcing stereotypes throughout my career. In behavioural science, the concept of social norms touches on how we are shaped by what others have done. This affects how we look at the world, as it can be a shortcut to making sense of the millions of signals our brains receive each day. Moving into different stages in my life, I have discovered some of the deeply held beliefs that perpetuate inequality, stereotypes and biases in the communication and advertising spaces. Reflecting on some of these discoveries, I am sometimes embarrassed to have been part of bringing them to life in all sorts of media.

Earlier in my career, the first strong biases I became aware of were Eurocentric beauty standards as the norm that African women had to aspire to. These affected how we defined our beauty, and the fallout is still with us today. Realisation of the second biases came when I had my two beautiful children, a son and a daughter. I recognised how clothing, books, and children’s entertainment had gender biases deeply entrenched in them. They tainted the way my children perceived their gender roles, and this was difficult to undo. In some ways, I am still confronted with this challenge regularly. Childhood biases are deeply rooted and take a disproportionately long time to unlearn, affecting future generations.

The last bias I will refer to has been my experience as I entered my fabulous forties. I was reminded of the existence of the “youth bias” that permeates advertising as we all fight to recruit and re-recruit lucrative new consumers into our portfolios. Somehow, when you reach the age of 40, you are no longer part of the consumer audience at the centre of consideration. This is particularly poignant for women, as the lens on beauty changes significantly compared to that of our younger counterparts. This is why I believe in the power of inclusion-driving representation to change and shape the future we want as a society.

As marketers, we have a fundamental role to play in this regard. Brands can be, and usually are, shortcuts to parts of people’s identities. By representing these in a conscious, deliberate way that can reconstruct the spaces in which they play, we can do our part to share the burden of addressing many of these social challenges. Nestlé Cremora recently released a remake of the “It’s not inside, it’s on top” ad. It was remade in five different versions with diverse casting, to shed light on what joy means to a new generation of South Africans. The casting reflects the diversity of our country while opening conversations about inclusion.

Progressive portrayal is more than a question of representation; it includes the depth of how we characterise people and situations in an authentic and meaningful way. Time for incremental changes has run out. The work done by the Unstereotype Alliance and many other organisations has never been more critical in driving just gender portrayal, given our levels of atrocious violence against women, children, and other marginalised communities in Africa.

The 2021 Kantar Global Monitor reports that 88% of consumers agree that not enough brands do a good job of representing people like themselves or their communities. The report says only 6% of ads show people aged over 65 worldwide, while people live longer, and older people have more substantial discretionary spending power than younger ones. At least 15% of the world population has some form of disability, but only 1% of ads feature a disabled person. Another study reveals that two-thirds of consumers care about racism, LGBTQI+ and gender issues, with 26% actively lobbying for visible change and more robust policies in this area. What, then, are we saying about these communities when we create brand work that keeps them on the fringes of our societies?

Here are some considerations I would have told my younger marketing self that I hope others can find helpful:

1. Consider representation more broadly to show the wider spectrum of the communities we live in in terms of age, gender, points of view, beauty standards, nontraditional roles, sexual orientations and class. We must do this even in societies where this is unacceptable. Instead of waiting for these societies to change before we act, we can adjust how we deal with cultural challenges.

2. Be conscious about the gaze or lens through which our consumers see our work. There can be nuances in the portrayal of certain groups by dominant groups who cannot identify with their lived experiences. I have needed help to understand how to portray differently-abled people from their perspective, as this isn’t a world I inhabit every day. I have had to be careful of my own unconscious biases.

3. Reflect diverse consumers owning their own space and actions, versus people being permitted to be involved. I often think that for those in my daughter’s generation who want to be married in future, it’s unlikely that they will always wait to be asked for their hand in marriage, rather initiating this request. Imagine if we showed this generation what it is to drive the outcomes they want confidently and intentionally!

4. Finally, ask whether is the work is moving the social conversations in your spheres of influence forward, or at a minimum doing no harm or holding  change to the prevalent causes back by decades.

We are all a part of the advocacy for change, whether we want to participate or not. Actively and consciously driving acceptance and transformation, we can be a powerful part of activism and build a better world – one consumer, one community and one cause at a time. Not only is it good for our planet, it is also good for business.

Zumi Njongwe is the consumer communications and marketing excellence director for the Nestlé East and Southern Africa Region.

By representing people’s identities in a conscious, deliberate way that can reconstruct the spaces in which they play, we can do our part to share the burden of addressing many social challenges.

Marketers need to interrogate who the conscious consumer really is, without unintentional bias or stereotype that will risk leaving swathes of people ...
News & Insights
5 months ago
Next Article