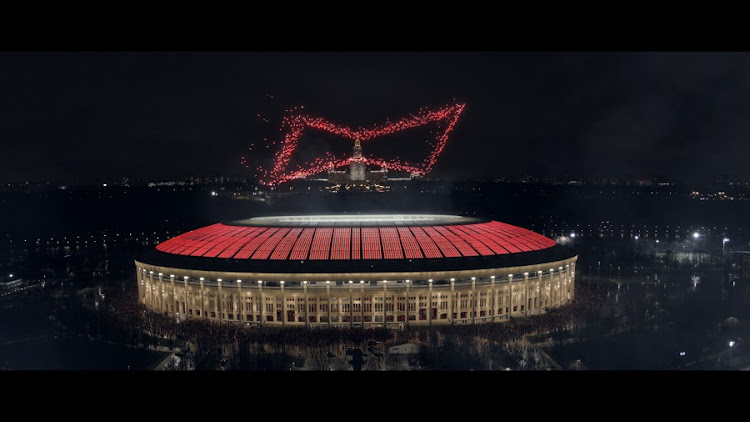 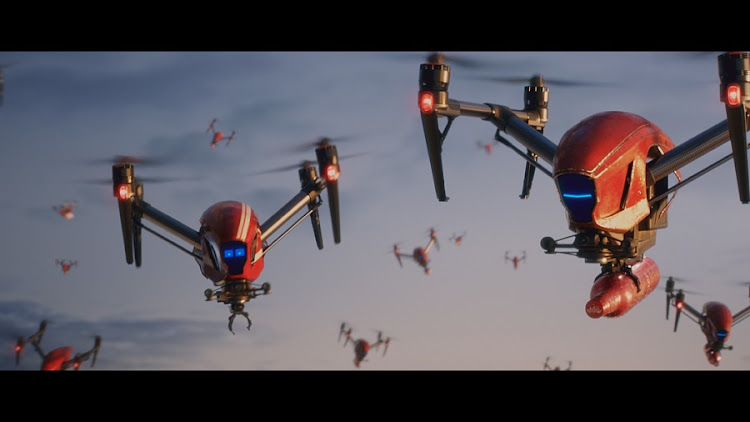 Budweiser, the official beer sponsor of the Fifa World Cup for more than three decades, was launched last year in SA by Anheuser-Busch InBev, and is locally brewed. The campaign aims to “encapsulate the unparalleled euphoric energy of the world’s biggest sporting event”, and will feature drones carrying Budweisers from its Missouri brewery to groups of people watching the games around the world.

The brand will be handing out more than 8m branded red cups that are activated by noise to light up, both at the games and at viewing events and bars around the world while the World Cup takes place. Other elements of the campaign include a variety of integrated experiential, digital and social programmes in each country. “One of our primary goals through the Fifa World Cup is to grow our brand globally,” says Alistair Hewitt, brand director for Budweiser at SAB and AB InBev Africa.

Locally the brand is working with a community in the Transkei to provide it with a soccer pitch and clubhouse that is totally solar powered. “We intend to host a viewing of a World Cup match where we will hand over the pitch to the community,” says Hewitt.

Since launching in SA, Budweiser has put an emphasis on 100%-renewable energy resources and is working towards producing beer locally with entirely renewable resources by 2019.

Though SA did not qualify to take part in the tournament, the brand is going to great lengths to ensure that SA football fans will be able to watch all 64 fixtures, says Hewitt.

Budweiser is leveraging its Fifa World Cup sponsorship with its most ambitious campaign to date.

In addition to making a limited number of noise-activated red light ups available in SA, Budweiser is releasing a limited edition, collectable aluminium bottle especially for the tournament and is teaming up with Metro FM to host parties at stadiums in Johannesburg, Pretoria, Bloemfontein, Cape Town, Port Elizabeth, Durban, Mpumalanga and Polokwane where guests will have the opportunity to win one Fifa World Cup ticket.

Moreover, South Africans will be given the opportunity to win one of 30 tickets to the games in Russia when they buy a 330 ml or 660 ml Budweiser bottle. A further R2m in airtime is up for grabs for consumers who buy a 660 ml bottle.

The brand will also host fan fests in Johannesburg and Cape Town in partnership with fellow sponsors Hisense and Adidas, while special Budweiser hotel events will be taking place in Polokwane and Durban.

Fifa has struggled to find sufficient sponsors for this year’s World Cup in the wake of corruption and bribery allegations that have dogged the organisation for several years. Sponsoring brands are also being cautious about how they navigate geopolitical events in Russia.

But Budweiser says its campaign will be focused on uniting people around the world in their shared passion for football. “At the end of the day the Fifa World Cup is one of the most-watched sporting events on the planet – one that transcends borders and cultures, and connects people around the world to celebrate their shared passion for football,” says Hewitt. “Our sponsorship is not an endorsement of any government or policies, but is in support of the game of football and the power of sport to connect people.”

Data and integration: the future of the sponsorship world

In line with current trends, sponsorship agencies should be able to provide a more integrated offering to clients
News & Insights
3 years ago
Next Article

Women in sport: get ahead of the game

Women in sport: get ahead of the game