NFTs are good for business — and here’s why

If you are battling to understand NFTs or if you are one of many marketers who think they’re just a geeky gimmick, this is the practical application guide you’ve been waiting for 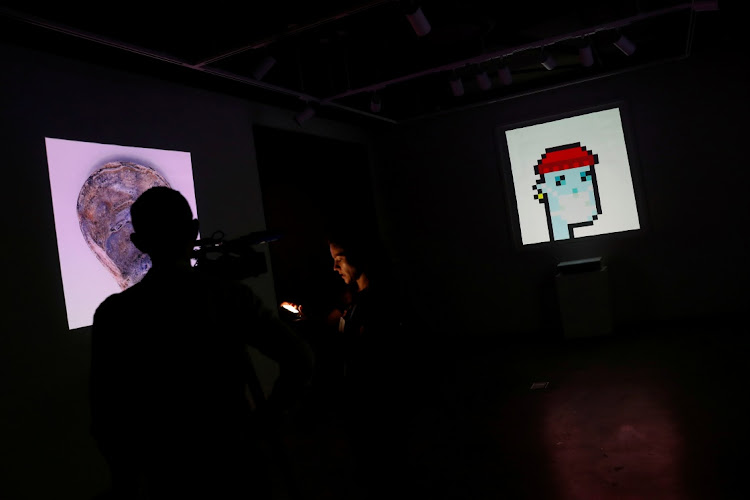 While we are big fans of innovation at VMLY&R and always on the lookout for new and creative ways to help our clients, it’s also our job to protect said clients from BS and trickery. So, when Twitter started getting excited about nonfungible tokens (NFTs), we were both curious and sceptical. In the absence of being able to poke it with a stick, we called on local NFT gurus Vincent Maher, creator of the NFT collection Heads on a Platter, and Munyaradzi Nyikavaranda to give us the low-down on whether this latest craze is a hit or miss. The short answer is: it’s a hit. Here are three reasons why.

1. NFTs are not just weird pictures

The main argument in favour of NFTs being BS is: “People pay stupid money to own NFTs because they’re supposedly unique. Well, I right-clicked your little picture, saved to desktop and boom! I own it now too. For free.” Yeah, only you don’t. You see, NFTs are minted on the blockchain. Not all blockchains — bitcoin, for example — support them; it’s mainly an ethereum thing. The creator issues a certain number of each NFT (called an edition) — it could be one or 15 or 227, whatever — and each of these has a unique certificate of authenticity. So, when you save the image to your desktop, what you have there is essentially a counterfeit — like a cheap reprint of the Mona Lisa or a traffic-light-special Springbok jersey. The original of that NFT has a verifiable certificate of ownership safeguarded by blockchain technology, so it’s pretty much impossible to forge. For now.

2. Their value makes sense when you think in terms of behavioural economics

So now that we know NFTs are real, the question is, why do people want them? And that comes down to human behaviour and how we assign value to things.

Social capital: Some people like owning stuff that other people want — like a coveted low-profile supercar that’s totally impractical on the potholed streets of Jozi.

Collector impulse: Some NFTs are released in collections with limited numbers of each one available. Compulsive collectors want to complete the set and will pay good money to do so. It’s the same reason baseball cards are valuable and the premise of, ahem, Pokémon.

Art: For art lovers, NFTs are digital art — and they want in. And let’s be honest, there’s a lot of high-priced art out there IRL that’s a lot more random than a pixelated jpeg of a severed head.

Community: Like the old secret handshake or Freemason’s signet ring, there’s an attraction to being “part of the club”. Especially when membership is exclusive.

Loss aversion: The risk averse among us may avoid dabbling in cryptocurrency because of its hugely volatile mood swings. NFTs are a way to bet against ethereum, if you will, by locking in value. No matter what ethereum does that day (or hour or minute), you can’t lose.

Metaverse value: Whether we’re talking the digital alternative plane that we’re all supposedly going to use as our escape from dystopian reality some time in the future, or the immersive games that millions of humans already use for that purpose, NFTs have genuine utilitarian value in a virtual world. Imagine owning a unique super-weapon that no-one else in the run-around-killing-monsters game you’re playing can get unless you sell it? Or getting to be one of the exclusive few who can hang out in Snoop Dogg’s virtual mansion?

3. They have real-world applications — which brands are already tapping into

NFTs don’t just exist as quirky profile pics for Twitter super-users — they can cross over into the real world. Case in point: a campaign by Formula One (F1) racing stalwart McLaren that allowed fans to collect parts of a virtual MCL35 racing car as NFTs. Remember buying magazines that came with parts of a dinosaur, which your kids (you) could build, piece by piece? Like that. Except the pieces started out free and got more expensive. And the first person to complete their virtual car won every F1 fan’s dream: a VIP race weekend experience. Other brands that are already playing in the NFT space include adidas and Burger King.

All this being said, NFTs are still largely misunderstood — which means there’s still time to get ahead of the curve. If you want to keep an eye on what’s happening in the space, do as Maher suggests: “Watch Snoop Dogg ’cause he knows.”

* Ben Wagner is co-founder and CMO of VMLY&R SA.

The big take-out: NFTs have genuine utilitarian value in a virtual world.