Every agency gives advice, but it’s a rare one that heeds it

Putting your money where your mouth is 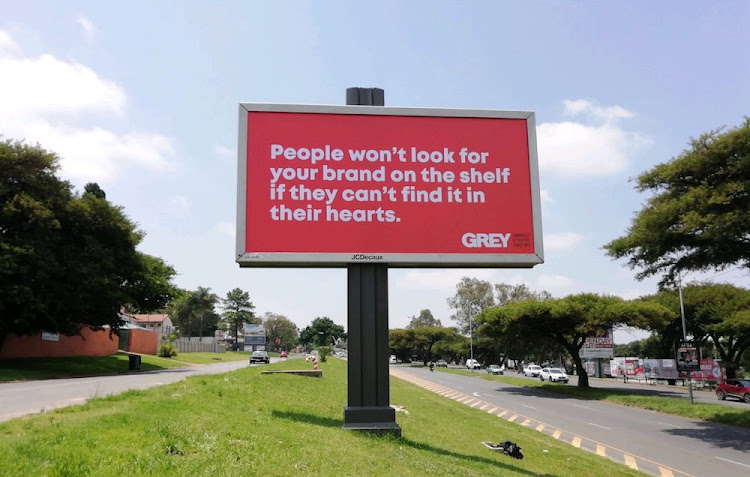 Moral hazard. Two words you don’t hear often in the context of advertising. But then, you didn’t really hear them in any context until after 2009.

That’s when we discovered just how reckless those Wall Street wizkids had been. With other people’s money. That’s what a moral hazard is: a tendency or inclination to take greater than normal financial risks when it’s not you who’s going to be footing the bill if it all goes pear-shaped.

It manifested in the dodgy deals financial advisers were queuing up to sell to unsuspecting clients in all manner of fancy, but opaque, financial instruments even when they had to have known that the mortgages that underpinned those instruments had a snowball’s chance of ever being paid.

It manifests regularly in the short-term insurance industry where drivers unconsciously take more chances than usual, safe in the knowledge their insurance will cover any damage.

And it manifests in advertising too: every time we tell a client they should take more risks, and that the greater the risk, the greater the reward will be. Try it. See how easily it rolls off the tongue. That’s because it’s not our money we’re offering to gamble with. As one strategist put it, “Everything’s easy when someone else is paying for it.”

This lack of skin in the game on our part creates an unfortunate credibility gap, especially when our advice involves the client spending more money. And what makes it doubly unfortunate is that even demonstrably sound advice is treated with circumspection. Never has this been more apparent than during the recent lockdown and the months thereafter.

I doubt there’s an advertising agency in the country that hasn’t had to deal with clients cutting their budgets in the months after our first descent into lockdown. Ad spend will have plummeted across most categories and brand building initiatives will have ground to a halt, despite all our advice to the contrary.

But of course, we’d advise to the contrary, wouldn’t we? We’re ad agencies, after all.

Well, yes, but not for that reason.

Everything’s easy when someone else is paying for it

In the subjective world of advertising, the argument about whether to advertise or not during a recession is probably about as close as we’ll ever come to a settled debate or to anything resembling an indisputable fact. There’s more than a century of research and evidence all pointing to the benefits of advertising during a downturn and, consequently, to the negative effects of pulling advertising during such a period.

But this evidence seldom gets an airing beyond the desks in the planning department, serving no purpose other than to clog up strategists’ hard drives in the vain hope that one day somebody will see the argument and see its obvious truths. Instead, because of moral hazard, because we don’t have skin in the game, our recommendations are often seen as self-interest rather than impartiality.

So we decided to see for ourselves; to put some skin in the game.

Armed with the research from the Scopen Agency Study, detailing exactly our brand’s strengths and weaknesses relative to our competitors, we set ourselves some marketing and advertising objectives and wrote ourselves a creative brief, just the same as we would for any other brand in our portfolio.

The out-of-home adverts you’ll see for our own brand on JCDecaux billboards strategically placed around the northern suburbs of Joburg to catch the eye of clients and agency staff, are the product of the same creative processes, the same reviews, the same budgetary constraints we experience on all brands. We’re doing for our own brand exactly the same as we do for our client brands on a daily basis.

Though it has to be said, this client certainly takes the cake when it comes to difficult.

Will people like the campaign? Some will. We think the boards are, if nothing else, amusing and a bit of playful rivalry with other agencies.

Will people hate the campaign? Some will. Without a doubt. This is advertising after all and, if you haven’t yet learnt that trying to please everyone is a mug’s game, you might want to reconsider your career choices.

Most important, will it work? While we’re hardly going to publicise our specific objectives for all our competitors to see (at least, not until Effies 2021 anyway) suffice to say the campaign has three chances at success. If it attracts new clients to our brand, it works. If it attracts new talent to our brand, it works. And if it succeeds in dispelling the myth that agencies act out of self-interest in the mind of just one client, it works.

And any of those three might just make those budget chats a little easier.

About the author: Stuart Walsh is chief strategy officer at Grey.

This article was paid for by Grey.