What is a challenger brand? 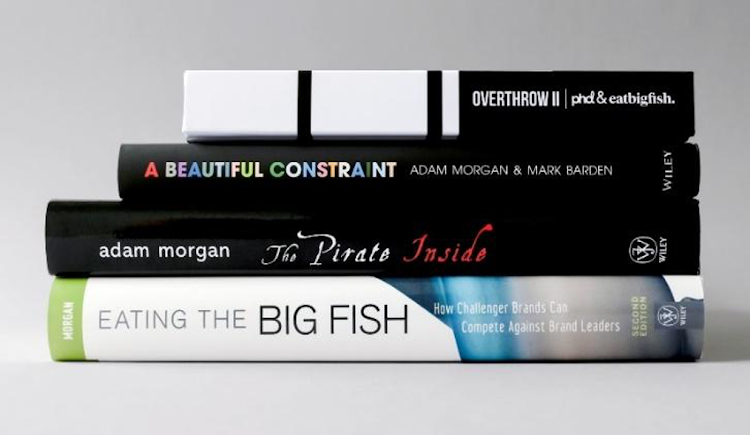 In his best-selling book Eating the Big Fish, eatbigfish founder Adam Morgan explains the concept of challenger brands. Challenger brand thinking is an important concept for African business — now more than ever. It enables us to channel our larger-than-life ambitions together with our ingenuity and people-first mindset to create African solutions for African problems. Some of the concepts Morgan outlines in his book are shared in the article below.

Being a challenger is not about a state of market: being number two, three or four doesn’t in itself make you a challenger. A challenger is a state of mind. It’s a brand, and a group of people behind that brand, whose business ambitions exceed their conventional marketing resources. As a result, the brand needs to change the category decision-making criteria to work in its favour, and to close the gap between its ambition and resources.

Being a challenger starts with attitude​. The importance of a valuable product proposition will always be crucial, but starting with the right mindset helps orientate the entire organisation and its culture. If businesses want or need to say like a challenger, there are some core principles to live and thrive by.

Intelligent naiveté enables us to ask those simple upstream questions that as we become more steeped in the category, we lose the ability to ask. Like Netflix founder Reed Hastings, who with no prior experience of the film and television industry, asked: what if movie rentals adopted the gym-subscription model. Some challengers insert an entirely new emotion into a category or overlay the practices of one category onto another. Challengers, typically, don’t know the difference between what is possible and what is impossible.

Challenger brands have a very clear sense of who or what they are and why. Their set of ideals and beliefs are unwavering, and they stand for something bigger and more important than the category itself. They project this point of view intensely, consistently, and saliently — like a lighthouse, forcing you to pay attention even if you are not looking.

Create a symbol of re-evaluation

To break through, challengers often create an initial and dramatic symbol of re-evaluation. They jolt their chosen target market out of their complacency regarding the category and therefore their choices within it, often referring to the current status quo as broken or incapable of delivering on real consumer needs.

Most brands we see around us are not really marketing, they are merely tweaking indifference. Challenger brands do not have the time, or the luxury of indifference and their only currency is strong preference. And to create strong preference they need to reach out and bind certain groups of consumers very strongly to them, eliminating dilatory activities and supporting marketing that focuses on narrow, intense loyalty rather than a weak, universal appeal.

When a karate black belt attempts to smash a brick in two with his bare hand, he aims not at the brick itself, but at an imaginary point two feet below it. In other words, it is a triumph not of commitment, but of overcommitment. The same approach is required of challenger brands; it is only overcommitment that will push through the inertia and resistance they will inevitably encounter.

Challengers find ways to enter into popular culture. The daring events sponsored by Red Bull, whether it be cliff diving or Formula 1, create a shared mission with users who become strong advocates who in turn multiply the brand’s marketing messages. The lesson is that it’s not what people buy, it’s what they buy into​.

Challengers need momentum — actual momentum (the source of return on investment) and perceived momentum (the sense that this is the brand to watch). And the reason most challengers lose momentum after initial success is that they fail to realise they have to change to stay the same. Challengers centre their brand on one core idea and amplify this throughout their business, integrating this idea into their operating model.

About the author: David Blyth is founder of DeltaVictorBravo (the Africa partners to eatbigfish)

This article was paid for by eatbigfish.