You hate robocalls for the wrong reasons 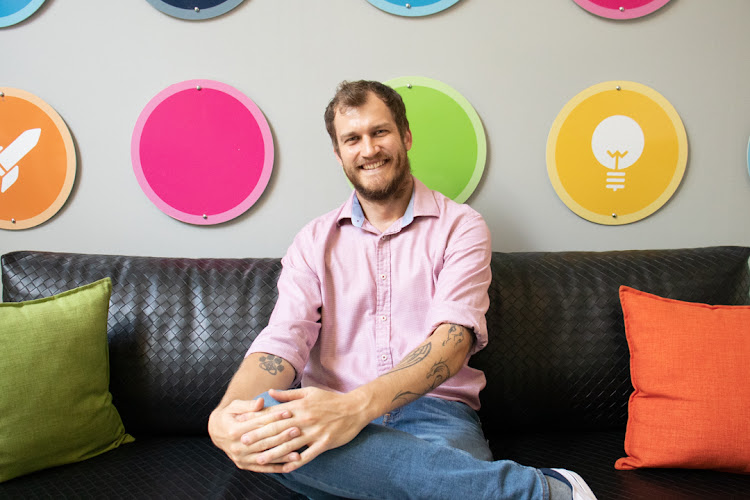 Everlytic MD JD Engelbrecht believes there is a place for automated voice in the sales and marketing channel mix. Picture: SUPPLIED/EVERLYTIC

Think back to your favourite robocall experience. You probably don’t have one. Last week, at a dinner party, I asked the guests to recall their favourite robocall experiences. It was interesting and thrilling … not quite … nobody enjoys getting a robocall. I don’t. You don’t either. It's one of the few things people unanimously unite behind. Why do businesses keep using the channel? Is there a better way to use it? Why do people hate it so much?

Yes, Everlytic offers automated voice as a messaging channel. Does this make us hypocrites? No, and I'm going to make the argument for why not.

Why do we hate robocalls?

Given the same message content, delivered across email, SMS, by a human being, and by an automated voice delivery mechanism: which would you hate more? You are probably more tolerant of email, then SMS, then automated voice, and you would be most inclined to acts of violence when a human being phoned you. Generally, our politeness saves lives.

And this is where things start to become clearer: the more passive and easily dismissed the channel, the more tolerant we are.

Email and SMS are relatively passive; depending on your notification settings, you may hear a ping but there is no immediacy or urgency to read or respond. When your phone rings, you generally answer (let’s forget about Truecaller for now) because if you miss it, you miss the message and it becomes a chore, and: FOMO. A robocall is more easily dismissed than when there is a human talking to you. We also feel guilty that we are dismissive, which adds emotional cost.

There is more to it though. Aside from the factors above, our brains are highly effective, optimised pattern recognition and simplification machines. Stereotypes are shortcuts produced by the brain that use past experiences to draw conclusions and condense reasoning and understanding. What does this have to do with robocalls? Hang in there.

I would venture to say that other channels are used in higher gross volume and intensity for spam or fraud than robocalls. Aside from email being more passively consumed and less intrusive, consider that it is less about the number of these messages and more about the ratio of them being spam.

I can’t recall receiving a single robocall I gave informed consent for (ever).

Generally, either the data is bought, lead generators are used to mine their own data, or the consent is given, but it generally isn’t informed – often deeply buried in contracts. The channel is also not communicated upfront. Most emails I get after the email client has filtered out spam, are things that I either expect, want, or can tolerate because I understand why someone would send it, and of course, everyone should have a Nigerian prince in their network.

All the automated voice calls I’ve received have been unsolicited. It is important, however, that we avoid a trap. Consider that the ratio is high not because businesses send the current unsolicited messages; it is high because of the absence of consented, expected messaging (think about my email context).

Considering all of the above, it would be reasonable to accept we hate robocalls because they require active engagement. There is a perceived personal cost of dismissing a call, and our brains have taught us all robocalls will waste our time.

So, why do businesses continue to use the channel for a hard sell?

The answer is simple: stats – more specifically the expected return of a call (yes, I’m fun at parties). Simply put, the expected return is the average lifetime value of a sale, multiplied by the probability of a sale being made. As long as this expected return is higher than the cost of a call, businesses will continue to use the channel. This is also why it is generally used to promote annuity products like insurance. Debt counselling and collection is another popular use case. Same premise.

I am not condemning existing tactics, though I believe businesses could optimise their expected returns by being more targeted and combining it with other channels, however, volume then becomes the challenge. There is a place for robocalls in the market, else it would have been abandoned.

It's unclear what the future holds for lead generation-based automated voice in the context of the Protection of Personal Information act (Popia). What we do know is that existing databases will be grandfathered in but will become stale. I would contend that the dynamics of the channel will significantly change as old data becomes obsolete and new data is accompanied by informed consent – this will change the relationship between consumers and the channel and will force businesses to change their channel strategy.

There is a place for automated voice in the sales and marketing channel mix. This is why we got into the business.

Then, why did Everlytic create an automated voice product?

If we can provide a better service at a better rate while supporting opt-out expression from consumers, why not play?

With all of this said, how do we change things? We started with a few questions; perhaps it is fitting to end with some, to which I will propose some answers.

Have lead generators and scammers ruined the potential of automated voice messaging? While it has tainted the channel, I don’t think it has been damaged beyond repair. The channel is likely to evolve as Popia phases in informed consent and old datasets become obsolete. We are ready and support the evolution of the channel.

Are marketers’ personal biases against automated voice blocking innovation and preventing the evolution of the channel? Yes. Personal biases must be changed or set aside and we need to reimagine the channel, particularly in the context of contextual, consented, and personalised messaging.

Has Truecaller already killed the channel?

It has certainly changed it. It has grown from a clear need and consumer activism movement; they voted with installs. Truecaller, at its core, is a service that helps you filter out spam calls using network effects. Consider that people wouldn’t report a business sending them useful messages in a context they want, need, or expect. Instead of rotating numbers to outsmart Truecaller, perhaps we should get informed consent, provide valuable content, and identify our numbers on Truecaller to ensure users know it's us phoning?

Here are some use cases for where robocalls can be used where the consumer expects the messaging:

There is a time and a place for automated voice calls in the modern sales and marketing channel mix. Managed ethically, robocalls offer compelling commercial opportunities for organisations that would benefit from the channel’s immediacy.

This article was paid for by Everlytic.