Fast food advertising under the spotlight at the Financial Mail AdForum

Fast food advertising was put under the spotlight at the most recent Financial Mail AdForum, hosted at Vega School of Brands in association with Ornico. 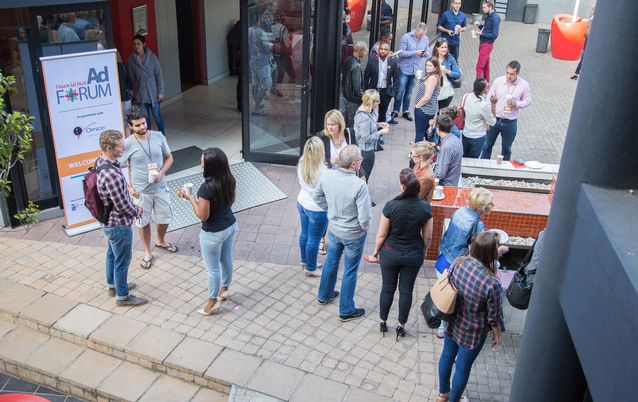 Fast food advertising was put under the spotlight at the most recent Financial Mail AdForum, hosted at Vega School of Brands in association with Ornico.

The local fast food industry is worth a staggering R300bn/year. With the number of fast food operators in SA, consumers certainly have choice. Euromonitor estimates that the number of people in SA who consume fast food will grow to 42m in the next two years.

The SA Advertising Research Foundation estimates that the percentage of South Africans who buy fast food has increased from 66% in 2009 to 80% in 2015 in spite of rising food prices. This is due largely to a broadening black middle class, an increase in the number of women in the workplace, a strong culture of both dining out and eating meat, and an increase in the number of fast food outlets in townships and rural areas.

This month’s panel was made up of Lynn Madeley, CEO of Havas Worldwide, Mongezi Mtati, marketing manager at Ornico, Deon Wiggett, creative partner and co-founder of famouscopy, and Rob van Rooyen, executive director strategy at House of Brave. The panel was moderated by Jeremy Maggs.

A Chicken Licken print ad elicited divided comment from the judges regarding how effective it was though they all agreed the food looked awful. “If you are selling food, the food needs to look appealing,” pointed out Madeley. Also counting against it were that too many logos were included and that the message that a new outlet was being promoted got lost.

A print ad for Domino’s did not fare much better and was criticised for being bland and not at all memorable. The ad was ineptly put together and the pizza looked particularly unappetising. Blue backgrounds do not work when promoting food, it was pointed out.

Though the panel agreed that a Panarottis radio ad was not funny, based as it was on a tenuous pun, some felt that it could work. The offer, however, was not as strong as it could have been.

The audience was as divided as the panellists regarding a Steers radio ad. Some felt it was badly produced and had confused messaging, while others argued the spot worked because it was familiar.

Burger King’s TV commercial would address its target market effectively and do its job, the panel agreed. It evoked an emotion, had good food photography, and showed clear value.

As a challenger brand, Chicken Licken’s TV commercial was amusing and aligned with the brand’s irreverent and mischievous personality. The narrative was well written. It was pointed out, however, that the shorter version of this commercial – which was not shown – did not work as well.

Whether or not a McDonald’s TV commercial reflected the brand’s personality was discussed at length. Van Rooyen argued that it felt more like a KFC commercial and lacked the energy inherent in the McDonald’s brand personality. However, the panel agreed it was a well-crafted commercial and told an effective story.

It was a return to form for Nando’s with an irreverent, amusing and highly relatable TV commercial. The panel agreed that while the food could have looked more appealing, this did not detract from the fact that it was a great ad.

While the concept of second best was an “interesting” one, Spur’s TV commercial did more of a category job for the SA meat market than promote Spur, the panel agreed. The characters were clichéd, and it wasn’t amusing. Not only was the food totally unconnected to the ad, it also didn’t look particularly appetising, agreed the panel. Added to this, the commercial did nothing to entrench either the brand or the brand experience.

Big take-out: While a fast food account may be a “badge account”, it’s clearly not easy to get the advertising right, if the ads on display at Financial Mail’s AdForum are any indication.