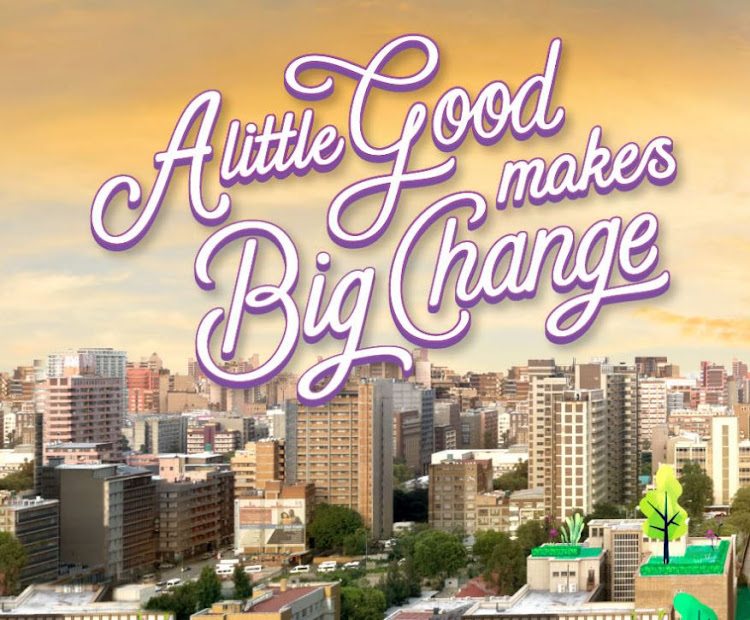 Gone are the days when brands could simply be cool and clever – a brand is nothing unless it stands for something. A new generation of consumers wants to know that they are doing some good with the brands they choose to invest in and engage with. We have kicked off an era in advertising of producing work that lives in people’s minds and  hearts.

Some organisations are not just hopping onto the altruism wagon, to coin a phrase, but have been in the business of doing good from their inception. The Hollard brand is a standout example of this, with previous campaigns, like the donation of their billboards to small businesses in SA, geared towards positive change.

So it’s not surprising that the company’s new campaign is an initiative calling on people to volunteer their time and services to better communities in SA. In a world first, the campaign also offers policyholders the chance to earn back a portion of their premiums in exchange for volunteering hours. The pilot project for the campaign was launched at the end of April and, though the initiative is still new, Hollard has already seen some promising engagement.

Heidi Brauer, chief marketing and corporate affairs officer at Hollard, says this is the logical next step in Hollard’s marketing journey. “The idea of [a combination of] business and purpose feels new,” says Brauer. “For Hollard, this is not a new idea. It is built into our DNA. Better futures are our purpose, mantra, and battle cry. We do it through insurance. But the idea of having a bigger reason for existing is not new to us.”

Ryan McManus, chief creative officer at VMLY&R SA, worked together with Brauer and Hollard’s actuaries to bring the campaign to life. For McManus, the campaign also speaks to Hollard’s existing values and brand promise. “We are talking about better futures in SA, where it feels as if optimism is waning,” he says.

The logistics behind such a monumental undertaking were made simple through Hollard’s partnership with forgood, an online platform that connects volunteers with causes close to their hearts and tracks volunteering hours. As Hollard’s campaign is something completely novel, Brauer initially did not know what to expect when she pitched it to her colleagues. “This idea was tough, in the sense that it’s something we’ve not done before, but we never encountered anybody that said we were nuts – not one person,” says Brauer. She attributes this understanding and shared sense of purpose to years and years of repeating the company’s values so that they are entrenched in the fabric of the organisation and everyone who works there.

McManus is exceedingly proud of the campaign and believes they have nailed a winning formula to ensure its longevity. “We are using above-the-line tools, digital tools, to really remind people that it is a win-win situation for everyone involved. We have seen great success digitally with nudging, and this campaign is a giant nudge to get people going. Hopefully people will continue doing it and it will have a knock-on effect on the rest of the country.”

The campaign fits right into a shifting marketing landscape where, as McManus explains, campaigns are no longer just pushing a message, but extending an invitation to do something good.

I’ve spent most of my professional life looking at marketing campaigns, and the cynical meter is in-built and finely tuned. This is one smart idea that moved all my needles, pushed the right buttons and is a loud call to other brands to follow suit.

The big take-out: A brand is nothing unless it stands for something.

Purpose is the big differentiator in a cluttered environment

Purpose is no longer a nice-to-have. Instead, it drives real business value when done authentically and for the right reasons
News & Insights
1 month ago

While purpose is a powerful commercial force across the world, different economies demand different types of purpose thinking, and leadership
News & Insights
4 months ago
Next Article