Should we be returning to the office? 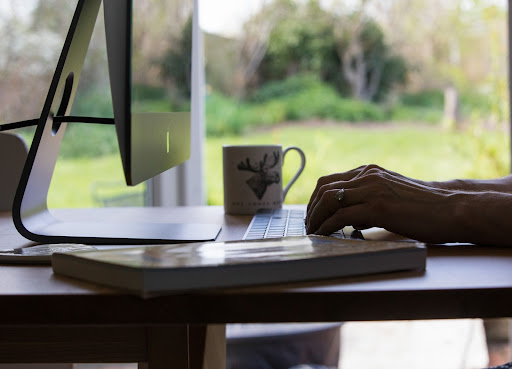 Following hot on the heels of the pandemic season a new virus is spreading through the minds of leaders, managers and shareholders the world over: the return-to-office bug. Like Covid it is easily caught and hard to defend against. By contrast, however, we can address it with reason, not vaccines.

Working remotely and flexibly was never on the “to do” list of most companies in the world. I can remember having debates over the years about whether to give people “duvet days” or to offer flexible working hours as a perk. How quaint and unnecessary those debates now seem. The grand experiment was forced upon on us, and … nothing.

Well, nothing much. I mean, the world did not end, productivity did not fall to near zero levels, people did not devote their days to PlayStation and beer. They continued to work. In fact, anecdotal reports and early research seem to indicate that people worked harder, longer and more efficiently. They navigated the complexities of work and “life” (the bizarre binary of the common wisdom) with greater ease. They could focus. And they could work at the times of day and places that best suited their personal style and needs.

Obviously that is a somewhat idealistic rendering of reality. For many people who were still doing manual labour the inability to go in to work was a calamity. The jobs of many of the support staff in offices became redundant almost overnight.

And, of course, working on the internet and in isolation didn’t suit everyone’s personality or preferences either. Highly extrovert people missed the social aspects of office life. In the ad industry we have heard, over and over, about how creativity has suffered because people can’t brainstorm and create together online. And, of course, one notable class of businessperson has missed the office the most: the manager. What are the people we hired to get other people to do the right stuff at the right time going to do when those people are not cowering behind a cubicle waiting for instructions?

There are two important flaws being stitched into this pro-office argument: first, we are not in a pandemic anymore. People are now free to meet each other anywhere; the manual jobs are back; and the extreme isolation, at least for most people, has lifted. Those who relied on work for a social buzz can now get that elsewhere if they’re not in the office. And they can go into the office for a somewhat diluted version of the same.

The second flaw relates to a romanticisation of the pre-Covid office. Far from being an environment consistently creative and collaborative, many offices were mired in problems. Commuting, alone, could chew up hours of a person’s day. Then you had disagreements about parking, about desks, about facilities and about air-conditioning. To say nothing of the performative part of office life: showing up on time, looking like you’re working eight solid hours, taking breaks that were just the right length (none, if you really wanted to impress) and staring, staring, STARING at that computer screen with keen determination. And those long, tedious meetings during which you might be berated for drifting off into your e-mail or for the urgent PowerPoint presentation there was never any time to actually make.

And that’s all the surface stuff. Offices are and were thriving hives of politics and micro-aggressions. It’s true that as a leader it felt good to walk into a full building, buzzing with life, and to see what the huge salary bill was buying you. But that need is unidirectional. For the worker, the buzz might just be noise. Speaking for myself, I find the office a distracting - yet fun - environment. If I want to meet some interesting people and chat about some interesting things it works. But this article is being written at home because at work I wouldn’t get the five minutes of uninterrupted time I am having now (and that’s with a two-year-old trying to show me his drawings).

There are also some false assumptions backed only by intuition.

Creativity is not actually a group activity. In research study after research study it’s been proven that some creative tasks and thinking work are best done in groups and others are best done alone. In fact, there is no conclusive research at all that demonstrates the need or primacy of group work for creative projects. Even if there were no formal research, this is patently obvious already. Did Beethoven have a creative team? Did Leonardo kick his ideas around with post-it notes before painting the Sistine Chapel? Obviously not. And obviously these are works that represent some of the heights of human creativity.

The other big assumption is that culture is something physical. People gathered together frequently in the same place equals great culture.

Does this seem, even at first glance, to be true? I have visited many corporate offices with zero culture. Go and walk around a huge warehouse full of packers or a big call centre and ask yourself whether the physical location is contributing to a healthy culture for staff.

Culture is a deliberate effort on the part of leadership. Some company cultures are so strong they can survive multinational expansion, and intergenerationally. But to do that requires a clever set of values, principles and programmes that are consistently practised and reinforced. Culture is lived experience. It’s not a poster on the wall that says “We value our employees”. It’s the feeling of being valued.

Everyone has some stand-out moments of pre-Covid work life that were peak experiences. An amazing brainstorm on a pitch. A really fun party or social event. A deep connection made with a colleague. But for each one of those you can’t even remember the number of days on which there were no peak experiences: the awkward parties you felt compelled to be at; the meeting after meeting where bombastic men dominated the discussion and made no space for anyone else; the terrible coffee. And so forth.

In our business we have moved from our company being a place to a company being an idea. That idea, it turns out, can exist on Slack or on WhatsApp. It can travel to coffee shops and walks in the park. And it is present, at least some of the time, on video calls and in the work we do. It doesn’t make the job of building culture easier, but I have to tell you, it also doesn’t make it harder. It’s just different - and that’s the part that many leaders can’t stomach. It just doesn’t give the visceral thrill of a gathering and so it feels off. But that feeling is inside the leader’s mind - it is not in the water.

Some degree of physical interaction is probably important. Don’t get me wrong. I too have loved reconnecting with people in real life and engaging in the kinds of serendipitous conversation and quick problem resolution that is harder online. But that in itself is not an argument for a regimented return to office policy. Perhaps having less frequent socialising opportunities is as complicated as this problem turns out to be. And if people don’t want to come to those, and keep doing their work well anyway, what problem exactly is there to fix?

I have saved the best for last. There is a strong theme in some of the circles I move in that being in the office creates more bonding to the company. The idea here is that staff turnover will increase because people are not sufficiently well attached to the company and moving jobs is now as easy as moving Microsoft Office credentials.

It is too early to crunch the numbers on this one but, at least in advertising, I think this belief is based on fear, not facts. Staff turnover in our industry as always been high. For the past decade every month I have grappled with how to lower staff churn, as has every CEO in my position, and the combination of competitiveness and youth has defeated us. Staff churn is not a new phenomenon brought about by remote working. It is an ongoing problem driven by insufficient skills, inadequate career planning and limited growth opportunities. Also by the prevailing wisdom among young people that multiple companies equates to more valuable experience (a debate for another time).

I am betting that shaping the style of work around the needs of employees and giving them more freedom to define their ideal work day will become a net attractor to organisations. It already has been for early pioneers in this space and it will be again. As the managerial class starts to cave into our insecurities and need to see the physical work product of our efforts, the number of companies brave enough to grant their employees control over their own lives will shrink. And for those who stay the course the prize will be the smartest, most self-motivated and most trustworthy employees in your industry. And those are employees who will stick around, not jump ship.

Jarred Cinman is CEO of VMLY&R.

I am betting that shaping the style of work around the needs of employees and giving them more freedom to define their ideal work day will become a net attractor to organisations.

Could Covid-19 create a new normal for commercial teams?

In an alleged email, Musk wrote that ‘anyone who wishes to do remote work must be in the office for a minimum (and I mean *minimum*) of 40 hours per ...
News
1 month ago

South Africans are now able to work for firms in other countries, even if they are not willing or able to relocate overseas
Opinion
1 month ago

Just one or two days in the office is the ideal setup for hybrid work, according to a new study, as it provides workers with the flexibility they ...
Business
2 months ago
Next Article