Mutual trust a defining ingredient of this successful client-agency partnership 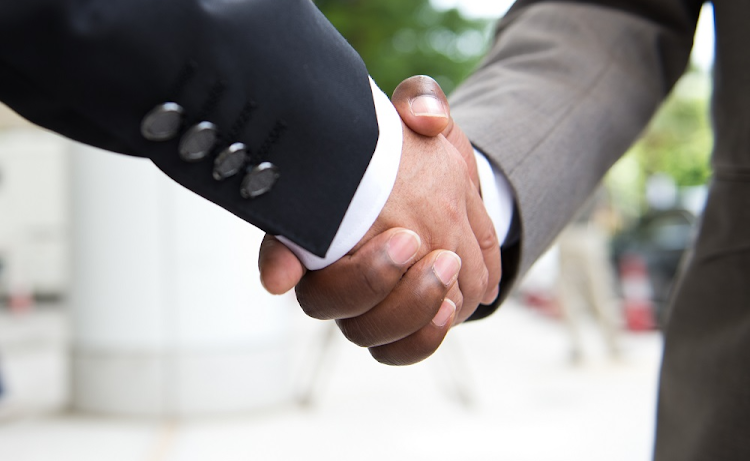 Though long-standing partnerships between agencies and clients can provide great results, it is not the length of the relationship that determines the FM AdFocus Partnership of the Year Award. The award is given because it is a continuation of success, rather than a spike. Ultimately, what the jurors are looking for in the winning entry is a relationship with proven, continued results.

The winners of the 2021 AdFocus Partnership of the Year Award, sponsored by Independent Agency Selection (IAS), are Joe Public United and Chicken Licken.

Five years ago the owner and founder of Chicken Licken, George Sombonos, approached Joe Public to discuss the agency taking over his brand. There was no pitch process involved, but rather a meeting of minds, shared values and chemistry that saw the account being awarded to Joe Public.

From the outset the agency was tasked with creating a virtuous circle of growth by building on Chicken Licken’s status as an iconic SA brand by creating fame for the brand and in so doing, growing the business and ultimately delivering against just one metric: to sell more chicken.

The client had high expectations from a creative perspective. Chicken Licken’s advertising had historically been quite Eurocentric. Joe Public recommended consciously focusing on telling African-centric stories, using African protagonists and injecting African humour, vibrancy and attitude into the creative work.

An implicit purpose for the brand was introduced and each television campaign was amplified with a digital extension of the idea.

Mutual trust has been a defining element of the agency-client relationship from the outset. As the agency points out: “We trust them to know their business, and they trust us to know ours – there is no micromanaging or approval by committee when it comes to execution.”

The agency says each new brief is an opportunity for both client and agency to renew and honour their partnership vows by ensuring the work is fresh and breakthrough. Joe Public believes this reinforces the client’s trust in the agency’s commitment to the business and maintains that this partnership is a shining example of how a client and agency should partner.

Despite the closure of stores during several lockdown periods, the agency ensured the brand continued to communicate and remain relevant and top of mind with advertising designed to keep the country’s spirits up. Campaigns were repurposed to reflect the new pop culture and social norms of lockdown.

Chicken Licken has seen double-digit growth of its business since 2016. Chicken Licken CEO Chantal Sombonos, who took over from her father after his death, says Joe Public found a way for the brand to remain relevant during 2020 while bringing a smile to SA faces through the brand’s latest campaign.

“Since Joe Public took over the Chicken Licken account, they have exponentially grown the value achieved in our media campaigns. This has primarily been due to their extensive relationships, knowledge and experience within the media industry, and that they consider themselves a partner rather than a supplier,” says Sombonos.

Joe Public’s work for Chicken Licken has been recognised by numerous creative awards shows including the Loeries, the Pendorings, Creative Circle, Ciclope Africa and Bookmarks.

Johanna McDowell, founder and CEO of the IAS, the sponsor of this award, points out that the relationship between Joe Public and Chicken Licken has continued to grow and flourish even in the most difficult of periods in the history of the quick-serve food industry. “The relationship, now a mature five years old, has thrived and become even more innovative in the past 18 months with mutual trust and some unforgettable creativity a key ingredient in this highly successful partnership.”

AdFocus jury chairperson Tumi Rabanye says what made this entry stand out is Joe Public’s creative leadership, which enabled significant trust from the client. “The creative licence afforded to the agency by this client is a demonstration of faith, trust and a genuine business partnership which is rare in this industry and what many still aspire to,” she said.

‘The creative license afforded to the agency by this client is a demonstration of faith, trust and a genuine business partnership which is rare in this industry.’