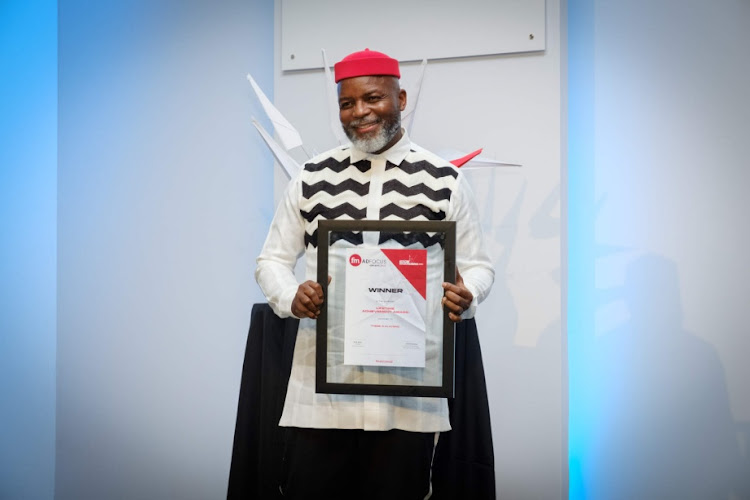 An author and thought leader, Thebe Ikalafeng almost didn’t end up in marketing, as he started out studying accounting. But the accounting profession’s loss was the marketing and branding industry’s gain.

Ikalafeng left Wits mid-course after being awarded a scholarship to study in the US, where the marketing bug hit. The local chapter of the American Marketing Association ultimately rewarded him “for excellence and aptitude in marketing”.

Not one to be content with simply having a degree in marketing, Ikalafeng went one better. He obtained an MBA in strategy and marketing from Marquette University in the USA in less than a year, before getting a job at Colgate Palmolive in New York.

On his return to SA Ikalafeng was one of only a few black South Africans with an MBA. He was confident, assertive and not afraid of challenging the status quo, yet not every head-hunter’s ideal of the perfect employee.

“I went to an interview with a head-hunter at Renwick for a job at Southern Sun, expecting to be offered the job. You can imagine how surprised I was when the head-hunter said he was not going to recommend me for the job because I wasn’t employable and I wouldn’t be good at following rules. He suggested I needed to be somewhere where I could make my own rules.”

It was during this time that Ikalafeng wrote his first book, Conquer the Job Market. It was aimed at guiding young professionals on ways to market themselves for opportunities. In essence it was a personal branding book, the first on the continent by an African.

Job offers did come, and some of these Ikalafeng realises with hindsight he accepted for the wrong reasons. “I accepted a position with Sun International. What attracted me to the company was the perceived glitz and glamour. To be honest, I imagined I’d be hobnobbing with international celebrities at Sun City. My 14-month tenure [reinforced] my moral objection to gambling.” The lesson was a valuable one: don’t ever work for an organisation if you don’t like its product or its culture.

When Ikalafeng was offered a position at Nike South Africa, he was at first not impressed. “I thought Nike, based in a warehouse in Kyalami, was for jocks and not for someone who saw himself dressed up and based in corporate headquarters in Sandton.” It was only after the company sent him to the Nike campus in Portland, Oregon, that Ikalafeng started to get caught up in the excitement of the brand, and was sold.

With fewer than three years’ working experience, he was offered the position of head of the Nike brand at a time when it had little presence in SA; it lagged Reebok, Adidas and Puma.  Ikalafeng was soon promoted to group chief marketing officer for the continent. Under his watch – and together with the country’s then leading advertising agency, The Jupiter Drawing Room – the brand grew significantly, racking up global awards for creativity and effectiveness at an incredible rate.

So successful was Ikalafeng’s tenure in this position that in the next six years he won more than 75 awards in branding and marketing communication globally. In one notable year, Nike Africa won more Cannes Lions than Nike globally.

“I loved Nike,” Ikalafeng admits. “I arrived at a time when the brand was in its infancy on the continent and required an entrepreneurial and maverick approach, not a formula. I thrived under those circumstances.”

Ikalafeng left the corporate world in 2002, not for money but for a bolder purpose, founding the Brand Leadership group, a pan-African branding advisory firm, which was at the time the first branding agency established by an indigenous African. Fewer than 10 years later, he founded Brand Africa, a nonprofit intergenerational movement to inspire a brand-led agenda to drive Africa’s image, reputation and competitiveness and to advocate for made-in-Africa brands.

This year’s AdFocus jury agreed that not only is Ikalafeng a legendary marketer, what sets him apart is his consistent commitment to his purpose of seeing African brands compete on a global stage, and that this makes him a worthy winner of the Lifetime Achievement award.

What sets him apart is his consistent commitment to his purpose, which is to see African brands compete on a global stage.