TV commercials: do the viewers get the point?

Ads that are easy to understand and single-minded in their purpose, and that tell great stories, deliver better message takeouts to their audience, says consulting firm Kantar 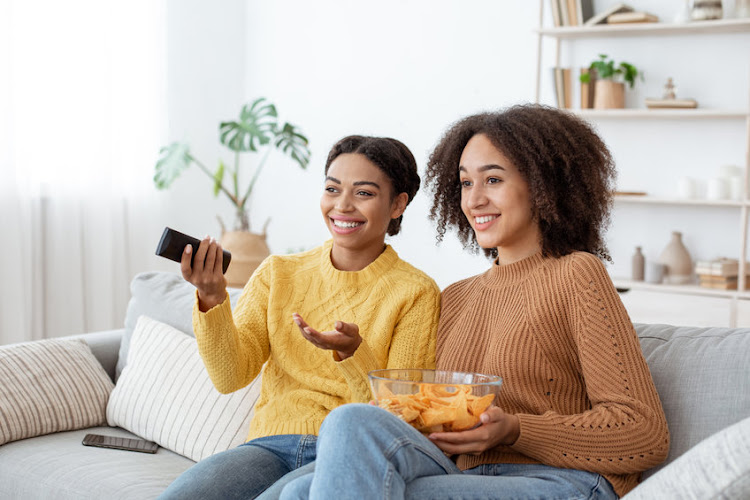 South Africans are engaging less with television advertising even though they are spending more time watching — a fact that will lead brands to question the cost and efficacy of big-budget TV ads.

This is a key finding from new research done by insights and consulting company Kantar in its "Best Liked Ads" survey for the first two quarters of this year.

Kantar says: "Regardless of increased TV viewing hours in the past year, we see that consumers struggle to recall the ads they saw. Our data reveals that the average [rate of recall] in SA is on a continual decline, dropping from 22% in 2016 to 14% in 2020. So it’s high time we paid attention to what’s dominating that screen time and found ways to engage with the SA audience to ensure they remember the brands behind the stories."

But TV advertising cannot be consigned to the bin; the medium remains powerful and influential. Thinkbox, the marketing body for TV in the UK, says its latest data shows that TV remains a huge part of consumers’ lives and makes up nearly 70% of an average person’s day in video consumption, beating online content from YouTube and Facebook.

Natalie Botha, head of creative development at Kantar, says: "We know from testing hundreds and thousands of ads in SA that getting your message right is hard. Ads that are easy to understand and single-minded in their purpose, and that tell great stories, deliver better message takeouts to their audience. If the consumer loves the ad but cannot remember or recall the brand, you’ve wasted your money."

Kantar believes it’s time for a refresher on the purpose of advertising. 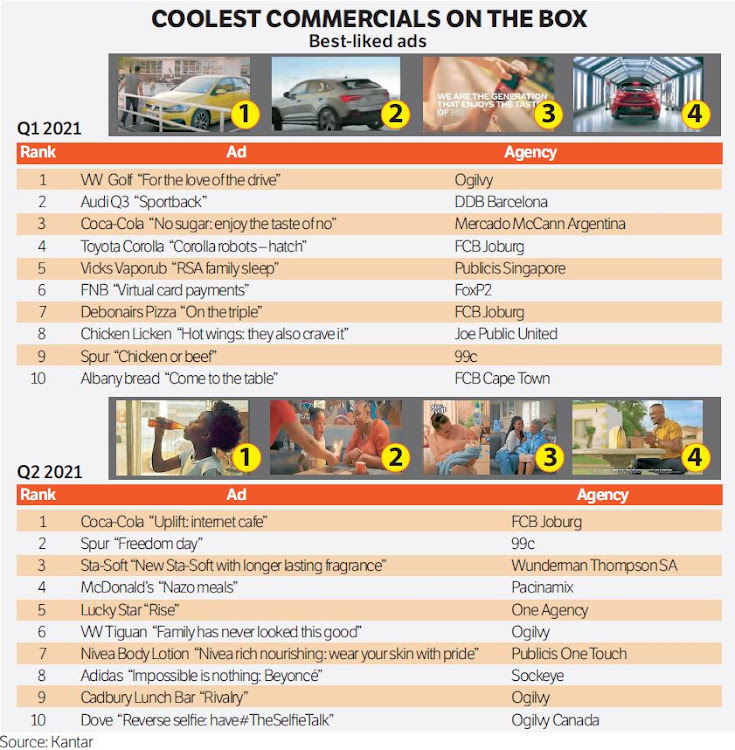 The company says that while advertising needs to grab the attention and create an emotional connection with people, it also needs to be memorable.

Kantar says consumers approached 2021 with a sense of cautious hope. A positive consequence of the pandemic is that it highlighted the importance of connecting and spending time with family and friends.

This was reflected in the advertising that made an impact in the first half of the year.

One example of this was seen in a Volkswagen ad by Ogilvy called "For the love of the drive". It showed a father and daughter listening to their favourite song on the way to school.

Other brands plugging into this sentiment were Albany Bakeries, showing a gathering of family and friends, and fast-food brand Chicken Licken, which depicts aliens from another planet sharing dinner.

In a similar vein, national pride was emphasised. An example was Spur’s ad inviting those who missed out on their birthdays in 2020 to celebrate the day belatedly on Freedom Day as SA’s birthday.

A global ad for beauty brand Dove called "Reverse selfie: have the #SelfieTalk", by Ogilvy Canada, triggered an emotional response from local audiences.

Another revelation from the research is that old campaigns had a new impact in the first half of the year.

An example is based on a campaign from sports brand adidas that was originally flighted in 2004. It starred boxing legend Muhammad Ali in his prime and ran in more than 50 markets, featuring 22 athletes from around the world.

The 2021 reboot of the campaign involved the release of 20 new vignettes of global personalities from sports and culture. It has been dubbed the brand’s "most ambitious content series to date".

Kantar says: "Our studies tell us that true wear-out of a TV ad is rare, and that many TV ads could have a longer useful life than advertisers realise."

The lockdown in 2020 had viewers glued to their TV sets, and the commercials they liked best were those that conveyed feel-good messages countering ...
News & Insights
11 months ago
Next Article