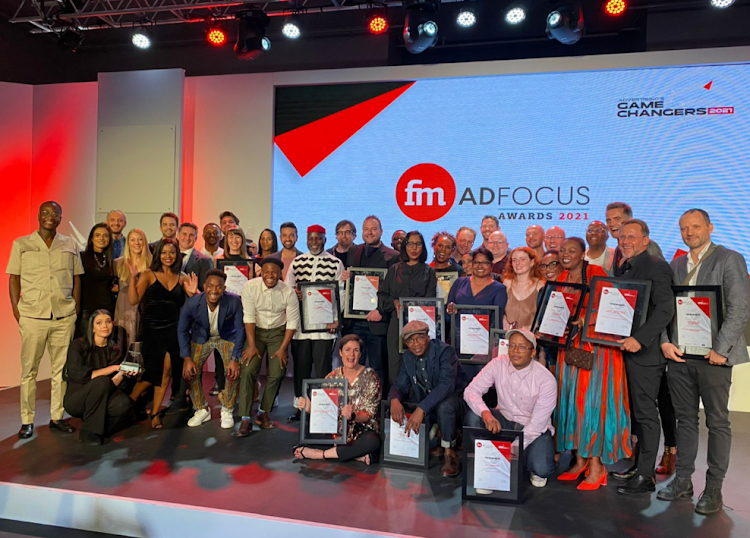 Joe Public United came out on top in five categories, including agency of the year, at the 2021 FM AdFocus Awards. Picture: SUPPLIED

Amid the pandemic which can, in a word, be described as “disruptive", Joe Public United (JPU) continues to lead the way as a game changer, maintaining its commitment to serving the growth of its people, clients and the country.

To celebrate the industry’s triumph over circumstance, the theme for this year’s Financial Mail AdFocus Awards shone the spotlight on how advertising’s game changers take on change.

Recognising the purpose-led leadership of the agency as well as its ability to capture and transcend the mood of the country to build brands that can inspire and move people, the FM AdFocus Awards named Joe Public United as the Overall Agency of the Year 2021.

Also, the agency's client Khensani Nobanda, group executive for marketing and corporate affairs at Nedbank, received the Industry Leader of the Year Award.

All five awards ...  highlight our consistent drive towards achieving our purpose of serving the growth of our clients, people and country

In their 32-year history, the FM AdFocus Awards have earned a strong reputation for showcasing and celebrating agencies that transform, disrupt and change the game, those which nurture and build the industry’s human capital and deliver highly effective business results for their clients.

“Being recognised as Overall Agency of the Year is a testament to the hard work and dedication of our staff and the support from our clients,” says Gareth Leck, group CEO at Joe Public United. “All five awards showcase the performance of the group, but they also highlight our consistent drive towards achieving our purpose of serving the growth of our clients, people and country. Our ongoing efforts to change the game also saw the group expanding in 2020 and 2021 with the opening of offices in both Cape Town and Durban.”

Group CEO Pepe Marais says: “The FM AdFocus Awards are an extraordinary full stop to a challenging year of growth. Our Nedbank client, Khensani Nobanda, was awarded Industry Leader of the Year. One of our rising creative stars, Tshepo Tumahole, was awarded Shapeshifter of the Year. Our partnership with Chantal Sombonos-Van Tonder from Chicken Licken was awarded Partnership of the Year. Our endeavours towards serving the growth of our country are recognised through the Transformation Award, all culminating in JPU being awarded Overall Agency of the Year.”

This article was paid for by Joe Public.