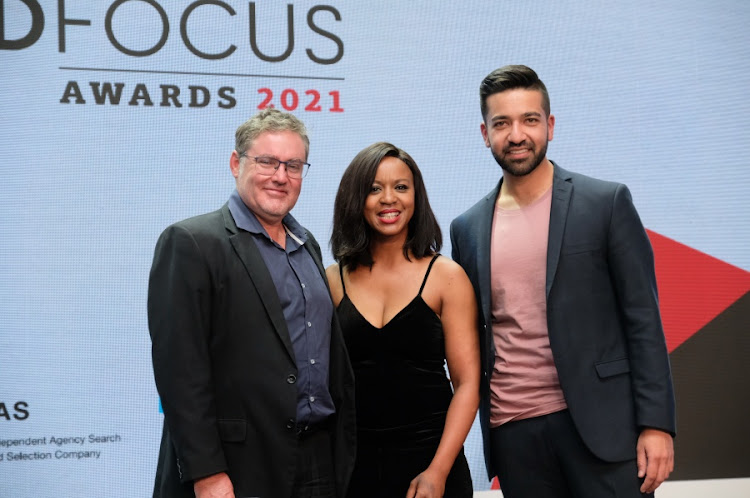 M&C Saatchi Abel Group was the only agency in SA to be shortlisted as one of the top three finalists in six award categories – and to win two – at the 2021 FM AdFocus Awards.

The agency group’s sport sponsorship agency, Levergy, won the Adaptability Award for successfully pivoting its business offerings in the face of a global pandemic. Ray Langa, MD at Levergy, points out that “the true test of a successful agency in these times is whether it is willing to roll with the punches, stand up, dust itself off and say: ‘Okay, that didn’t work, but what can we do differently when we try again?’ and then seeing this not as a failure, but rather as a step towards a solution in the never-ending process of shapeshifting in the face of change”.

Razor, which was established less than two years ago, was shortlisted for this same award in 2020, just a few months after opening its doors. Dustin Chick, partner and MD at Razor, says the agency considers itself a strategic communications partner to its clients. “We don’t want to limit our thinking or way of doing things by pigeonholing ourselves into only doing public relations and reputation management. This approach also helps us measure our success in terms of our clients’ business effectiveness.”

M&C Saatchi Abel was one of the top three finalists in the Large Agency of the Year category for a second row running, after having won this award in 2019.

The group’s achievements “speaks volumes about the fact that we keep showing up among the best of the best across the industry – particularly during a time when we’ve had to push harder to maintain the same level of striving for excellence that is ingrained in the fibre of our entire group,” says Mike Abel, chief executive partner at M&C Saatchi Abel Group South Africa.

“These award nominations and wins help us to measure not only our outputs, but also our inputs, which we define through embracing a brave approach and being audacious about going against the grain, and through the obsession that drives our creativity and strategic thinking,” he says.

Faheem Chaudhry, partner and MD at M&C Saatchi Abel Johannesburg, will chair the AdFocus jury in 2022.

M&C Saatchi Abel’s achievements at the AdFocus Awards speak volumes about it keeping to show up among the best of the best across the industry.