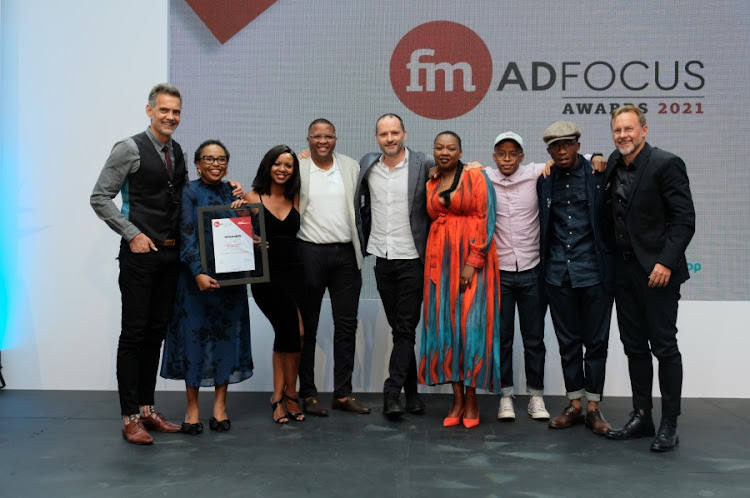 Joe Public United is the 2021 FM AdFocus Agency of the Year. The agency won the large agency of the year category for the second consecutive year, as well as the Transformation Award and, together with Chicken Licken, the Partnership of the Year Award. Tshepo Tumahole, integrated creative group head at Joe Public United Joburg, was awarded the Shapeshifter Award.

The large agency category is a highly contested one in which agencies compete aggressively. This year Joe Public was up against two other finalists, TBWA and M&C Saatchi Abel; M&C Saatchi Abel won this category in 2019.

The fact that Joe Public pipped both TBWA and M&C Saatchi Abel to the winner’s podium this year reveals the hard work it has put in. “Joe Public’s entry demonstrates what an agency can achieve if it sets its eyes on a particular goal,” says AdFocus jury chair Tumi Rabanye.

Despite a constrained economy and losing the Jet account after it was placed in business rescue, Joe Public achieved revenue growth of 18% in the period under review, retained all its other top-tier clients, achieved organic growth of 10% and added new business to the value of R45m. Combined, this put the agency in its strongest revenue position to date – certainly not a shoddy achievement in this economic climate.

A proprietary brand planning process which allows the agency to deliver business purpose to clients gained steady traction after being applied to a number of new clients during the period under review.

There is no question that Joe Public’s transformation credentials put it in a league of its own, making it a worthy winner of this year’s AdFocus Transformation Award.

The agency’s transformation journey has been 10 years in the making, culminating in it becoming the largest majority black-owned independent agency in SA. The agency has 63% black ownership and 26% black women ownership with a MAC Charter B-BBEE Level 1 rating.

Its employment equity targets, which were already under way long before transformation codes became an imperative, are among the best in the industry.

Transformation at Joe Public is not a box-ticking exercise. Instead, sustainable transformation is regarded as a critical ingredient in delivering on its growth purpose. By embracing diversity, the agency believes that not only is it creating a culture in which people of all races, genders and backgrounds flourish, but it is better positioned to deliver an excellent creative product that resonates with consumers, which in turn grows its clients.

Creatively, the agency continues to perform well. It has been ranked the No 1 creative agency in the Middle East and Africa region for three consecutive years at the Loeries Awards as well as agency of the year with successive wins at the Ciclope Africa Awards and Supersonic New Generation Social & Digital Media Awards.

Joe Public United group CEO Gareth Leck says being recognised as agency of the year is a testament to the hard work and dedication of staff and the support from clients. This year’s AdFocus awards not only showcased the performance of the group, he adds, but “highlighted the agency’s consistent drive towards achieving its purpose of serving the growth of our clients, people and country”.

There is no question that Joe Public’s transformation credentials put it in a league of its own.