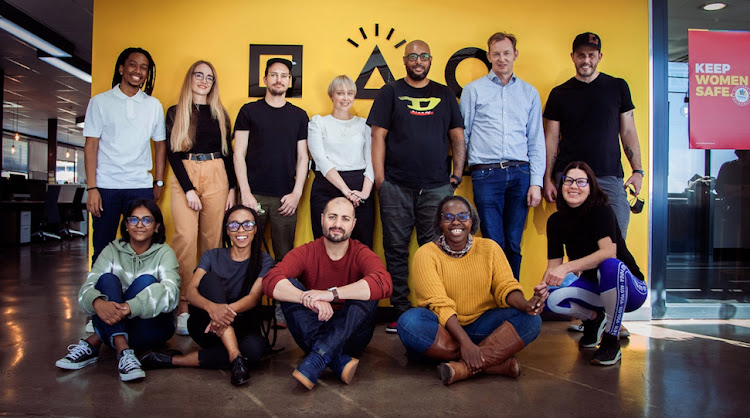 Pete Khoury says: 'Brands and agencies that are doing more than they're saying, are building their businesses for future success.' Picture: SUPPLIED/TBWA

Hot on the heels of last week’s success at the Cannes Lions, TBWA\Hunt\Lascaris Johannesburg has won Agency of the Year at the International Purpose Awards. The agency also bagged the Brand-led Best Advocacy Campaign category for its “Wear it for Me” campaign for MTN.

The Purpose Awards, held annually in London but conducted during a digital ceremony on June 29 and 30, recognise powerful and effective cause marketing for a greater purpose, which has become mainstream among big brands and companies.

Charities, non-profit organisations and public sector bodies have similarly upped their game, by producing powerful work in support of their own progressive causes.

The competition awards campaigns that use creative ideas to further positive causes and acknowledge the organisations behind them. They are open to agencies, brands, public sector bodies, charities and NGOs throughout Europe, the Middle East & Africa (EMEA).

For winning campaign “Wear If for Me”, TBWA\Hunt\Lascaris Johannesburg turned mothers into influencers to persuade the youth of Africa to wear masks to stem the spread of Covid-19. With many people refusing to wear masks or not wearing them correctly, the campaign was part of MTN’s drive to raise awareness about mask-wearing in its 21 African and Middle Eastern markets. 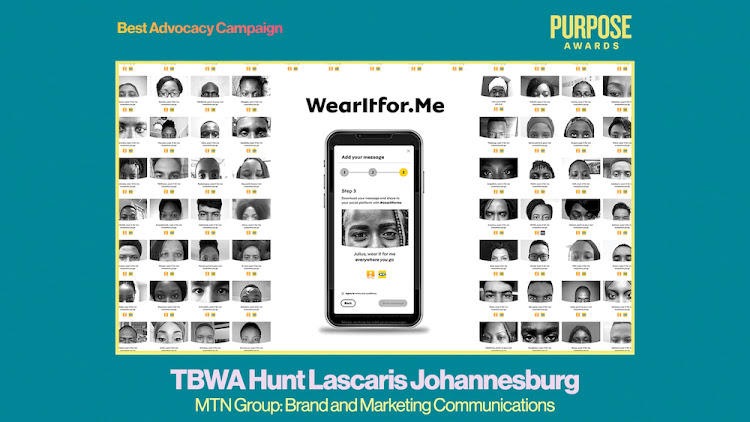 TBWA\SA has committed its resources, time and expertise to cause marketing for years, but in 2020 the agency doubled down on pro bono work.

The agency also addressed the second pandemic, of gender-based violence in SA, which earned it five Cannes Lions for the “Blame No More” victim-blaming campaign. It pivoted its clients’ marketing and leveraged resources, time and expertise to put 550,000 pairs of school shoes on children’s feet and provide 750,000 meals to people who were economically hit by the pandemic.

And TBWA\SA became the primary communication partner of the Solidarity Fund, set up to address the most urgent needs of the pandemic.

These campaigns did not “look” like charity: they were tangible expressions of purpose that the client, staff and customers could be a part of.

TBWA\SA group CEO Luca Gallarelli says: “We’re delighted to receive this latest accolade just a week after winning a Glass Lion for change at the Cannes International Festival of Creativity. We believe in the power of creativity to act as a force for good and, more importantly, a force for change. Producing purposeful work for our clients that makes a positive impact on our continent, is what drives us.”

TBWA\Hunt\Lascaris Johannesburg’s chief creative officer Pete Khoury says: “Brands and agencies that are doing more than they're saying, are building their businesses for future success.”

As a creative company, TBWA\SA gives up a lot of time, resources and energy into projects of this nature, annually.

“We use the power of storytelling not just to build brands and sell products but also to bring into awareness narratives that can affect society in positive ways. That can create real change,” Khoury says.

Ntombizamasala Hlophe, strategy director at Yellowwood, says: “Not many of us had an opportunity to do something about the pandemic. MTN had the bravery to respond with a single-minded focus on mask-wearing.

“That focus really liberated us to explore the most motivating reasons for wearing a mask; reasons that while universal could have a standout meaning in Africa.”

This article was paid for by TBWA\Hunt\Lascaris.

TBWA\Hunt\Lascaris Johannesburg wins at The One Show again