The evolution of public relations

Digital communication has become the first choice for brands and those who fail to recognise this will miss out. It is also cost-effective and, if done right, can do more for a brand's reach than other channels 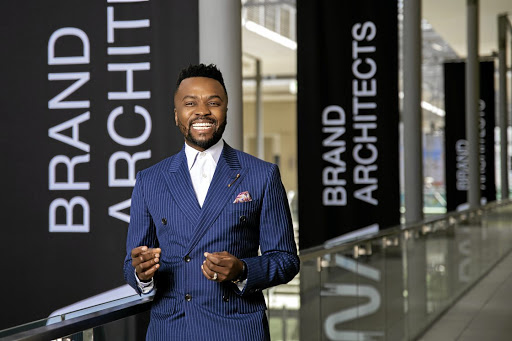 Much like every other industry, public relations has had to change. Since the onset of Covid, the industry has been forced to shift and rethink its approach from "hard sell" communication to a softer and more considered approach.

And that change has not always been easy, says Sylvester Chauke, founder of DNA Brand Architects, which became the first black-owned agency to win the prestigious Best Large PR Consultancy of the Year award at the 2021 Prism Awards.

Chauke tells the FM that in the past year it has become evident that PR has become a critical component in the corporate messaging mix. "This unprecedent period entrenched a powerful case for real PR and not in the frivolous cherry-on-top manner that it is sometimes perceived. From the onset of the pandemic and lockdowns, businesses needed to land their messages in different ways."

He says: "We found we were a lot busier assisting businesses and brands in crafting messages that lead to precise comprehension and action. Our brand campaigns also needed to adjust their approach to be empathetic to the challenges faced by consumers. We have to remember that a hard sell is not effective during a pandemic."

Chauke believes building relationships and seeding messages must reflect the mood of the country by explaining how brands are assisting consumers to overcome their challenges.

"Prioritisation of objectives and measurement was also critical as many businesses were retrenching, adjusting their ad spend and reviewing and resetting their creative messages."

Chauke says Covid has "turbo-charged" the adoption of digital solutions across brands, industries, and communities. "It was evident early in the pandemic that digital was where real growth was at as people increased screen use whether it be television, tablets, computers or mobile phones."

He says social media became a clear winner in communication. Chauke says digital solutions are now a first choice in communications for brands and those not in that space should be worried.

"Digital is cost effective and, if done right, is able to get the right levels of reach and shareability. That said, our job as agencies is to sharpen our ability to weave creativity into digital so that the work still carries inspiration and not be wallpaper.

The competition for consumers’ attention is intense so a creative and fresh approach will always be what we need to find."

Apart from the Prism Awards accolade, DNA Brand Architects has also been named by trade publication Adweek as one of the top 100 fastest-growing agencies in the world. It is ranked at number 39.

Chauke believes that public relations is no longer the last thought in the marketing mix. "The marketing mix nowadays needs to have a solid narrative to amplify the big idea or proposition across communities in a way that a traditional ad on TV cannot. Consumers expect brands to be omnipresent within their lives to stay firmly in their minds."

Meanwhile, the Prism Awards’ main accolade went to the Retroviral agency. It was named the SA Campaign of the Year for its "#MyKreepyTeacher" campaign for Kreepy Krauly. It is a parody of the Netflix documentary My Octopus Teacher, which was produced by South African Craig Foster.

Razor PR’s Dustin Chick was named for Best PR professional; Atmosphere communications was named best midsized consultancy; and the winner of the best small consultancy was The Friday Street Club.

Key to business success is commitment to diversification – of employees, business offerings, strategies and your business footprint
News & Insights
3 months ago

Creative awards: How to find the touchpoints

Hunt Lascaris is a shoo-in for top spot in the latest ranking of creative advertising — a critical guide for marketers looking to benchmark their ...
News & Insights
4 months ago