Would you grow it or blow it? 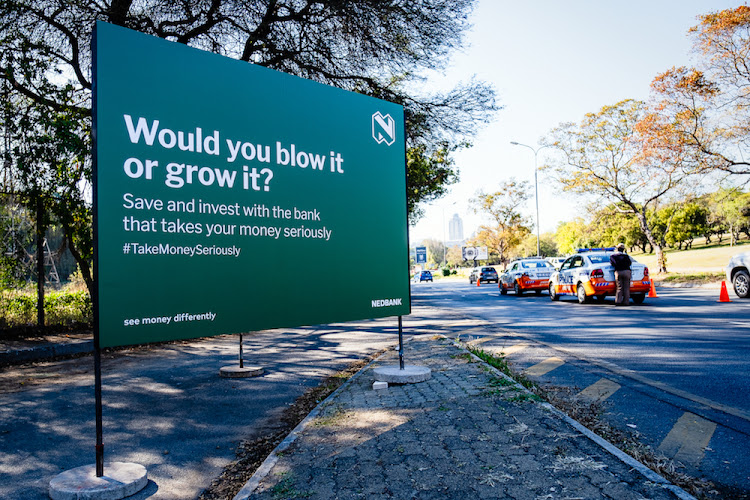 When it comes to money, South Africans are notoriously overextended, with one of the lowest savings and highest debt-to-income ratios in the world. Nedbank, a bank that has always championed taking money seriously, wanted to create social consciousness around excessive consumerism and irresponsible money behaviour.

To achieve this, integrated brand and communications group Joe Public United and Romance Films brought to life a campaign that subtly subverts the signals of advertising to get people to think more critically about the thousands of messages exhorting them to want more and spend more.

The anti-advertising campaign was created through a series of fictitious product commercials. But instead of selling products, the campaign strikes the conscience of South Africans about the need to #TakeMoneySeriously by joining the bank that already does.

“As a bank that wants to use its expertise to do good, we, together with Nedbank, found that this is an opportunity to draw attention to the reality of overspending and irresponsible borrowing, as well as the urgent need to save and invest for the long term. We had to ask ourselves how to awaken a social conscience of ‘investorism’ rather than consumerism?

“The result is a thought-provoking campaign that takes the same advertising messages that usually encourage spending and, instead, use them to stimulate critical thinking and challenge underlying presuppositions around banking and money,” says Xolisa Dyeshana, Joe Public United chief creative officer.

Directed by Greg Gray of Romance Films, each of the five films in the campaign appears, at first glance, to be a commercial we are all familiar with: the luxury car on the wide-open road, the edgy basketball player with the cool new kicks, the shiny features of the latest smartphone, the sophistication of the cocktail lounge, and the ethereal sensuality of perfume. These are all recognisable tropes that we understand, respond to and give meaning and our money to.

However, as each film progresses, the allusions to unchecked spending gradually become more pronounced, revealing that all that glitters is not necessarily gold. Explicit references to banking clichés are intentionally held back to build interest, intrigue and impact before revealing that this is, in fact, a commercial for a bank.

Romance Films was challenged to create a sense of the unexpected within each trope to break through viewer complacency with conventional executions. Working in collaboration with Joe Public United, the thinking and film treatment was pushed to arrive at something distinctive and evocative. This campaign features products in their most desirable and aspirational, but financially perilous, way possible.

The fully integrated 360-degree, through-the-line campaign will continue to roll out across all mass media platforms, digital media, outdoor advertising and PR, to help people understand the impact of their money choices, good and bad, offer alternatives to old spending patterns, and ultimately #TakeMoneySeriously.

Watch the films below: