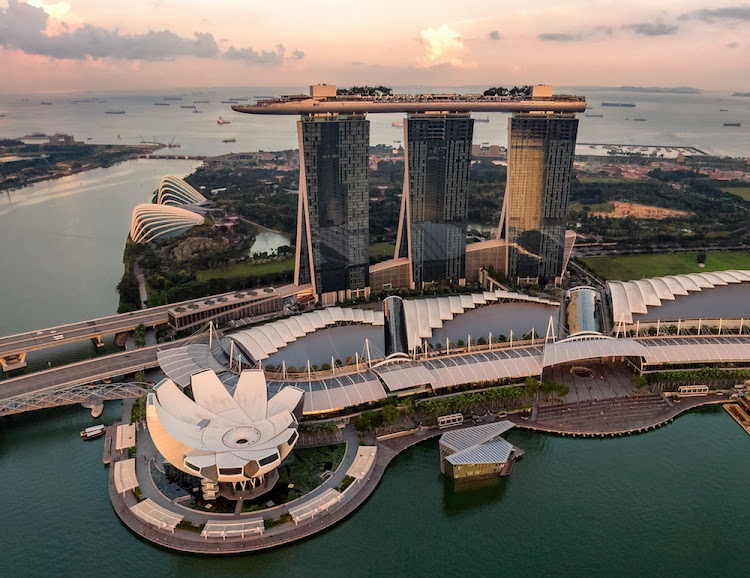 As any enthusiast of the modern toilet will know, most of the public restrooms in Singapore are as spotless as the rest of the city. Picture: UNSPLASH/HU CHEN

I won’t be the first person, and certainly not the last, to point out that Singapore has a lot going for it. It’s second only to Hong Kong on the Index of Economic Freedom; the World Economic Forum rates it the most “technology-ready” city in the world; it’s the third-most competitive country; it has the “best investment potential” and is the top “international meetings city,” to list just a few of the more recent accolades it has earned.

With so much going for the Singaporeans, some things were obviously not going to make it into their tourism brochures and literature; there just isn’t enough room to mention everything. Which, presumably, is the reason that the undeniable jewels in the city-state’s crown don’t warrant a mention. What other reason could there possibly be for neglecting to mention the toilets at Changi Airport?

Every agency gives advice, but it’s a rare one that heeds it

As any enthusiast of the modern toilet will know, most of the public restrooms in Singapore are as spotless as the rest of the city. You don’t get a reputation for being the cleanest city on Earth when your loos are a little lacking; when your bogs are, well, bog-standard. Public conveniences actually fall under the remit of the National Environment Agency, charged with promoting clean and well-maintained public toilets.

In fact, it’s illegal to use a public toilet without flushing it, and there are undercover police whose job it is to enforce this law, inspecting facilities after they’ve been vacated and imposing on-the-spot fines for non-compliance. There is even a grading system in place that identifies the best places to do your business.

Clearly, for Singaporeans, the cleanliness of public facilities is not something to be pooh-poohed. But it’s at Changi Airport, an airport that sees 60-million passengers a year, where their commitment to cleanliness really dazzles. It’s here where they’ve applied the (twice) Nobel prize-winning theory of behavioural economics to save millions in cleaning and maintenance costs.

As anyone with even a passing acquaintance with the male of our species will know, men and urinals are a very bad combination. A combination that, in most cases, leads to what scientists refer to as “splashback”: a phenomenon that not only spells doom for any man with fashion sense dubious enough to wear chinos, but also results in astronomical cleaning bills and unnecessary labour for maintenance staff. And no amount of witty in-toilet communication hilariously rhyming “sprinkle” and “tinkle” or threats of jail time is ever going to remedy that. It seems that, despite thousands of years of hunting for survival, men just can’t aim. 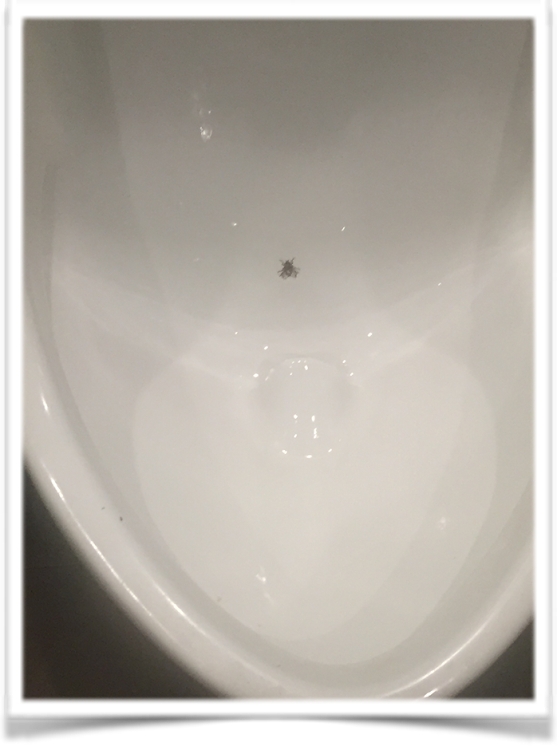 All things considered, a remarkably steady photo of a fly. Picture: STUART WALSH

Until there’s a fly. A urinal fly, as this poster child for behavioural economics has come to be known.

First used in the 1990s at Amsterdam’s Schipol Airport, and now applied across the world in forward-thinking (or aiming) societies, a urinal fly is a small lifelike etching (or decal) of a fly, placed near the drain of a urinal.

Flies being flies — that is, annoying and gross — and men being men [insert your own descriptor], the etching draws the man’s arm as he quite literally tries to “piss it off” and, in so doing, ensures that the bulk of his urine goes where it’s supposed to, rather than splashing onto the floor. Or his chinos. This simple little idea resulted in an 80% reduction in spillage and an 8% reduction in total cleaning costs. At an airport the size of Schipol, that’s not an insignificant number.

This fly and other related ideas are examples of what’s come to be known as a “nudge”: a choice that, according to the authors of the book by the same name, “alters people’s behaviour in a predictable way without forbidding any options or significantly changing their economic incentives.”

Instead of prescribing or dictating behaviour, nudging just makes it easier to do the right thing. It’s a Nobel prize-winning (2017) branch of behavioural economics that is as profoundly revolutionary for our understanding of human behaviour and how to shape it, as it is breathtaking in its elegant simplicity.

And it’s that breathtaking aspect that’s precisely why I must apologise if you were one of the men standing next to me when the Changi Airport toilets presented me with my first urinal fly: something I’d only ever read about.

My gasp of delight and one-handed fumbling with my phone while trying to take a picture was entirely innocent.

About the author: Stuart Walsh is chief strategy officer at Grey Africa.

This article was paid for by Grey Africa.

The brain uses routines and rituals to predict future behaviour, but a pandemic can turn all that on its head
Opinion
1 year ago