Valuable data about and insights into consumer behaviour, demographics and products are to be found in the new Marketing All Product Survey. Brands and marketers should find it a useful tool when planning their advertising budgets 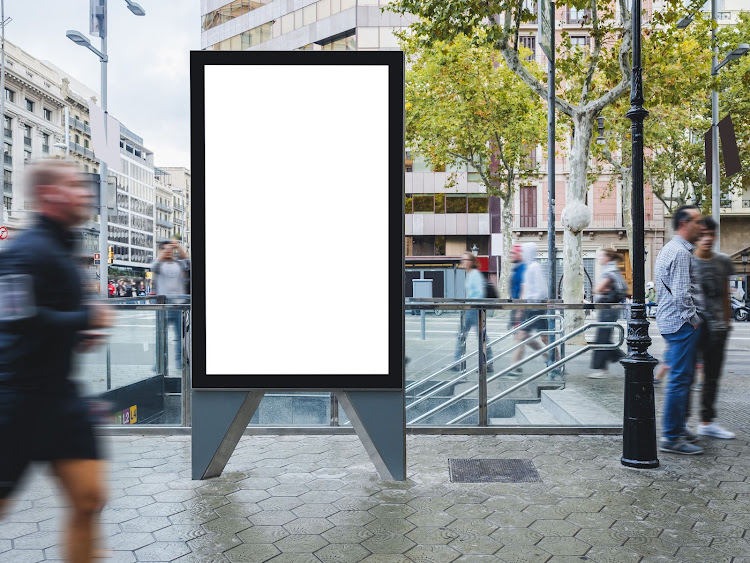 Television remains the most powerful media platform in the country, reaching almost 80% of the population.

This is the top line from the new Marketing Research Foundation’s first wave of the Marketing All Product Survey (MAPS). It provides a useful tool for brands in determining their advertising spend.

The survey shows that television and radio reach 79% and 73% of the population respectively, while 48% have read newspapers and 24% magazines and store magazines. Outdoor advertising was seen by 61%, 3% have been to the cinema and 50% have used social media. Top read publications include The Daily Sun newspaper, Drum magazine online and the Ackermans store magazine (which has since stopped publishing).

The top free-to-air TV and DStv channel is SABC 1. On OpenView it’s e.tv 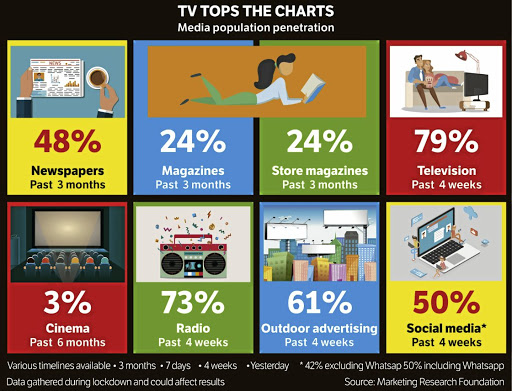 Other newspapers favoured by SA readers are Ilanga and Isolezwe. Close to 90% of these consumers read them on paper; the rest do it online.

Advertisers who wonder about the effectiveness of ad inserts or supplements will be glad to know that close on 80% of readers engage with them.

A marketing director in the retail space tells the FM: "Though they are often thought of as a waste and maybe even past their sell-by-date, inserts in the SA market continue to prove their resilience.

"If you need to move product or show specials, they are a no-brainer."

DStv continues to dominate the satellite TV domain, with a 49% market penetration. Its closest rival, OpenView HD, has only 7%.

As to when South Africans watch television, there is little change from previous surveys; the 7pm-9pm slot remains popular.

In the morning, fractionally more people seem to be watching between 9am and 10am than during earlier time bands, probably because of changed habits during the pandemic.

The top three television channels watched on DStv are SABC 1, e.tv and a tie between Mzansi Magic and SABC 2.

Free to air, SABC 1 is a good 17 percentage points ahead of rival e.tv.

Despite tough lockdown conditions last year, cinema continues to hang in: 27% of respondents said they had visited a cinema once every two to three months, and 23% said they went every four to six months.

The effectiveness of outdoor advertising remains a talking point among advertisers. The MAPS data suggests that advertisers should look at bus routes when buying billboard space. Those are the most viewed, followed by viewings from cars, and then minibus taxis.

The MAPS survey also looks at brand and service popularity.

It finds that about 95% of respondents have access to a cellphone. Samsung is the most popular brand. The average number of mobile devices in a home is 3.7. The top two insurance providers are Outsurance and Clientèle; the two leading car brands are Toyota and Volkswagen; and Shoprite is the top food retailer, followed by Spar.

New to the MAPS financial section is data about stokvels, to which 10% of the population belong.