As marketers swing back to traditional media as part of the advertising mix, the use of radio has come under the spotlight. The focus, says a media strategist, should be on how people engage with radio and how a brand or service can be sold effectively in a nonvisual manner 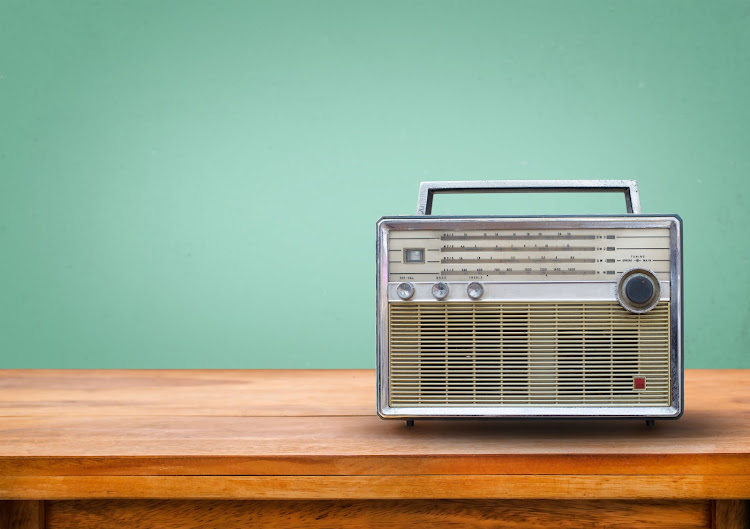 After a surge of advertising investment in digital media, marketers globally are beginning to reassess the contribution of traditional media in the advertising mix.

Media strategist Gordon Muller, founder of GSM Quadrant, says this is driven by a new philosophy of taking a more holistic view of media campaigns, and points out that even digital giant Amazon has invested nearly 40% of its advertising budget in traditional media.

Muller tells the FM there is a growing consensus that television still has a significant contribution to make to the advertising mix. But he says many marketers are less convinced about the contribution of radio. On whether radio is still a good media buy today, he says: "As always — it depends."

It probably comes down to the accepted definition of radio. Radio futurologist James Cridland tells the Australian industry trade website radioinfo: "You have to look at what we have access to. New music is available for anybody on Spotify, so there is no point in that. Traffic news is available on better formats like Waze or Google Maps. So we come back to the fundamental focus of radio being a shared experience with human connection."

Muller says: "Radio listenership remains ubiquitous. Over 80% of adult South Africans continue to listen to radio each week." However, he says: "If we analyse media inflation in SA over the past 20 years, it would seem to confirm the view that radio is not a good buy, or, at least, not a cost-efficient buy. Media Inflation Watch confirms that after decades of above-the-norm inflation, an average 30-second radio spot is 20% more expensive than an average 30-second TV spot."

Radio depends on the creative messaging. "Given the average age of the typical ad agency creative team, we can safely conclude that marketers are dealing primarily, if not exclusively, with digital natives — people who have grown up under the ubiquitous influence of the internet and other modern information technologies." 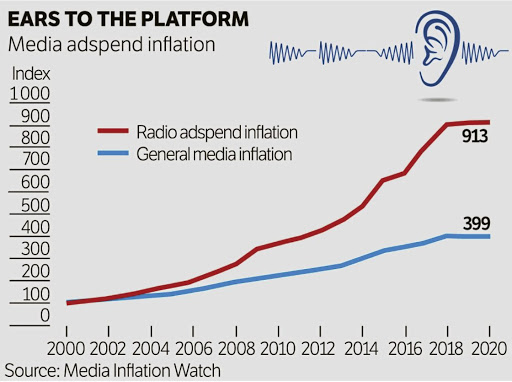 Being a digital native means that "you are in all probability a radio immigrant. Young creatives who, unlike previous generations, have not grown up listening to radio, invariably have no intuitive feel for the fundamentals of radio as a creative advertising medium. Whatever you pay for your radio campaign, if you flight mediocre creative content, it will not be a good buy. Because nobody will listen to it."

Muller says the key to success is moving the narrative from buying big audiences to buying big outcomes. More important is whether radio as a medium still works. "For decades we have all been selling ‘hearing’ to advertisers and misleadingly calling it ‘listening’. Listening is a conscious decision which requires concentration so that your brain can construct meaning and relevance from communication. Or advertising."

Muller believes it is no longer the number of people who hear a radio station that should define the exchange, but the way they choose to engage with the station.

"One in every four listeners is listening to radio through some form of mobile device," he says. "At the top end, 13% of regular radio listeners are also listening to podcasts, [mostly] from radio stations.

"Perhaps we should stop asking whether radio is still a good buy and start asking more fundamental questions like: ‘Can the properties of my brand or service be effectively sold in a nonvisual manner?’ If so, ‘what will it take to get someone to listen to me?’"

Should your brand be on audio streams?

Podcasting is growing in popularity in SA, and can be used as an effective marketing tool for your business
News & Insights
1 year ago