Ever get a Whatsapp voice note and think: ‘I really wish there was loads more of this’? 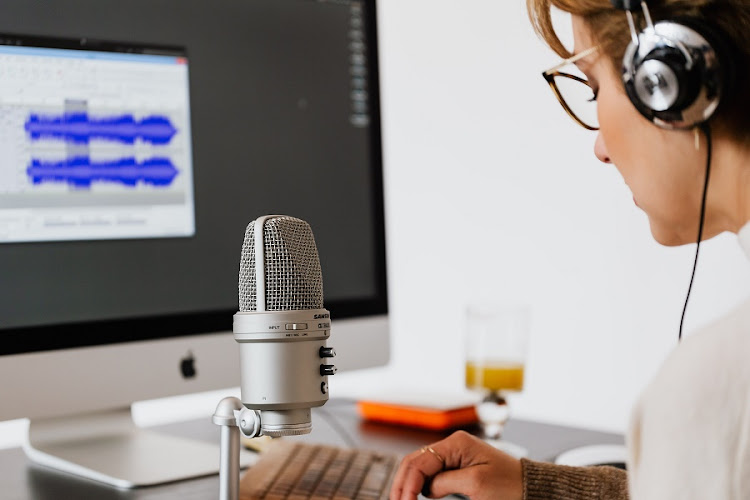 You're in luck as I welcome you to marketing, communications and social media in 2021 and beyond – an age in which we have gone audio crazy and the hot new broadcast platforms are sounding exactly like voice notes from your friend who “is busy driving, can’t type and thought I’d send a voice note’’.

We all have that friend and we secretly hate their voice notes.

For different reasons, voice, audio and sound are taking over from screens. We probably have Zoom fatigue, but we’re migrating to audio platforms en masse – and everyone is doing it.

Former US President Obama and Bruce Springsteen are set to break every listening record with their ‘’two mics, two renegades’’ sit down; Harry and Meghan gave up that Royal life to start a podcast, just like every, ummm, millennial. Netflix is trialling an audio-only experience of its shows. The Spotify-owned Anchor FM allows easy integration for bloggers to turn their written content into audio and vice versa. Even Lego has launched LEGO® White Noise, an audio experience built around the soothing sounds of sorting through bricks.

It is time to be heard.

It’s an invite-only, conference-like experience. Once invited – probably the hardest part – you get to choose from a range of “rooms”. Each room is hosted by a speaker on any topic you can think of.

As a visitor you cannot join in the conversation; it’s a one-way live broadcast.

I’ve seen it being compared to live radio – which it’s not, as there’s no interaction or subjectivity. I’ve seen it referred to as a live podcast – an interesting challenge to what we define as a podcast. I’ve seen it described as a conference killer – why carry the exorbitant costs within the limitations of a conference when it can be done for free?

Whatever it is, it’s fascinating to watch a new medium being born. The behaviour that Clubhouse creates and what it eventually becomes will have had its genesis in voice and sound. That’s all there is to it; you don’t even need microphones or studios, as people are broadcasting simply with their phones. iPhones, that is, as, along with it being invite only, at present it’s Apple only (an Android version is in the works), and as with any new app, privacy is being questioned. When you join it asks for access to your FULL contact list – for invite purposes, right? Questions are starting to be asked about moderation, and there is also ambiguity about who is recording these conversations and why.Along with Clubhouse, Twitter is trialling its own version, called Spaces; the billionaire entrepreneur Mark Cuban has invested in Fireside – a Clubhouse clone but with a very strong monetisation angle; and you can be sure Facebook is keenly watching.

Maybe it should ask Google how the original Hangouts worked out.

So why is big tech moving to audio and voice content or platforms?

It’s estimated that within two years there will be 8-billion digital voice assistants such as Siri and Alexa on our devices – triple what it was in 2018.

Wireless headphones are now outselling their wired cousins and the technology is getting more impressive and immersive. So you have people with really high-powered listening devices, and they need something to listen to.

As audio-content companies and creators, we now need to be less precious about our categories. When is radio not radio? What is a radio stream versus an internet radio station; what is DAB? Is a previously heard-on-air feature a podcast, and what exactly is a podcast? Do I need an iPod to listen?

It doesn't matter why people have moved to audio or what audio they are moving to. Maybe it will be short lived as people look to replace live experiences like concerts and the theatre until they can experience them again. Whatever the reason, people are looking for content to listen to.

And, as a radio station or podcaster, don’t get caught up in what you are, pay attention to what people want and how they want to consume it.

Ahmed Bouzid and Jeanna Isham, leading US-based Sonic Branders, call it The Sonic Revolution, and the challenge to brands, producers, creators, publishers or advertisers is to give people something worth listening to.

* Dias is head of creative at Ultimate Media

Podcasting is growing in popularity in SA, and can be used as an effective marketing tool for your business
News & Insights
4 months ago

There are as many podcasts as there are opinions, and for people new to the medium, where do you even start?
News & Insights
6 months ago

We are in a golden age of audio. Audio technology, from broadcast through to headphones and smart speakers, has never been more cutting edge – and ...
News & Insights
7 months ago
Next Article