What’s real, fake or something in between? 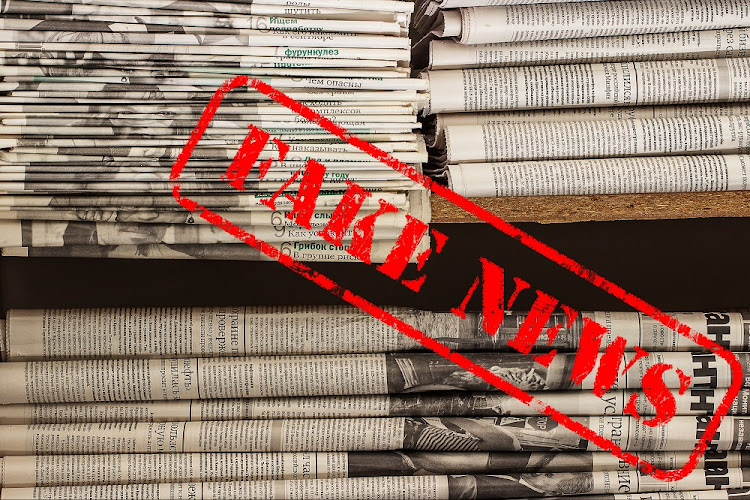 What’s considered “real” news and the media’s fight against fake news were discussed during a Future of Media digital event, hosted by Lisa MacLeod, vice-president of Wan-Ifra.

Pule Molebeledi, MD of news and media at Arena Holdings, started the discussion from the perspective of a large media house.

“What we have seen as an organisation is a rise of attacks in changing narratives. The new way we have seen this is through fake news, which can be debilitating and dangerous because it undermines democracy. It thrives on fear, which can lead to civil unrest,” said Molebeledi.

“We need to try to put a stop to these underhanded schemes that have been slipping into mainstream news and adverts. These attacks are unfortunately causing an existential threat to journalism as we know it.”

Tshepo Sefotlhelo, joint CEO at Vuma Reputation Management, said: “We have facts and opinions, and somewhere in between fake news has planted seeds of doubt. We are constantly fighting perceptions; you have to evaluate the platform, channels and the audiences. Every conversation is now scrutinised and everyone is a commentator and has an opinion. It has disrupted and deteriorated trust in news, from a racial, class and economic perspective globally.”

Jocelyne Muhutu-Remy, strategic media partnerships lead for Sub-Saharan Africa at Facebook, spoke about the psychology of fake news. “There are many motivations behind the propagation of fake news, one being financial motivation, another being fragmentation in media and the rise of citizen journalism. There is also the erosion of truth and the rise of alternative truth, with the addition of political motivations and alignments.”

William Bird, director at Media Monitoring Africa, weighed in. “’Fake news’ implies that something is news when, in fact, it’s more along the line of alternative truths or even propaganda. One of the biggest crises is mis- and disinformation being showcased on social media and a huge volume being distributed to audiences. This undermines knowledge and sows an element of doubt. It’s not only about the financial or political motivations; it’s being used in a systematic way to drive and shift narratives, creating false equivalencies where there doesn’t need to be.”

Molebeledi added: “In the past it was easier to distinguish the good guys and the bad guys when it comes to fake news, but what we are now seeing is the professionalisation of mis- and disinformation. It’s been used in a destructive way to divert attention from the real issues that the media is trying to bring to the surface.

“When you get this in an environment where you report to a more uninformed audience, it can be challenging. The last thing you want as media is to lose trust and credibility, but at the same time, if you get it wrong as mainstream media, admit it and resolve the issue: don’t give in to calculated attacks that social media or mis- and disinformation can bring.”

Muhutu-Remy gave some insights into Facebook and the stories it posts, saying that at the centre of everything it does are integrity and fighting fake news and hate speech.

“We need to separate hate speech and bad behaviour from false news as they are not the same. We remove all forms of hate speech or other human violations off our site, but cannot do this with all information because that would mean that Facebook would be the one needing to decide what is true and what is not.”

In a world where it is increasingly difficult to distinguish between real and fake news, and between opinion and propaganda, the media’s role as a guardian of the truth is more critical than ever

Brands can never be too interested in what the consumer thinks about them, which makes content provision key. But as they navigate a changing media ...
News & Insights
8 months ago
Next Article

How not to get hoodwinked by fake news

How a paradigm shift will decide the future of media

How not to get hoodwinked by fake news

How a paradigm shift will decide the future of media