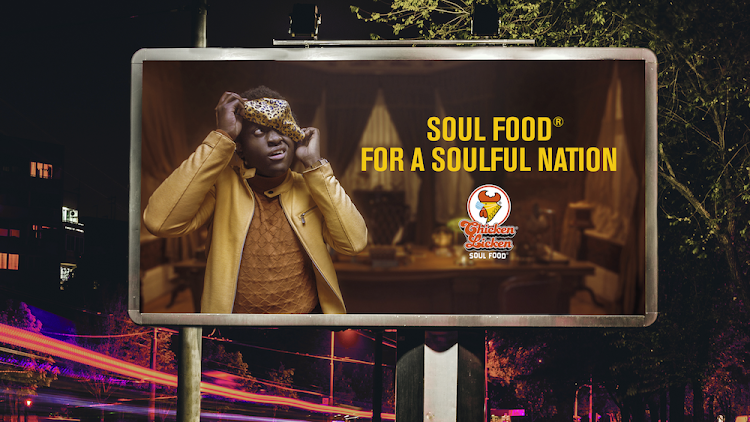 As the pandemic remains the headline act on the world stage, the scenes that unfold around us seem inescapable. But times like these have a habit of revealing each nation’s true character in the way it copes with a crisis.

In SA, it’s shone a light on the spiritedness of our people and on their resilience and tenacity. And, of course, it’s raised the curtain on a brand-new season of our famous sense of humour — with social media baring the nation’s soul through posts and videos by everyday South Africans, keeping us entertained through lockdown.

As a brand that loves to tell the stories of ordinary people doing extraordinary things, Chicken Licken sets out to pay homage to these everyday South Africans who have kept the country’s soul aflame through these tough times. So, together with its brand and communications agency, Joe Public, it has created a new brand film, both honouring our everyday entertainers and fuelling this spirit in the form of Soul Food for a soulful nation.

The film, directed by Tebogo “Tebza” Malope from Star Films, features recreations of some of the popular social media videos that have kept South Africans going during the last few months — starring the very people who created them — in celebrating their soulfulness.

“More than ever, brands have to keep a voice in the market space that speaks to the heart of what people are going through and truly connect to what they are feeling. That’s why it’s so important to see that a truly SA brand like Chicken Licken, with a deeply entrenched culture and heritage, has kept itsears to the ground.

In doing so, it’s harnessed the strength of its brand to elevate and celebrate the everyday South African during these challenging times. “It’s these insights that reaffirm how we can all be everyday heroes,” says Joe Public chief creative officer Xolisa Dyeshana.

Tyson Ngubeni plays the lead actor, as an everyday South African whose popularity has skyrocketed thanks to his hilarious videos about uniquely South African things. The film follows his character, a cultural expert of sorts, as he uncovers what makes SA such a soulful nation and how this, in the face of adversity, has somehow lifted the country’s spirits. Through these exploits, he is finally led to a Chicken Licken store, where he discovers the Soul Food that keeps this soulful nation going.