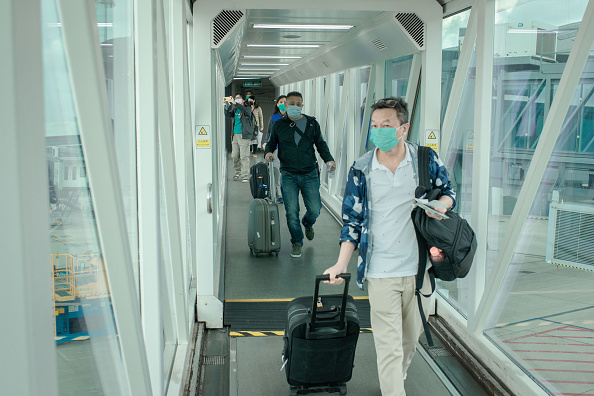 Newly released research from Kantar that measured consumer attitudes, media habits, behaviour and expectations between March 14 and 23 2020 revealed some interesting ways brands can stay connected to consumers during this unprecedented time. Critical to note is that according to Kantar’s Covid-19 Barometer there is still space for advertising.

Of course, since the study was undertaken the number of lockdowns announced by governments (including that of SA) has been growing. The study involved over 30 markets, with 25,000 consumers.

The research focused on four areas in regard to Covid-19: global attitudes and concerns, changing media consumption, what consumers want from brands at this time and shifting buying behaviours.

At the time the research was undertaken, consumers were worried about transmission and mortality rates, the impact of quarantine on their day-to-day lives and the economic effect of social distancing.

Seven out of 10 people mentioned that their household income had already been affected or that it would be. Some regions were reported as being more positive about the future than others, believing there is a good chance for markets to recover. This outlook was indicative of the economy before Covid-19 hit – the Chinese, for example, had a strong economy and faith in their government, while Spain was the least positive.

In addition, changes to routines were being made, such as more frequent hand-washing and the avoiding of nonessential contact with others, while there was a decrease in visits to pubs, restaurants and cafes. Many people were avoiding public transport and working from home.

Cinema has shown the biggest losses in terms of media consumed. There was an increased consumption of reality TV, online platforms, social media and messaging apps. WhatsApp gained most across the board, with TV coming in second. While WhatsApp showed the greatest increase across all age groups, younger markets favour Instagram and TikTok. This has major implications for media targeting and audience access.

Social media platforms are used for comfort, entertainment and interaction. Data from the UK, for example, shows that memes have become far less frivolous and more informative, conveying messages about social distancing.

Laptops and technology have become all-important as people are forced to stay indoors.

What brands and companies can do to support consumers and communities

According to the Covid-19 Barometer, with borders around the world closing, panic buying and businesses halting operations, consumers want brands to become more genuine and responsible, as well as more in tune with their needs and motivations.

Critical for brands is that they don’t exploit the situation to make money. In relation to staff welfare, and with employees working from home, consumers expect brands to play their part, make donations and, where possible, make facilities available to support this new landscape.

Notably, fewer than 10% of consumers believe brands should stop advertising during this time. That said, brand communication should not be self-serving, but rather focused on delivering messaging that supports government and consumers. Seventy-eight percent of consumers say brands should be helpful in their daily lives by communicating what they are doing in terms of combatting the virus and offering a positive perspective. To this end, tone is key – humour should be avoided and a reassuring tone should be adopted.

Kantar’s Jane Ostler explains that brands can “go dark” (stop all advertising) for six months before any negative effect is experienced, as long as the product or service remains available. It is, however, important to maintain some sort of presence. Any absence of longer than six months is seen as detrimental to a brand.

The financial crisis of 2008 showed that strong brands recover nine times faster than others, which is why it is imperative to balance short-term solutions with long-term success. Brands should actively consider how to allocate spend over the next few months.

Physical stores remain important in countries where consumers have not traditionally engaged in online shopping, particularly for items such as food, pharmaceuticals and beverages.

In the past month an increase in first-time online shoppers has shown that consumer behaviour is definitely changing. According to the research, 20% of people say they have been shopping less in physical stores, while nine percent say they shop more online.

Physical retailers have been redirecting resources and implementing additional safety measures that cater for various groups of customers. Call centres have been set up to take orders to accommodate those who lack experience in online shopping, and opening hours have been adjusted to help vulnerable shoppers.

Using China as an example, the research predicts which markets will be hardest hit by Corona-19. These include out of home, dining, travel, clothing, luxury goods, beauty and personal care; while there has been increased interest in goods such as medication, preventative measures and cleaning materials.

The luxury goods sector will be most affected – 61% of respondents say they have stopped spending on luxury items since the pandemic hit.

According to Kantar’s Covid-19 barometer, brands need to make staff safety a top priority, there is still space for advertising; there are new opportunities to reach audiences through online and social media strategies, and brand communication should have the right tone and message.

The impact of Covid-19 on the SA media environment

As consumers adjust their lifestyle habits in light of the threat of Covid-19, their media habits will also change; creating very real consequences ...
News & Insights
1 year ago
Next Article

How brands should behave during the Covid-19 pandemic

How luxury brands are adapting to Covid-19

How brands should behave during the Covid-19 pandemic

How luxury brands are adapting to Covid-19