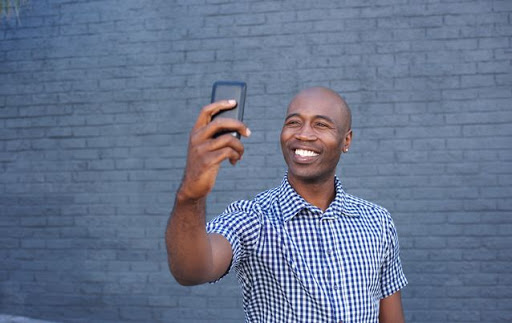 If a patent filed by Amazon is anything to go by, consumers will soon be able to pay for online purchases with selfies. Aimed at making online purchasing more convenient for shoppers, the patent will allow consumers to take a photo of themselves instead of having to enter a password.

The process works via facial recognition software, authenticating an individual’s unique features and therefore bypassing the need to remember passwords and keep them secure. And while filing for a patent is still a long way from actual implementation, Charlie Stewart of web development & digital marketing agency Rogerwilco says it is important to note where the move is coming from –  Amazon is the world’s largest retailer, and some of its previous patents changed the way people shopped online.

Stewart believes this “shopping by selfie” patent could do the same, particularly in the SA online shopping landscape, where mobile is the dominant way of connecting to the Internet. He says anything that has the potential to simplify the current unwieldy checkout process could change the way we shop and open the Internet to more online purchases.

With mobile’s 40% penetration rate (as opposed to the 5.3% attributed to fixed broadband), the focus for online retailers needs to be on mobile. Stewart says a larger portion of sales in SA should be coming through e-commerce, instead of the current 1% of overall retail that online shopping is now. He doesn’t believe the growth constraint is because SA is a poor country or that there is no disposable income. Rather it’s about usability constraints and retailers who are slow to jump onto the online bandwagon – in addition to lingering concerns about security.

The “pay by selfie” method uses biometric security but is not an instant panacea and comes with its own set of problems – predominantly around privacy concerns and the safekeeping of biometric data. Still, the use of facial recognition is undergoing a boom globally, with major players such as Google, MasterCard, Alibaba, American Express, PayPal and NEC in the process of researching or implementing these systems.

In SA a more low-tech solution is doing much to address security concerns – cash payments on delivery. A lack of credit cards is one reason why retailers such as Uber, Zando and Takealot.com have implemented cash systems; the other is that many consumers distrust the Internet and feel more comfortable with traditional ways of payment.

Stewart does point out, however, that it is easy to forget that online shopping is a fairly new construct and in SA, it has not been adopted as widely as it could be. “The key to growth for online retailers is innovation. Innovations such as Amazon’s ‘pay by selfie’ are particularly important for online retailers to enhance the convenience of purchasing by smartphone,” he says.

The big take-out: Amazon’s pending patent for “pay by selfie” should revolutionise online. It is innovations such as these that will enhance the growth of online shopping in the mobile space.