The Trump approach to political communication 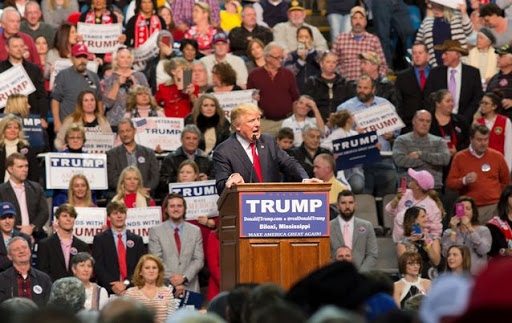 Brands are expected to be transparent, truthful and authentic in their communications. In contrast, the US presidential election has shown that the same principal does not hold true in politics. However, in a presidential race that has become increasingly ugly, some brands have inadvertently been drawn into the fray.

Donald Trump, in his campaign, appears to have broken practically every rule ever written about what is acceptable in a presidential bid. The Republican candidate holds nothing sacred – sexism, racism, bigotry, lies – you name it, he’s said it; and yet he has continued to garner a huge following and his statements on anything from gun control to immigration have earned him millions of dollars in free media coverage, despite the fact that his campaign budget is significantly less than that of his opponent, Hillary Clinton.

In an article posted on PR Daily, it was noted that Trump’s approach will change the way future politicians approach their communications. Perhaps the most successful element of his campaign, the article states, is that he has been able to communicate in a way that resonates with the everyday man. In a world where people feel anxious, angry and open to alternatives, Trump has filled a gap by speaking the language of his audience and tapping into their emotional truths.

Emotion has been a key component of Trump’s strategy – he has capitalised on the fact that voting decisions are not made with the rational mind and he has used the emotion around politics to his advantage. He’s also been consistent in terms of his master message – bringing everything back to the core of his campaign – to make America great again.

As a post on marketingweek.com illustrates, Trump has confirmed the trend we have seen in other Western countries, where outspoken outsiders have challenged, and even beaten, the political mainstream. He’s refused to play the traditional political game and in fact has built his entire campaign around the fact that he is different – standing out from his opponents in both his style and approach.

An integral part of Trump’s plan has been to dominate across every media platform. His willingness to offend provides editors with compelling content which serves to draw the attention away from Clinton’s own campaign.

In fact, so powerfully is the media’s attention focused on all things Trump that not even an innocent and seemingly unconnected brand such as Tic Tacs has remained unscathed. The Washington Post’s report on a conversation between Trump and Billy Bush in 2005 details how Tic Tacs have proved useful to Trump when he - ahem – identifies an attractive member of the opposite sex. He’s quoted as saying “I’ve got to use some Tic Tacs, just in case I start kissing her” – giving the tiny breath mints sudden and unwanted notoriety as Trump’s enabling device.

Tic Tacs quickly distanced the brand from Trumps remarks, taking to Twitter to assure consumers that it respects all women and saying it found Trump’s comments completely inappropriate and unacceptable.

This was not the first time a brand has inadvertently been dragged into the Trump campaign: last month Skittles responded to a statement made by Donald Trump Junior after he posted a tweet comparing refugees to Skittles. The brand responded by saying: “Skittles are candy. Refugees are people. We don’t feel it’s an appropriate analogy.”

The big take-out: Donald Trump’s presidential campaign has had the world entranced as he lurches from one unacceptable gaffe to the next – the world of political communications will probably never be the same again.